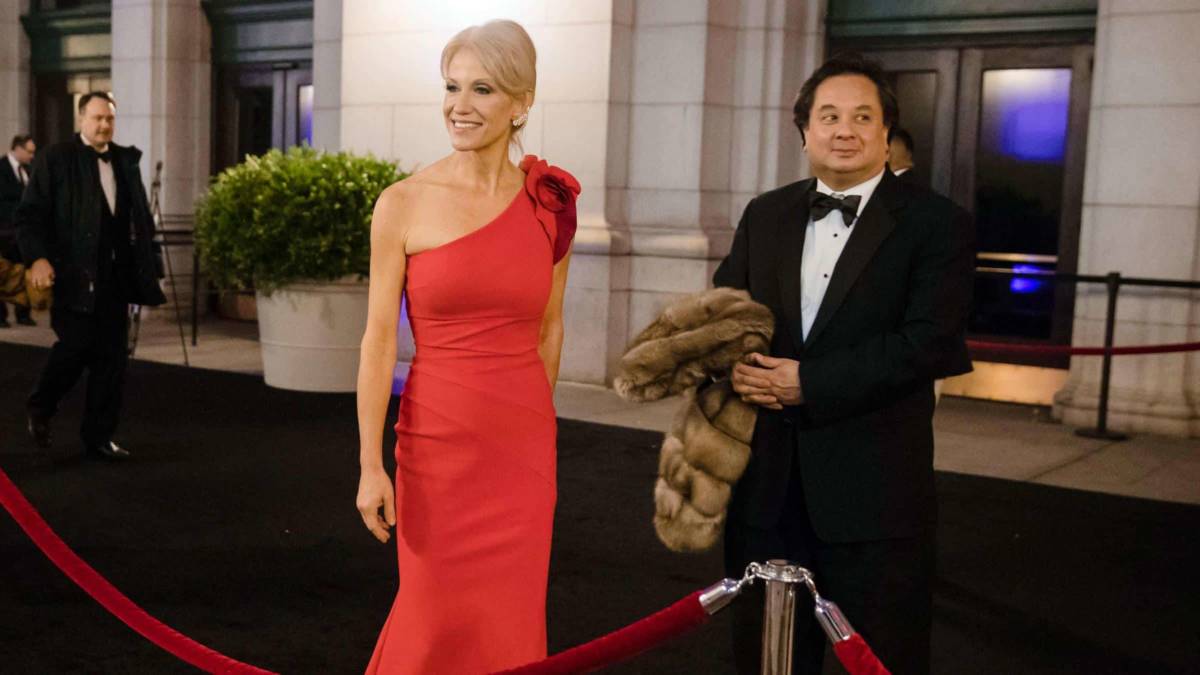 What everyone ought to know about Kellyanne Conway’s Husband George Conway: Age, Net Worth & More!

George Conway is Kellyanne Conway’s man. Kellyanne is an American household name because she is one of President Donald Trump’s most trusted wards. She was President Trump’s campaign manager in 2016, when Kellyanne became the first woman to launch a successful presidential campaign. Because of her feat, she is the US President’s political counselor and consultant. Despite how well Kellyanne has supported Trump, she, however, does not have a hold on what her husband, George, thinks, feels and says as George has been known to criticize the President.

By profession, George is a lawyer. This prominent man of the law obtained his Bachelor’s Degree in Biochemistry from Harvard, and later on, his Juris Doctor degree from Yale. For a time, President Trump had George in his short list of people to assume the post of United States Solicitor General. He started his illustrious career as a lawyer as he worked as a law clerk for Judge Ralph K. Winter, Jr. Judge Winter is a well-known and influential Senior United States Circuit Judge of the United States Court of Appeals for the Second Circuit.

In spite all of George’s achievements, he rarely makes public appearances unlike his wife who is always being interviewed and asked for updates regarding President Trump. He does tweet a lot about President Trump, and he usually criticizes the US President’s actions and decisions.

What is the nationality of George Conway?

Born and raised in Boston, Massachusetts, George is American. His mother is an organic chemist who hails from the Philippines. This makes George half-Filipino.

How tall is George Conway and how much does he weigh?

George Conway’s height is 5 feet 7 inches. He weighs around 187 pounds.

Is George Conway married or single?

George Conway has been married to Kellyanne Conway since 2001, which means that they have been married for 18 years. His wife is President Donald Trump’s chief political counsel. Ann Coulter, a well-known pundit and political columnist, introduced the couple. George and Kellyanne were married at the Cathedral Basilica of Saints Peter and Paul in Philadelphia.

How much is George Conway’s net worth?

George Conway shares a massive conjugal net worth with Kellyanne. In the 90s, Kellyanne made a fortune from building up and eventually selling her political polling business. Because of their political and business pursuits, the two have an astounding net worth of $39 million.

How many kids does George Conway have?

The couple has four children.

Who is Kellyanne Conway’s husband?

Kellyanne’s husband is George T. Conway III. He is an American lawyer who got his degrees from Harvard and Yale. What is interesting about this attorney is his rise to prominence as a political personality. George was the attorney who represented Paula Jones who, at that time of her controversy and popularity, filed a lawsuit against Bill Clinton for sexual misconduct. Because of this and other law-related pursuits, he became a candidate for particular posts for the US Department of Justice. To date, he has organized groups that have a stake in the political and electoral systems in the United States.

How old is Kellyanne Conway’s husband?

Lawyer. Windmill cancer survivor. Trying not to facepalm at the #clustertrump. Remember the #70days.

Will Trump and his enablers ever face accountability for the coronavirus massacre?

"There ought to come a time for a tallying: who did what when, during a life-and-death national crisis…None of this should be forgotten," writes @DavidCornDC. https://bit.ly/3e1bHSp

It would be most fitting if these weren’t full decks.