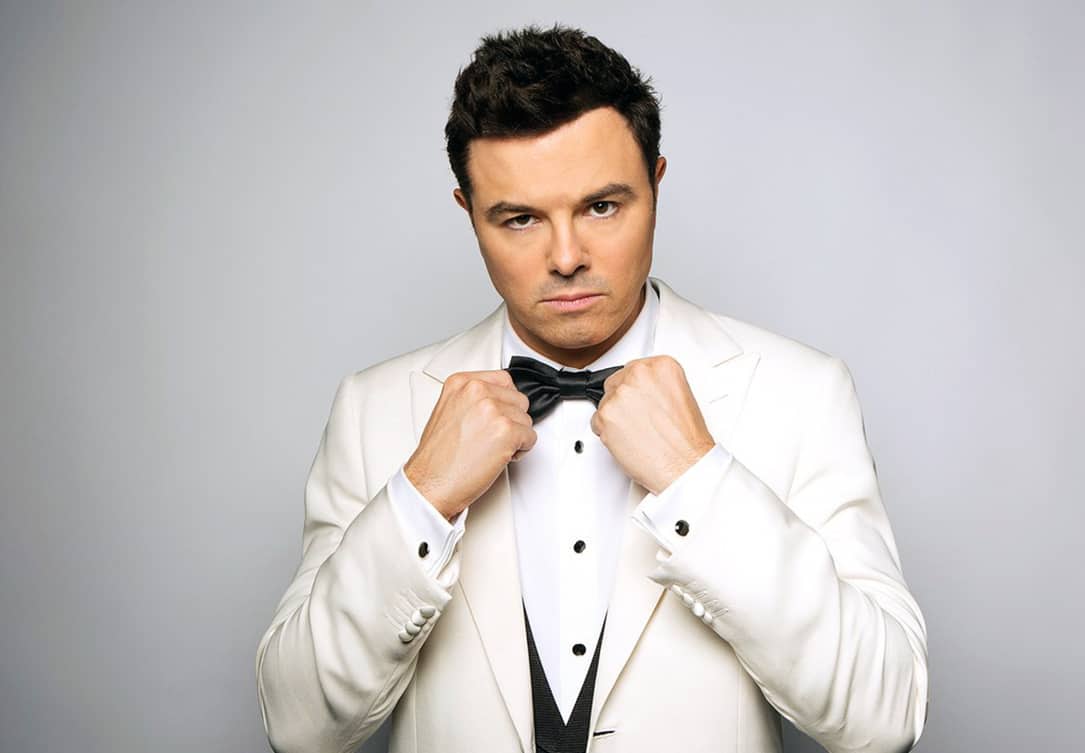 Talk about versatility, and there is no other guy in the film and TV sitcom industry as Seth MacFarlane. The 46-year-old is the creator of the TV series Family Guy. Not only that, MacFarlane voices pivotal characters in the series that include the Griffins, namely Peter Griffin, Brian Griffin, and Stewie Griffin.

Having attended and graduated from Rhode Island School of Design, where he honed his craft in animation, he has been known to render musical and song performances at Carnegie Hall in New York and the Royal Albert Hall in London. He has brought his talents to the big screen, creating and starring in films such as Ted and Ted 2.

Having come from a respectable background, and born in Kent, Connecticut on October 26, 1973, he has been known to be an advocate of gay rights. He, however, has said that he is straight. Although he has not been in any relationship for quite some time, he dated actress Nicole Sullivan. His sister, Rachael MacFarlane, is also an American voice actress and singer.

Early in his career, he worked, not as an animator but as a content writer for Hannah-Barbera. Later on, he was able to land a job as an animator and writer for Cartoon Network. There he wrote for famous kids animated shows such as Dexter’s Laboratory and Johnny Bravo, to name a few. All of these experiences led to his successful creation, writing, and direction of Family Guy. Backing up the success of Family Guy with a similar sitcom American Dad, he showcases his animation and animated voices for live audiences.

MacFarlane has had appearances in sitcoms, news programs, comedy shows, and independent films. At the height of his success, in 2002, MacFarlane guested in the Gilmore Girls episode “Lorelai’s Graduation Day.”

What is the Nationality of Seth MacFarlane?

Is Seth MacFarlane Married or Single?

How Much is Seth MacFarlane’s Net Worth?

With all his successes in television animation and in film, Seth MacFarlane has amassed a net worth of $200 million.

How Many Kids Does Seth MacFarlane Have?

Seth MacFarlane does not have any children.

Who Does Seth MacFarlane Voice in Family Guy?

Where is Seth MacFarlane From?

Seth MacFarlane was born and grew up in Kent, Connecticut.

The Official Twitter Page of Seth MacFarlane - New album “Once In A While” now available!

How to ensure you don't get follow-up questions on Fox, apparently.

Good to see Americans taking a rigorous scientific approach to the eradication of #Covid_19.
#Coronavirustruth

Paging Mr. Darwin. Here's a look at what states are exempting religious gatherings from stay at home orders: https://www.cnn.com/2020/04/02/us/stay-at-home-order-religious-exemptions-states-coronavirus/index.html

We've seen all too terribly the consequences of those who denied warnings of a pandemic. We can't afford any more consequences of climate denial. All of us, especially young people, have to demand better of our government at every level and vote this fall. https://www.latimes.com/politics/story/2020-03-31/trump-rolls-back-fuel-economy-standards