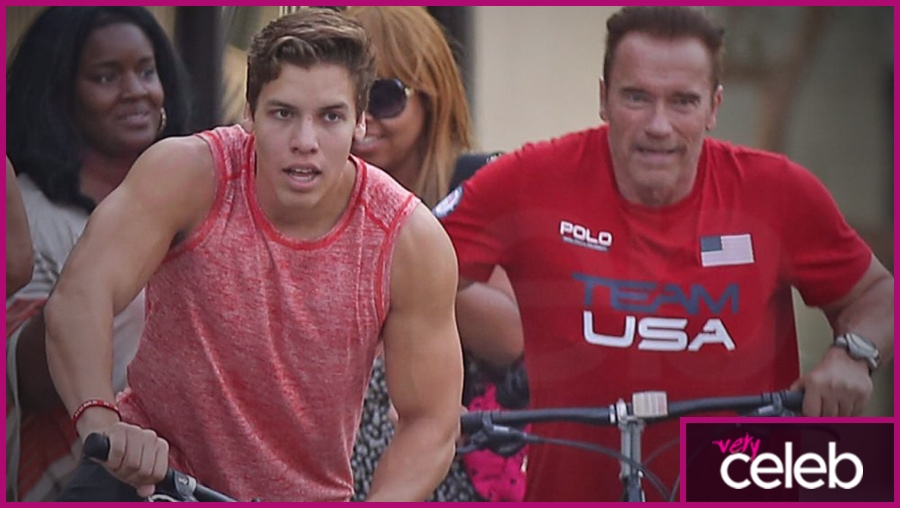 Who are Arnold Schwarzenegger’s sons?

Arnold Schwarzenegger has become a household name when it comes to action films, but he rocked Hollywood when he admitted to having an illegitimate child just days after announcing his and American journalist Maria Shriver’s separation after being married for 25 years.

At the time, not much was revealed about his child or the identity of the mother. The only hint that the media had was that she was a loyal member of Schwarzenegger’s household staff. Days later, she was identified as Mildred “Patty” Baena, and she had worked in their home for 20 years. During the time Baena was pregnant, Maria Shriver was also pregnant with her youngest son Christopher.

The child’s name wasn’t made public initially since he was still a minor, but he was eventually revealed as Joseph Baena. His early years were filled with widespread media coverage due to his father being a high-profile celebrity and politician, but he maintained a close relationship with Arnold throughout the years. He has also developed a love for bodybuilding just like his father, and they are often photographed together.

BIG happy birthday to the best training partner in the world! Love you dad 🎊🎉

How old are Arnold Schwarzenegger’s sons?

Arnold and his ex-wife Maria Shriver have 2 sons: Patrick and Christopher, who are currently 28 and 24, respectively. He and his housekeeper Mildred Baena had an extramarital affair that resulted in his third son, Joseph, 24.

Joseph Baena shares striking similarities with his father Arnold, a fact that convinced Arnold that he was indeed the father of Mildred Baena’s child. Joseph has dark brown hair and eyes, with a muscular build just like his dad. At 6 ft 1 in, the pair of them are tall.

When did Arnold Schwarzenegger’s wife find out about him having a son with his housekeeper?

Despite being born in October 1997, Joseph Baena’s real father was not identified until 7 years later. Details about him being an illegitimate son of Arnold surfaced just a few days after the announcement of his divorce with former wife Maria Shriver.

Joseph Baena currently lives in Bakersfield, California, and going by his tanned physique, enjoys the benefits that living in the sunshine state offers.

What nationality is Arnold Schwarzenegger’s son?

How tall is Arnold Schwarzenegger’s son and how much does he weigh?

Joseph Baena is currently dating Nicki Dodaj. Both Joseph and Nicki attended Pepperdine University at Malibu, which is rumored to be where they first met. They have been together for more than a year, and recently she has met her boyfriend’s famous father.

How much is Arnold Schwarzenegger’s son’s worth?

Joseph Baena has an estimated net worth of $400 million. A large proportion of his wealth, we suspect, comes from his famous father, but Joseph has recently announced he’s started a career in LA’s real estate market, which will no doubt increase his bank balance.

Check out Joseph Baena remaking that iconic scene from Terminator 2!

STAY FOCUSED! YOURE ALMOST THERE!!!

Closing a deal, got a new listing and having my first film premiere all in one day… feeling extra grateful today!

Do you know someone buying or selling a home? Lmk 🙂

Who is the Son of the Late Ken Miles?

Get the Goss On Tom Hanks Sons!