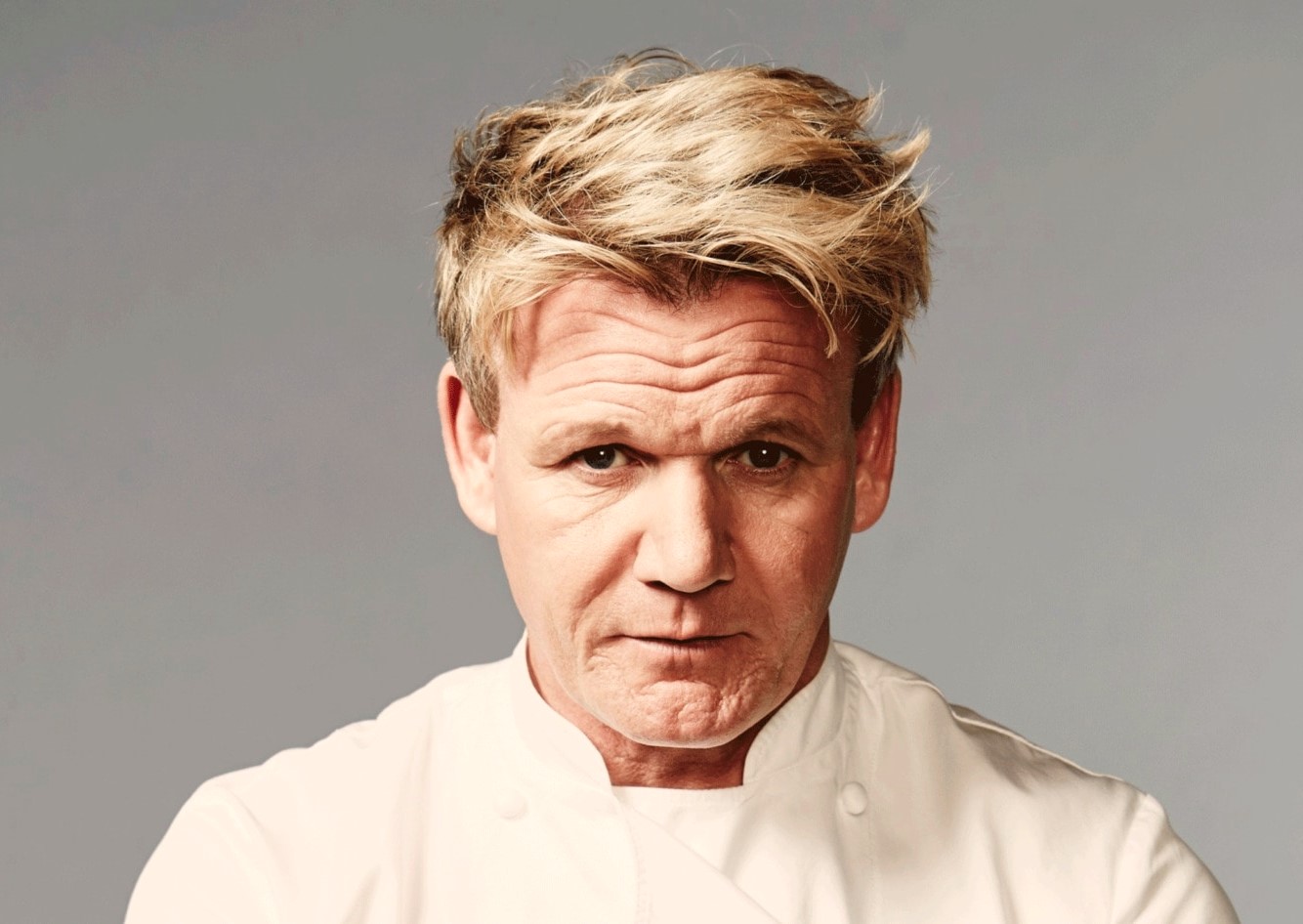 Gordon Ramsay – His life on a plate!

Scottish-born chef and TV star, Gordon James Ramsay has found global fame thanks to his skills in the kitchen, characteristically colorful language, and business sense. Known for his fiery temper and bluntness, his shows include 1999’s Boiling Point, Hell’s Kitchen in 2004, and Ramsay’s Kitchen Nightmares. The F Word won the BAFTA award in 2005, and in 2006, in the New Year’s Honours List, Ramsay was appointed an OBE, acknowledging his services to the hospitality sector. Winning his third Catey Award for Independent Restaurateur later that year, he joined an exclusive club, being one of only three people ever to reach those heights.

His mother, Helen, a nurse, and father, Gordon Sr, a shopkeeper, moved their family to the Stratford-upon-Avon area of England when Ramsay was nine, and along with his two sisters and brother, experienced an unsettled childhood. Gordon Sr, described by Ramsay as a “hard-drinking womaniser”, was often violent and neglected his family.

As a young boy, Ramsay had aspirations of becoming a professional footballer, but a series of injuries marred his dreams, and after his knee sustained some pretty serious damage, he was forced to abandon his dream. However, always keen on cooking, Ramsay put all his determination and drive into becoming the best he could, enrolling at North Oxfordshire Technical College when he was 19.

Ramsay’s career started to take shape when he was employed by the Wroxton House Hotel in the 80s until an awkward affair with the owner’s wife made his role untenable and he moved to London. After several positions, he eventually worked at the famous Harveys under temperamental chef Marco Pierre White. Ironically, Ramsay found his boss’ bullying and violence impossible to deal with, and after almost three years, he moved on.

Over the years, Ramsay has worked with some of the world’s most famous and inspiring chefs, including Albert Roux, Guy Savoy, and Pierre Koffmann, and has studied French and Italian cuisine.

Does Gordon Ramsay have 7 or 16 Michelin stars?

Throughout his career, Ramsay has been awarded 16 Michelin stars, however, due to inconsistency in his dishes, he has lost 9 of them. Claiming that this goes to prove that a restaurant’s success rest on more than just the chef, Ramsay is quoted as saying,

“Whether it’s an Emmy, an Oscar, a Bafta or a Michelin star, it’s the icing on the cake, not just for the chef but also for the staff who are equally as focused as the owner.”

Is Gordon Ramsay a black belt?

A man of many talents, Ramsay has a black belt in karate, but he also boxes. The chef says he enjoys karate because of the discipline and the art form and works closely with his coach to perfect his skills.

Who made chef Ramsay cry?

“I don’t recall what he’d done wrong but I yelled at him and he lost it. Gordon crouched down in the corner of the kitchen, buried his head in his hands and started sobbing.”

In 1996, Ramsay married schoolteacher Cayetana Elizabeth Hutcheson – known as Tana. She has appeared in a number of Ramsay’s TV shows, and is a published author, with several cookery books to her name. 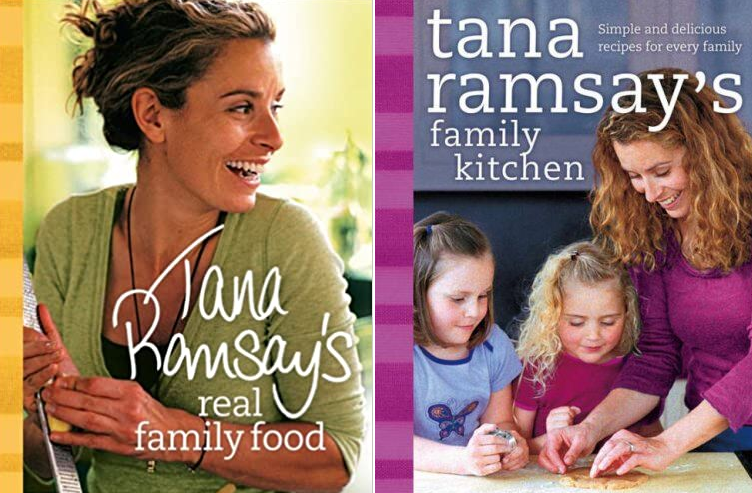 Does Gordon Ramsay have kids?

Ramsay and Tana have a total of five kids – Megan, Holly, Jack, Tilly, and Oscar, who was born in 2019. Sadly, Tana suffered a miscarriage – a boy the couple named Rocky, in 2016.

How old is Gordon Ramsay?

Ramsay was born in November 1966, making him 56. We guess it comes as no surprise that he’s a Scorpio. Known for their temper, they are often brilliant at their chosen career and can be passionate in every way ❤️‍🔥​❤️‍🔥​❤️‍🔥​

How tall is Gordon Ramsay?

Ramsay stands at an impressive 1.88m or 6ft 1 tall, and is powerfully built – thanks, we assume, to his martial arts training 😎​

What is Gordon Ramsay’s net worth?

According to Forbes, Ramsay has a net worth of around $63 million! With three huge houses in the English country of Cornwall, numerous restaurants and a hugely successful TV career, this shouldn’t be a shock.

A festive twist on a classic... turkey welly at Heddon Street Kitchen !! See https://bit.ly/3iKcRIU to join us ! Gx

Congrats on your #streamys win, @GordonRamsay! 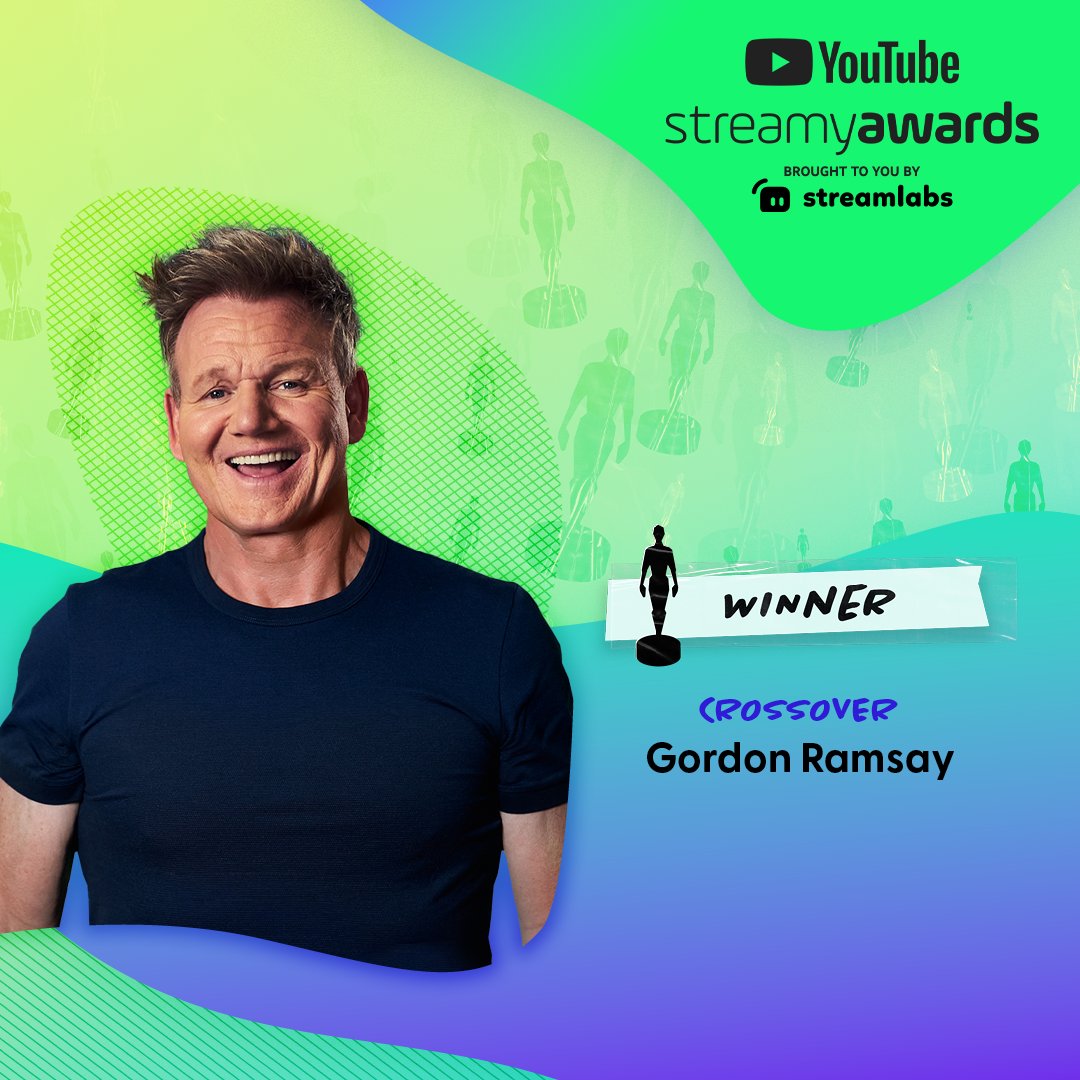 Crossing another award off the list, the #streamys award for Crossover goes to @GordonRamsay! 🙌

I’m so excited tell you that @GOSHCharity has launched its Christmas Appeal ! Help spread festive cheer to the children, families and staff at GOSH by sending a special Christmas stocking message and donation if you can: https://bit.ly/3Ayv8ii Thank you Gx