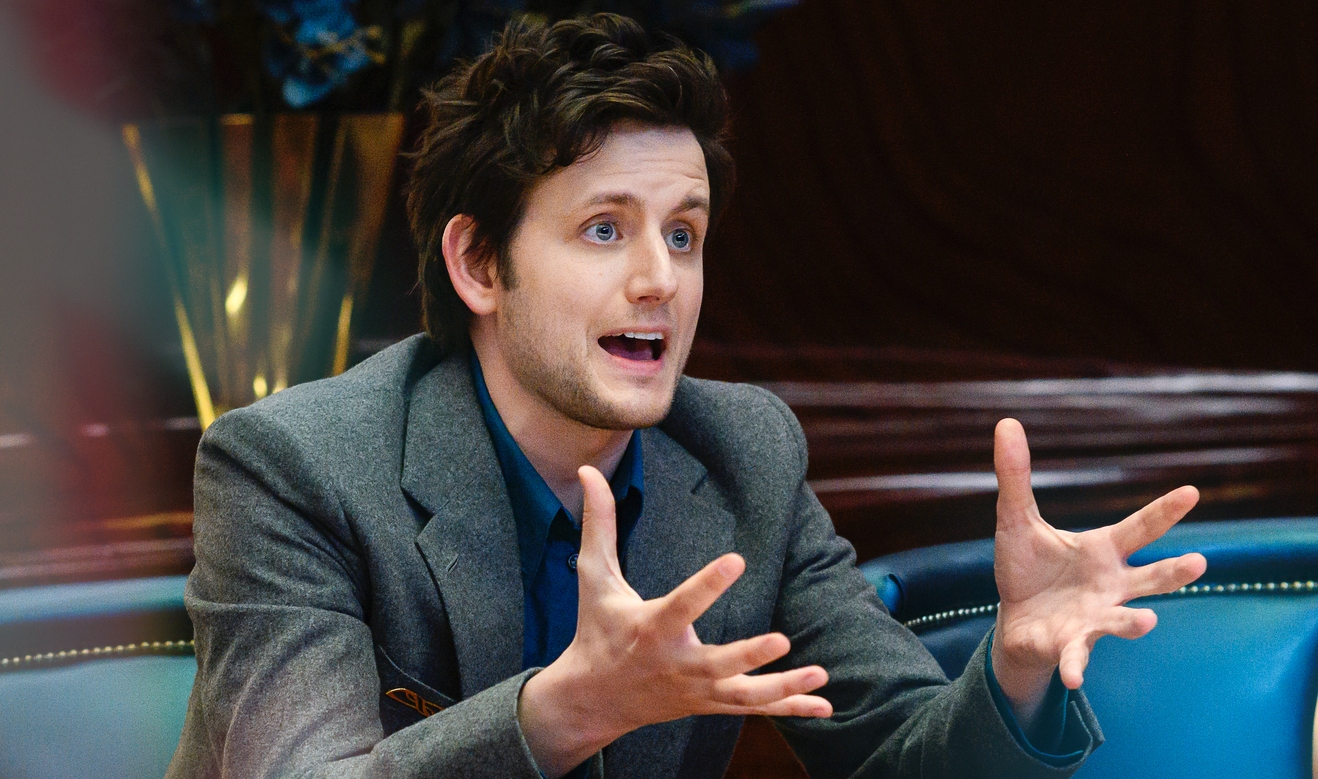 Zach Woods is an American actor, comedian, and producer. He garnered fame as a result of several popular sitcoms on American television. He was cast as Gabe Lewis for the legendary sitcom The Office and lasted for around 51 episodes in the franchise.

The acting opportunity as the unusual and insecure Gabe Lewis in The Office gained him popularity. This is due to the fact that the series was a huge hit in the USA, but globally as well, going down as one of the most iconic comedy shows ever with currently nine seasons and 201 episodes. In fact, in 2020, The Office was the most streamed show in the world, with people watching more than 57 billion minutes of the show that year.

Apart from his role in The Office, Zach Woods also portrayed Jeff Dellinger for 4 episodes in the legal and political drama The Good Wife. He reached his peak with the comedy series Silicon Valley by taking on the role of Donald “Jared” Dunn, who is one of the main characters. Zach Woods also performs voice acting and was cast as Zane Furlong for an episode in The Simpsons. He is currently filming for the second episode of Avenue 5 as Matt Spencer.

What are all the shows that Zach Woods has been in?

Zach Woods has starred in several American shows such as The Office, The Good Wife, and Silicon Valley. He also voiced some characters in Big Mouth and The Simpsons.

When was Zach Woods on the Pete Holmes show?

Zach Woods was on the Pete Holmes show on April 15, 2014. He starred in the show only a year after his contract with The Office ended.

Although it would be pretty cool if these two fantastic actors were related, this unfortunately isn’t the case.

The culprit behind this common misconception is likely the actors’ last names: Woods and Wood. Furthermore, actor Elijah Wood actually has an older brother named Zack Wood, which may also add to the confusion!

How old was Zach Woods in The Office?

Zach Woods started acting in the TV show The Office in 2010 when he was only 26 years old. His last episode was in 2013, by which time he had turned 29 years old.

What is Zach Woods’s nationality?

Zach Woods was born in Trenton, New Jersey to a Jewish family. He grew up as a middle child, raised by a psychiatrist father and a nurse mother.

How tall is Zach Woods and how much does he weigh?

Zach Woods stands 6 feet and 4 inches tall. This is around 195 cm in metric. He weighs around 192 pounds, which, when converted to kilograms, is around 87 kg. Woods is significantly taller than the average US man measuring at only 5’9’’ or 175 cm.

What is Zach Woods’s estimated net worth?

Zach Woods’s estimated net worth is around $6 million.

Is Zach Woods single or married?

How old is Zach Woods?

Why Did Jon Lovitz Leave SNL And What Is He Doing Now?

Where Is Eliza Coupe Now? Find Out What Tattoos She Has To Cover Up For Her Roles!