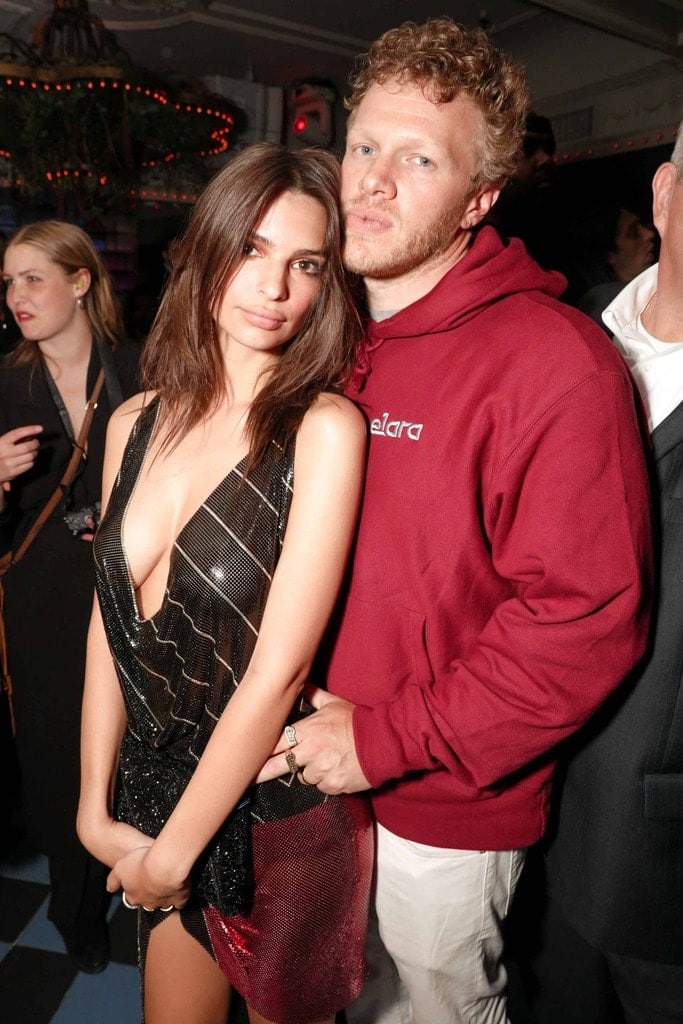 Sebastian Bear-McClard has got fame and showbusiness running through his veins. He got the filmmakers’ genes from his mother, Liza Bear, who is a celebrated filmmaker herself. Sebastian runs in the same circle as people who make films, Internet media, and anything that is entertaining. An actor and producer, Sebastian made waves with his involvement in many well-known and highly acclaimed films, including Still Life, Good Time, Heaven Knows What, Buffalo Wings, and The Minority. However, the thing that got his career going is the 2014 film Heaven Knows What. He successfully produced this film, working together with the Safdie brothers, who co-partner a production company called Elara Pictures with him.

With all these successes and pursuits, what made the budding, producer even more famous is his marriage with one of the best-known models and actresses on the planet. Sebastian is the husband of Emily Ratajkowski. She came to popularity when she took part in the video for the song Blurred Lines that was sung by Robin Thicke. While she did earn the ire of many critics, for being scantily clad, she stood by her act and became popular and even well-respected as a feminist advocate. After that, she was handpicked by Ben Affleck to play the role of Andie Fitzgerald.

Em Rata, as Emily is fondly called, met Sebastian at a basketball game in New York. Being millennials, the couple do post pictures and stories of themselves and their relationship on Instagram.

With a paper clip, that is how Sebastian Bear-McClard proposed to one of the hottest women on the planet. Emily shared the unique story of Sebastian’s unique and romantic proposal in one talk show. Emily said that while they were having dinner at a French restaurant in New York, Sebastian asked her hand in marriage. However, seeing that she seemed in doubt, he took the paper clip from their dinner bill and fashioned a ring out of it. She then realized that he was serious. Emily, amazed at the impromptu and romantic proposal, raised the level further as they went to Chinatown to buy gold and make their own wedding rings. Still, not to be undone, after the couple’s actual wedding at the NYC hall, Sebastian bought his wife an actual expensive engagement ring.

What is the nationality of Sebastian Bear-McClard?

Sebastian was born on March 2, 1987 in New York City. His parents are American, which makes him American.

How tall is Sebastian Bear-McClard and how much does he weigh?

Is Sebastian Bear-McClard married or single?

Sebastian is happily married to the famous actress and model Emily Ratajkowski or Em Rata. The couple opted to get married at the New York City Hall since, according to Em, she didn’t want to be stressed out with preparations for a grand wedding. She also said that she is always preparing for shoots and would want her wedding to be simple and heartfelt.

How much is Sebastian Bear-McClard’s net worth?

Despite Em Rata’s success, news says that Sebastian has an even greater net worth compared to his wife. His net worth is said to be around $11 million.

How many kids does Sebastian Bear-McClard have?

Sebastian and Emily do not have children.

Who is Emily Ratajkowski’s Husband?

Emily Ratajkowski, or Em Rata, is married to husband Sebastian Bear-McClard. They got married on February 23, 2018, at the Manhattan Clerk’s Office. While Em Rata is a well-known and much-followed model and actress, Sebastian is an acclaimed and budding film producer. Some of the notable films he was part of include Broken Flowers in 2005, Heaven Knows What in 2014, and Good Time in 2017. With the film, Good Time came many nominations for Gotham Independent Film Awards including Best Feature Film Award. The same was true with Heaven Knows What as it was nominated for an Independent Spirit Award.