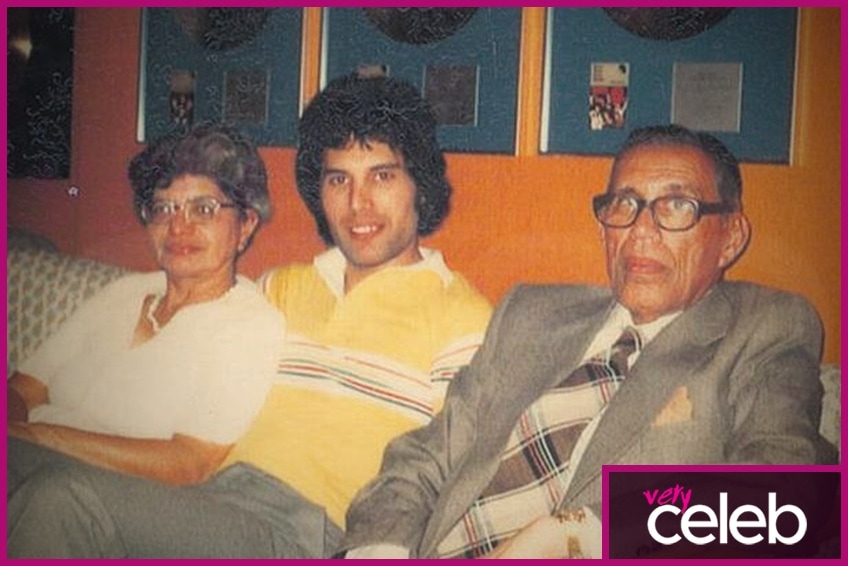 Freddie Mercury, the late British singer, record producer, songwriter, and lead vocalist of the rock band Queen, was the child of Jer and Bomi Bulsara. They lived in the western region of India, now known as Valsad, and, as was common in the area, followed the ancient Persian Zoroastrian religion, Parsi. Their family name, Bulsara originates from the old name for the local town –  Bulsar.

The couple married in 1946, and soon after, Bomi’s job at the British Colonial Office took them across the Indian Ocean to Zanzibar in Tanzania, Africa. It was here that their two children were born. Farrokh, known everywhere as Freddie, was born 5th of September 1946, followed by his sister, Kashmira in 1952.

In 1964, the long-feared Zanzibar Revolution began, forcing Bomi to take his family and flee to the UK, settling in a suburban home – 22 Gladstone Avenue, Feltham, in the county of Middlesex. After the tragic death of their son aged only 45, on the 24th November 1991, the elderly couple moved further north to Nottingham to spend more time with their daughter, Kashmira, and their grandchildren.

Bomi sadly passed away at the age of 95, on Boxing Day 2003, while his wife, Jer, died on the 13th November 2016, aged 94. In keeping with their Parsi faith, they received private Zoroastrian funeral rites.

Freddie’s fellow band member, Brian May was close to both of his friend’s parents, and is quoted as saying on the death of Jer: “Jer was a warm and devoted Mum to Freddie, and, like Freddie, always had a strong twinkle in the eye“.

Where were Freddie Mercury’s parents born?

Jer Bulsara and Bomi Bulsara were both from the Gujarat region in western India. The area was formerly known as Bulsar – hence the name Bulsara, but is now called Valsad.

How old were Freddie Mercury’s parents when they died?

What was the net worth of Freddie Mercury’s parents?

The net worth of both Jer and Bomi was not revealed. However, according to Freddie’s will, he left his parents a fourth of his share of Queen’s income. Although the exact figure hasn’t been reported, we’re sure it must be a small (or large) fortune!

Were Freddie Mercury’s parents still together?

Jer and Bomi Bulsara were married and had two children. They remained together until they died in 2016 and 2003 respectively.

They appeared to have been supportive, loving parents. However, it’s probably fair to say that, Freddie’s father, strongly committed to the Parsi faith, found his son’s sexuality hard to swallow. Freddie never actually told his parents he was gay, but there’s no doubt they would have read about it in the media.

What did Jer and Bomi Bulsara do for a living?

The family enjoyed a prosperous life and had domestic workers and a nanny. Bomi, the head of the family, worked as a cashier at the British Colonial Office.

What did Freddie Mercury leave his parents in his will?

Mercury left most of his wealth to Mary Austin, his lifelong friend and the remainder was given to his sister and parents. He left a fourth of his band income to his parents.

The parents of Freddie Mercury were Parsis and therefore practiced Zoroastrianism, one of the world’s oldest religions. Originating in ancient Persia, now Iran, many scholars agree that this monotheistic/dualistic religion developed into Judaism, Islam, and Christianity. Many of its influences can also be seen in Buddhism, Gnosticism, and even Greek philosophy.

Jer and Kashmira talking about Freddie:

If you’re looking for more info on Freddie Mercury and his family, ask us here and we will look through our archives to get you the answers.

The Truth About Jon Snow’s Parents!

Who are Kamala Harris’ Parents? The Lowdown on Donald & Shyamala Gopalan Harris