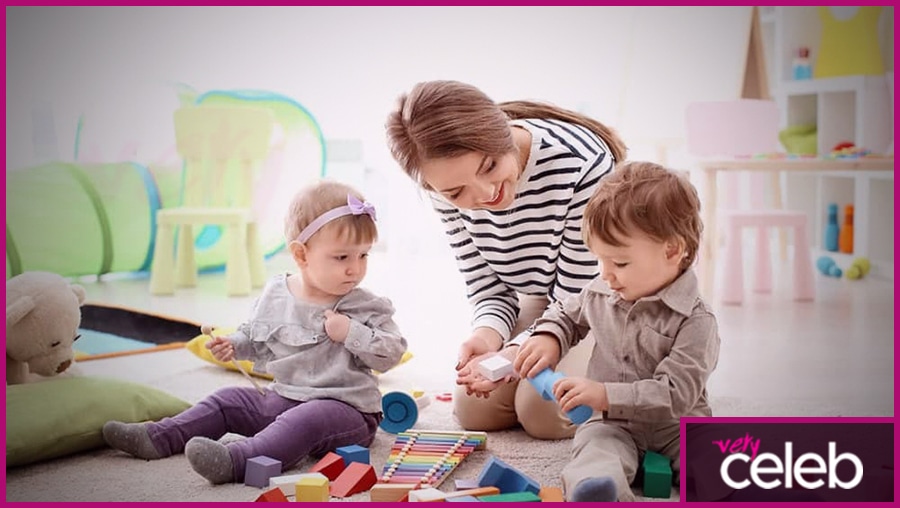 ☰ Questions & Answers show
1 Do you have the temperament to be a nanny?
2 Find a nanny agency
3 Get nanny certifications
4 Maintain good behavior and standing
5 At the end of the day, do what the celebrity demands …

Many rich families employ nannies and if you are lucky, you get to enjoy the lavish lives that these celebs lead. Celebrities most of the time bring their nannies everywhere, and many see the world. A few nannies also rake in 6-digit salaries, beating the more obviously lucrative jobs. However, as easy as it may seem, the job of a nanny is quite demanding and the process of becoming one is easier said than done.

Jo Frost is one of the best-known names in the nanny world. Originally employed in the UK, she has made her way over to the States and has been looking after kids for over 30 years. She has no formal childcare qualifications, but her list of clients includes an impressive number of celebs.

Do you have the temperament to be a nanny?

Although most people think that not much is required of a nanny,  being a celebrity nanny requires a lot. Often considered the third parent, you must have the temperament to be not any old nanny, but an exceptional nanny. This means that you need to have not just the skill but also the patience and be responsible enough to manage the celebrity family that you are working for, and obviously, you’ll have to be great with kids.

Many stars will require much more from you than a regular employer. Not only will you have to appear professional at all times, but you’ll have to be discreet, unobtrusive, and supportive – all whilst looking after the kids. The Kardashian’s nannies have to obey numerous rules, and your employer could be even worse!

Before you can even be employed as a celebrity nanny, the most common route that celebrities take is seeking the advice of agencies. It would help, then, to apply yourself to an agency, and ask the agency about the necessary skills and certifications you need to acquire – The Nanny League are a great resource to start with. Of course, if you have worked as a nanny before, you might get referrals especially since many celebrities will share childcare stories. There are numerous nanny agencies sited near film and TV production sets, so they’re easy to locate.

If it is your first time being a nanny, your employment depends on the agency handling the vacancy. In any case, the first step is to procure the necessary requirements, while you wait for employment. Other than actual nanny and caretaking qualifications, you need proof that you don’t have a criminal record. Consider obtaining a driver’s license as well from the DMV, as nannies need to drive.

Once you have gotten celebrity nanny employment, you will always be under the scrutiny and mercy of your celeb employer. It is no secret that celebrities frequently change nannies, so it’s important to take care of your client’s needs and wants. Keep your decorum at all times, and avoid posting photos, events, or any personal stuff that might breach your client’s privacy, especially those that could make them look bad.

Many celebs, including Angelina Jolie, employ multiple nannies, but they never appear on camera. Always in the background, ensuring everything runs smoothly, the nannies never steal the limelight. Beyonce and Jay Z have 8 nannies to care for their brood, but you’d never know – they’re that discreet!

At the end of the day, do what the celebrity demands …

This would include your celebrity client running background checks on you, and these include checking social media accounts and emails. Being celebs, they look to keep their lives as private as possible, and they, quite rightly, want someone they could trust with their children, family, and lives outside the public eye. The role isn’t gender-specific either, with many now employing a “manny” or a male nanny.

At the end of the day, just do what is required, be polite and respectful and everything else will follow.

Norland Nannies – the most famous nannies in the world!