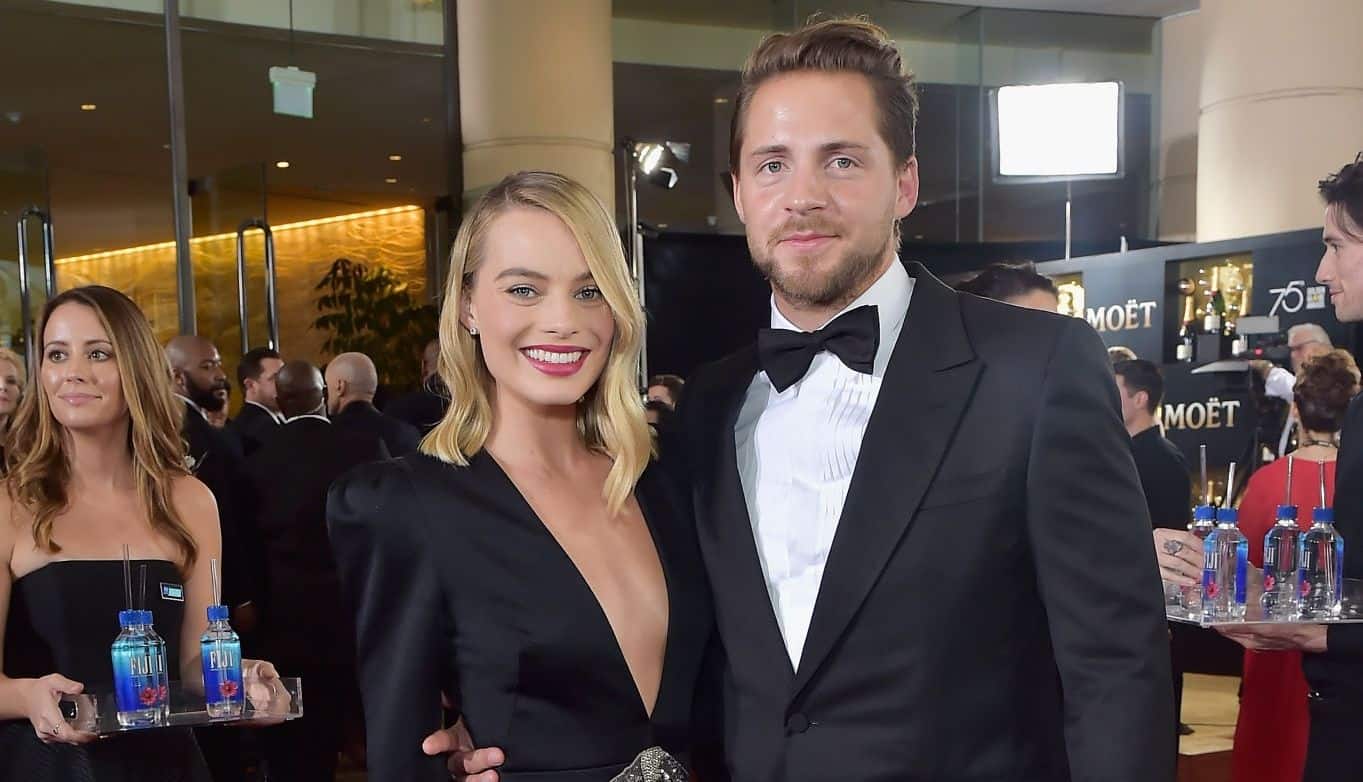 Tom Ackerley is as handsome as an assistant director could be, and is also the husband of Margot Robbie who happens to be one of the most gorgeous and highest-paid actresses in Hollywood. From her humble beginnings in Australia where she used to juggle three jobs, Margot Robbie took Hollywood by storm as she acted alongside Leonardo DiCaprio in the film Wolf of Wall Street. Paired with her amazing beauty, her acting complemented that of Leonardo, making her one of the most sought actresses at the young age of 29 years old.

Similarly, Tom has also lived a life in show business, from behind the camera. After living for a time in London, when the two got married, they then moved to Los Angeles and continued to work together on many films. Their tandem was so good that they, later on, launched their own production company called LuckyChap Entertainment. Together with friends Sophia Kerr and Josey McManara, they share ownership of the production company. Some of the films the company produced are I, Tonya and Terminal. Both these films starred Margot. They have many other films on the pipeline, and these include Dreamland, Barbie, and Birds of Prey. Tom and Margot are indeed a dynamic duo.

Who is Margot Robbie’s husband?

Margot Robbie’s husband is Tom Ackerley. The two met at the set of Suite Française where Margot was a cast member and Tom was the assistant director. The two are accomplished in their own fields. Margot Robbie is a famous actress, model, and producer. She has been featured in many magazines and has been a brand ambassador to many luxury products such as Calvin Klein and Chanel. Tom has worked in many well-known films such as Pride, Macbeth and The Two Faces of January.

How did Margot Robbie meet her husband?

As a trivia, when her breakthrough film Wolf of Wall Street came out in 2013, Margot Robbie was sharing a three-bedroom house with Tom Ackerley together with four other friends. Before becoming housemates and being a couple, the two met on the set of Suite Française. Margot Robbie was one of the stars on the set, while Tom Ackerley was the assistant director. It was from here that their love would blossom as the two together with four other friends decided to live together. Although they kept their romance a secret at first, their roommates, later on, found out about the love they shared.

At the time they were dating, the couple also shared an interesting three-week rule, wherein they promised that they should never let three weeks pass without seeing each other. Margot believed that if a couple were apart for more than three weeks, their relationship won’t last. Luckily, for the two, their relationship did last.

Polaroid picture of Tom and Margot

What is the height and weight of Tom Ackerley?

Tom is a tall man as he stands 6 feet 3 inches. He weighs around 188 pounds

How much is Tom Ackerley’s net worth?

With proceeds from his work as an assistant director and businessman, Tom has a net worth of $1.25 million.

Are Tom Ackerley and Margot Robbie still married to each other?

Tom Ackerley is still married to Hollywood actress Margot Robbie. They got married on December 18, 2016 in Byron Bay, NSW in Australia.

How many kids do Tom Ackerley and Margot Robbie have?

Tom and Margot don’t have children.

What is the nationality of Tom Ackerley?

Tom Ackerley was born in Guildford, Surrey in England. He is English.

How old is Tom Ackerley?

Find out what nobody knows about Tom Ackerley.

Be the envy of your friends by learning top-secret facts, relationships, and other celebrity connections that Tom Ackerley has. Contact us and we’ll spare no effort in getting you the info you need.