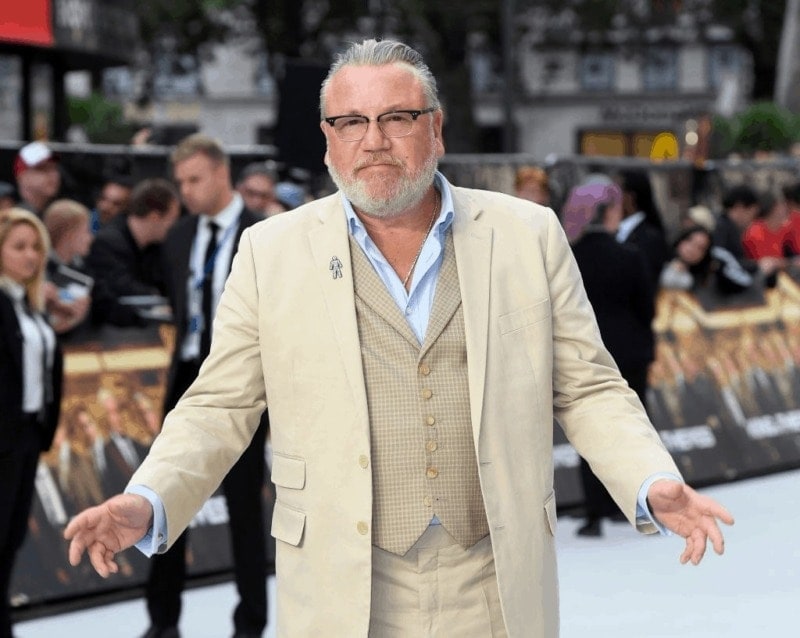 Ray Winstone, the gritty British actor popular for playing difficult roles in his films like the Scum and Quadrophenia in 1979, grew up being influenced by the films he enjoyed with his father, at the local cinema on Wednesday afternoons.

He appeared in the film Stardust in 1974, a role that only lasted for one day and consisted of brief glimpses of a white jacketed Winstone. He went on to star in the television series Ghostbusters of East Finchley in 1995, a production unrelated to its blockbuster namesake.

In 2002, he turned down the role of Jimmy McNulty for the movie The Wire because he didn’t want to be away from his family and move to Baltimore. The role was given to Dominic West.

His family moved to Enfield when he was seven, where his parents had a fruit and vegetable business. Attending Portway Infants, Brimsdown Primary School, and Edmonton County School, he went on to study acting at the Corona School.

Winston has declared bankruptcy twice but, fortunately, has bounced back and is currently learning to ride a horse, whilst supporting and following West Ham United Football Club, even starring in their 2017 documentary Iron Men.

What is The Nationality of Ray Winstone?

Ray Winstone is an English television and film actor who was born on February 19, 1957, in Hackney Hospital in London, England.

How Old is Ray Winstone?

Ray Winstone is now 62 years old and will soon turn 63 in February. He is a Pisces.

How Tall is Ray Winstone and How Much Does He Weigh?

Is Ray Winstone Married or Single?

Ray Winstone has been married to Elaine McCausland since 1979. The couple met while filming the movie That Summer, and are currently living in Roydon, Essex.

How Much is Ray Winstone’s Net Worth?

Ray Winstone’s net worth is $5 million.

Does Ray Winstone Have Any Children?

Ray Winstone and his wife Elaine McCausland have three daughters, Lois, Jamie, Ellie Rae who are all actresses.

Where is Ray Winstone From?

Ray Winstone was born in Hackney Hospital in Homerton in the London Borough of Hackney, and is a true Cockney! He lived in Caister Park Road Plaistow E13 and moved to Enfield.

Jason Segel – The Story Behind The Superstar