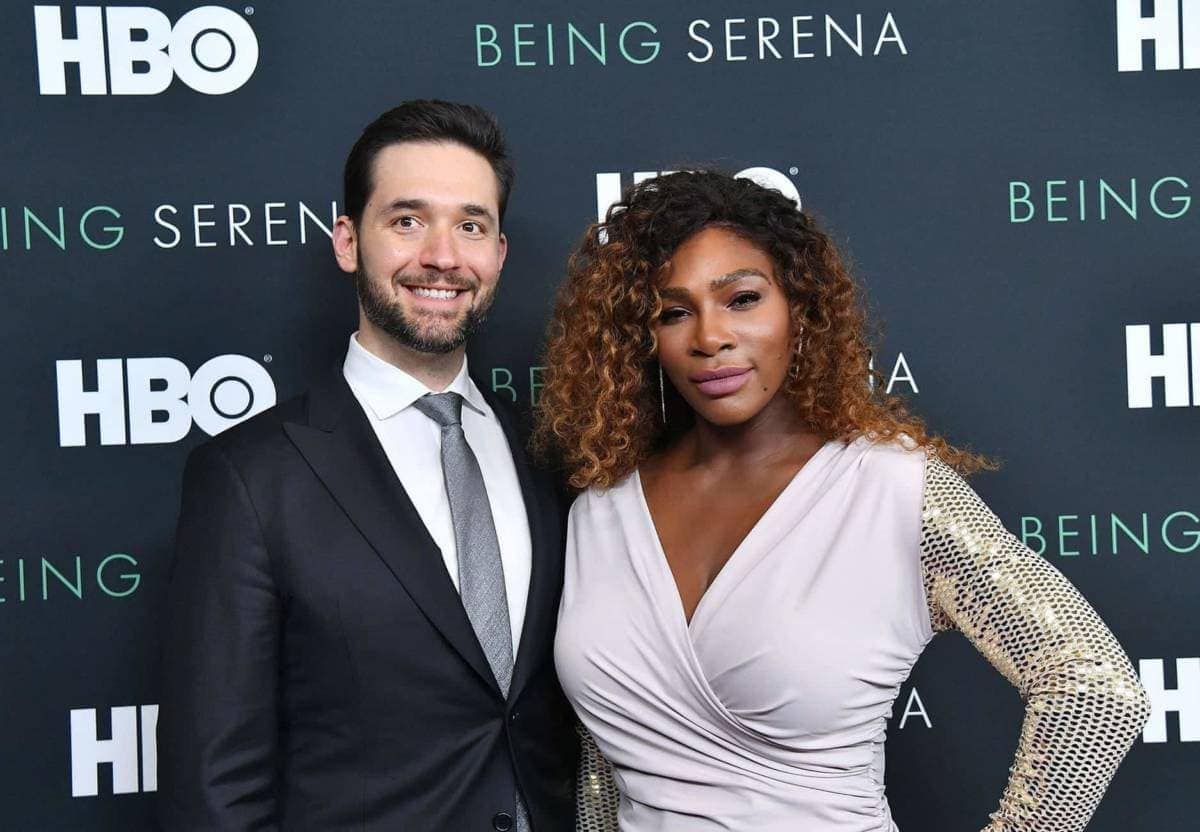 What everyone ought to know about Serena Williams’s Husband Alexis Ohanian: Age, Net Worth, Height and More!

If you are going to come up to the richest female athlete in the world, you’ve got to have the candor of a man like Alexis Ohanian. Indeed, it was Alexis’s refreshing confidence that led him to tennis superstar Serena Williams. Serena Williams has 23 tennis Grand Slam titles to her name, just 2 shy of the record number of 25.

In 2016, Alexis Ohanian met Serena Williams at a posh hotel in Italy, while Serena was competing at the Italian Open. One morning at the hotel while Serena was having breakfast with a group, Alexis sat close to the table that Serena and company were seated. He actually sat too close that it annoyed the tennis superstar, and Serena asked him to move away. Unfazed, Alexis replied with a joke that surprised Serena; this eventually led her to invite Alexis to their table. Serena was impressed with Alexis’s bravado and the two would soon date, get engaged, marry, and have a daughter.

What is Alexis Ohanian’s nationality?

Although Alexis is American as he was born in New York City, Alexis has Armenian and German blood in him. His mother Anke was German-born, and his father, Chris Ohanian, was born in Armenia. Alexis grew up in the US and went to Howard High School in Ellicott City, Maryland. He was at the top of his class when he graduated high school and delivered the student address during graduation day in 2001.

What is Alexis Ohanian’s height and weight?

Even though his wife Serena Williams is one of the taller tennis players at 5ft9, Alexis still towers above her at 6ft5 inches. He weighs around 190 pounds.

Is Alexis Ohanian married or single?

Alexis Ohanian is the husband of Serena Williams. Serena Williams is the highest-paid female athlete in the world. She has amassed a total of 23 grand slam tennis titles. The couple met at the Cavalieri hotel in Rome when Serena was having breakfast prior to her first match at the Italian Open. Serena was impressed by how funny and confident Alexis was as the tennis star tried to shoo him away for sitting too close to her. From then on, the two dated, and Alexis proposed to Serena in 2016. The year after, the two finally tied the knot on November 16, 2017. To this day, the two are happily married.

How many kids does Alexis Ohanian have?

Alexis Ohanian and Serena Williams have one daughter. She was born on September 1, 2017, two months before the couple’s wedding in November. The name of their daughter is Alexis Olympia Ohanian. Quite interesting was the fact that Serena Williams was 8 weeks pregnant in January 2017 when she competed at the Australian Open in January of that year. Serena would bag the prestigious Australian Open title while pregnant with Alexis Olympia.

How much is Alexis Ohanian’s net worth?

From all her tennis winnings and sports endorsements, Serena has a whopping net worth of $180 million. Although this dwarfs Alexis’s net worth at $7 million, Alexis is an accomplished tech entrepreneur as he co-founded Reddit, one of the most famous social news websites. He also co-founded an investment company called Initialized Capital.

More than being the husband of the tennis superstar, Alexis Ohanian is a tech entrepreneur and genius himself as he was the co-founder of Reddit. Reddit is a social news website that publishes news articles. Alexis, together with Steve Huffman, launched the news website in 2005. Alexis is basically a tech innovator who has launched many other websites and platforms that are patronized by people across the globe. While Alexis and Steve would eventually sell Reddit at $10 million, he would invest his energies on many other tech startups such as Zenefits, Instacart, Cruise, and Opendoor.

What does Serena Williams’s husband do?

Alexis Ohanian is a man of various trades as he is a tech entrepreneur, book author, investor, and political activist. He did not only co-found Reddit but he also invested in many other tech startups. Another well-known project of Alexis is the investment company Initialized Capital. He did all of these while helping launch many other websites such as the travel search website Hipmunk. Because of all his pursuits, Alexis Ohanian came to be known as the “Mayor of the Internet.”

With all of his successes, he was written much about his experience as he wrote the bestselling book Without Their Permission: How the 21st Century Will Be Made, Not Managed. He has also called for the opening of the Internet in order to serve the needs of the current Internet generation. He spoke against two bills that include the US Congress’s Stop Online Piracy Act and the Senate’s PROTECT IP Act.

@FrankLuntz You think there are heroic looking old statues of nazis in Germany you moron?

Wanna feel small? Step into an abandoned cooling tower. They're stupidly large. And, according to photographer Reginald Van de Velde, they look even bigger from within. He photographed more than 30 throughout Europe. Check them out here: https://wired.trib.al/loKqrsh