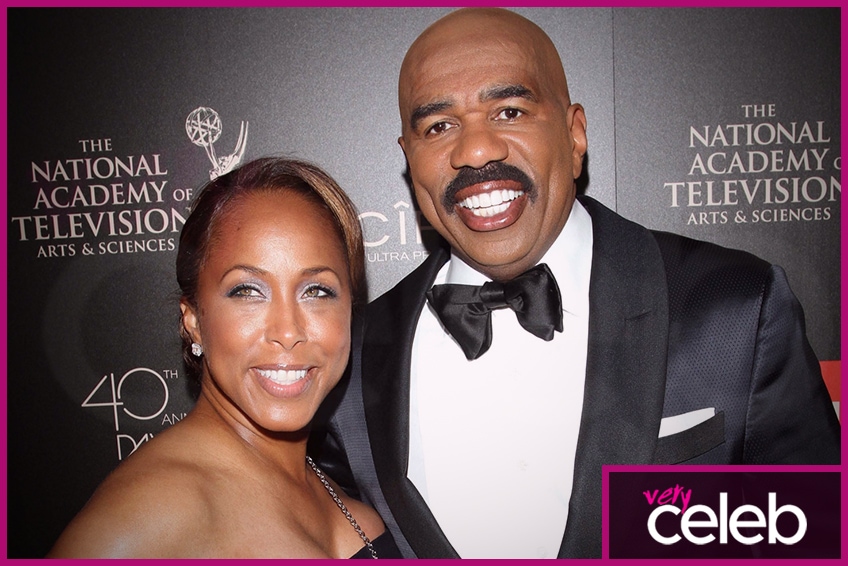 Marjorie was born on October 10, 1964, in the USA. The details regarding her earlier life are not published on the internet. However, Marjorie was married twice before her marriage to Steve.

Poor academic performance led her to drop out of school. Later in life, she created her own clothing line.

Marjorie Elaine Harvey first met Steve Harvey in 1990 during his stand-up comedy performance in a comedy club in Tennessee. Marjorie arrived late to Harvey’s performance and Harvey stopped the show and just stared at her. She thought that Harvey was going to “give her the business” on why she was late. He then said to the crowd, “I’m sorry, I don’t know who this is, but I’m going to marry her.” The couple got married in 2007.

How long Has Steve Harvey been married to his wife?

The couple got married back in June of 2007, which means they have been married for almost 13 years.

How did Steve Harvey meet his wife?

The couple first meet in a comedy club in Memphis, Tennessee. At that time, Harvey was doing a stand-up act and Marjorie came to the club in the middle of his performance.

What Did Steve Harvey confess to his wife?

Marjorie was invited by her husband to his show ‘Steve Harvey‘. He said that she would be there all week to help him pay tribute to all the mothers for Mother’s Day. Through his introduction, Harvey said: “But I have a confession to make. You’re really here so I can honor you.”

He said: “I wanted to tell you some things. From the moment I saw you when you walked into that comedy club that night, and the first thing I said to you ever was, ‘I don’t know who you are, lady, but I’m gonna marry you one day.’ And it took me a long time, but I did.”

He then continued to give praises to Marjorie for what she did for him and his family. Steve Harvey proved to the world that no matter how dark your situation is right now, once you meet the right person, you can turn your life over and make a better version of yourself.

What nationality is Marjorie Elaine Harvey?

Marjorie is an African-American

How old is Marjorie Elaine Harvey?

How tall is Marjorie Elaine Harvey and how much does she weigh?

What is Marjorie Elaine Harvey’s net worth?

With her clothing line producing haute couture fashion, her net worth is approximately 60 million dollars.

Although rumors and controversies floated regarding their divorce, it remained untrue and the couple both denied it on several occasions. Marjorie and Steve remain married.

Does Marjorie Elaine Harvey have any children?

Marjorie had three kids with her ex-husband. Lori, Jason, and Morgan were all adopted by Steve Harvey.

What does Marjorie Elaine Harvey do for a living?

She is an American celebrity, fashion blogger, and designer with her own clothing line.