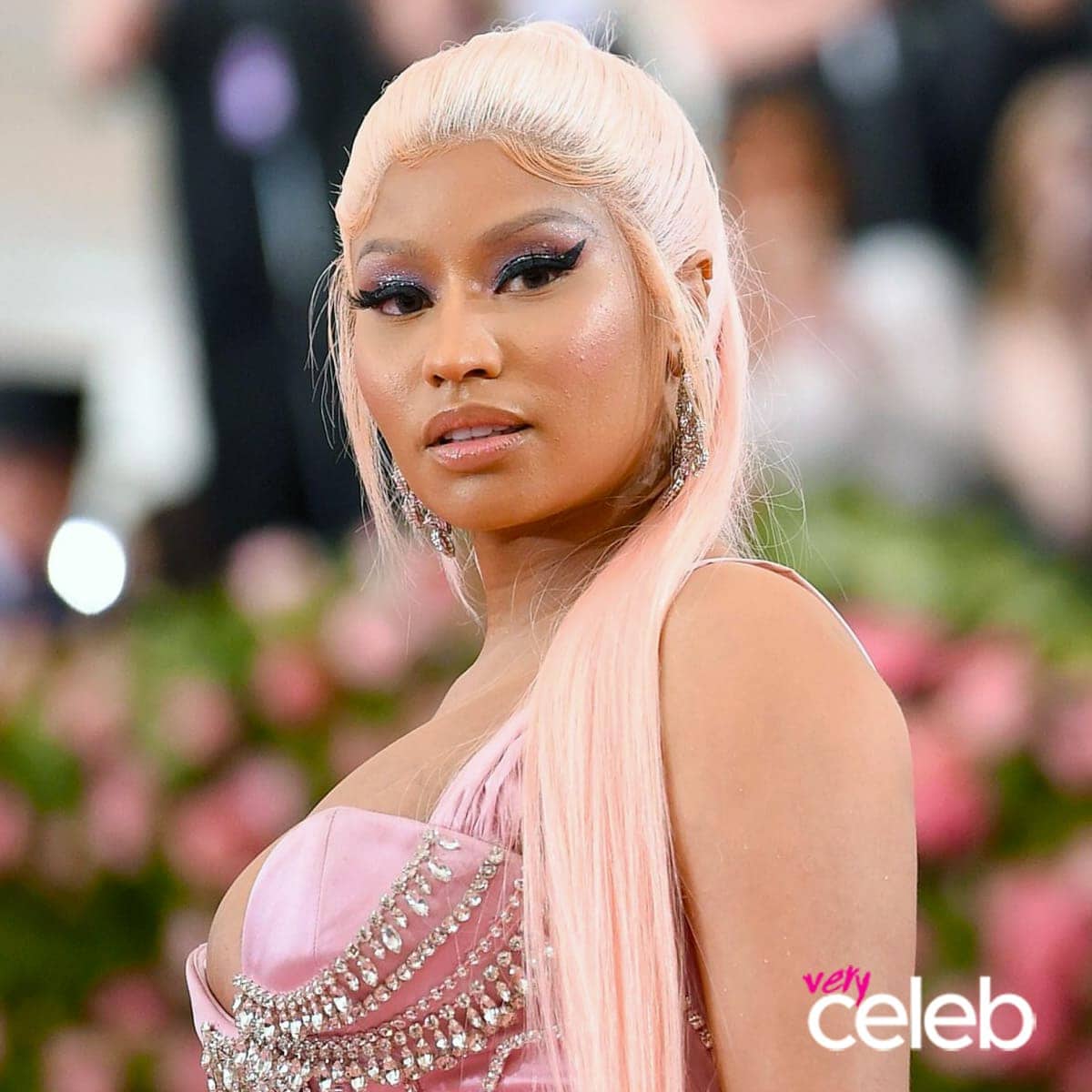 Nicki Minaj whose real name is Onika Tanya Maraj was born on December 8, 1982 in St. James, Port of Spain, Trinidad and Tobago. Her family moved to New York, and she was raised in Queens, New York City, New York. Superlatives aren’t enough to encapsulate the kind of successful career that Nicki Minaj has had so far. First, Minaj has got to be the most decorated female rapper of all time as she has been recognized by people and music aficionados all over the world as the Queen of Rap. With no less than 140 million records sold worldwide, Nicki is a force in the business as she has reinvented herself time and again as a rapper. She has collaborated with many of the most successful names in the business including Lil Wayne in the song I Get Crazy, Drake in the song Best I Ever Had, and Skillibeng in Crocodile Teeth. To this date, Nicki continues to earn tremendous following. In 2019, she collaborated with Colombian singer Karol G. in the song Tusa that stayed for a record number 1 single in the Argentina Hot 100 for unsurpassed six months.

Nicki’s path to success is not only because of her prowess and talent in singing and rapping since her unique personality shone throughout her career. Known for wearing wigs of striking colors, she has used a lot of puns, metaphorical lyrics, and symbolism in her songs.  Per feature, Minaj is said to earn half a million dollars each time. She has made many world-famous lists such as Time and Forbes. She has even taken over streaming platforms as she has remained to be the most streamed female rap artist on Spotify. 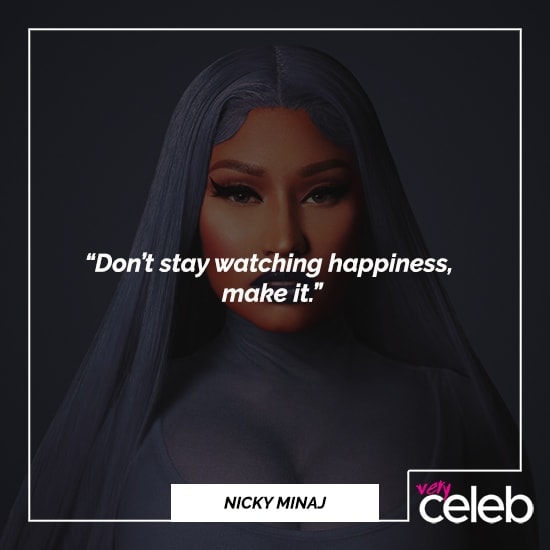 2. “I do have a few personalities. When people started making a big deal out of it, I started making names for these people.”
3. “I’m a multidimensional woman, like all women are. The difference is I have the balls to take chances.”
4. “They don’t see the tears I cry, the fears I hide. Tend to keep my cares inside, it’s merely pride.”
5. ”If I wasn’t winning, you wouldn’t care.” 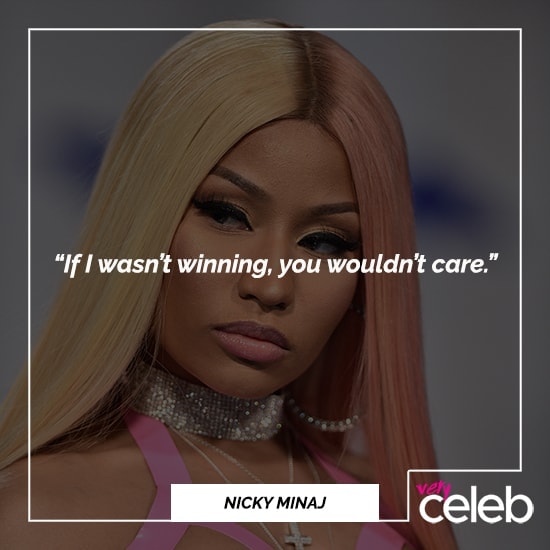 6. “You wanna know what scares people? Success. When you don’t make moves and when you don’t climb up the ladder, everybody loves you because you’re not competition.”
7. “You can hate me, but why knock my hustle? I’ma be the queen, no matter how they shuffle.”
8. “Maybe your weird is my normal. Who’s to say?”
9. “Mind over matter, I don’t mind and you don’t matter.” 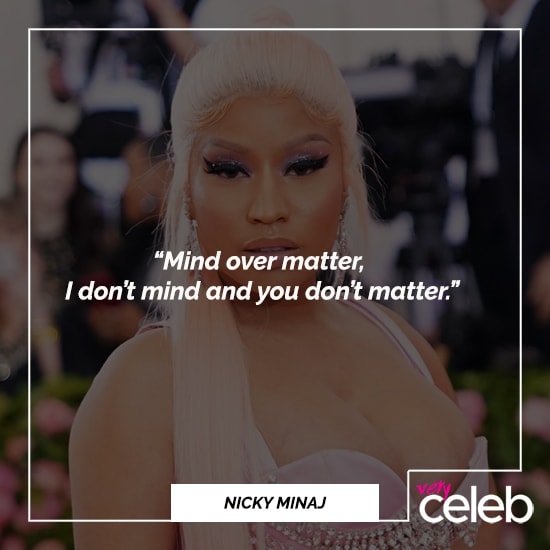 10. “I hate formal stuff. I love looking like a doll and all that stuff and playing dress up, but when I’m home, sweat pants, t-shirt. When I’m in the studio, sweat pants, t-shirt.”
11. “I’m thinking of a legacy that I can be proud of and wealth that my grandchildren can use to go to college. So world domination – in terms of providing for my family – is absolutely my goal.”
12. “One of the first production deals I signed, the guy wanted my name to be Minaj and I fought him tooth and nail. But he convinced me. I’ve always hated it.”
13. “When I get up in the morning and put on a pink or a green wig, I see myself as a piece of animation. It lets me be the person I want to be, a person who’s not embarrassed to have fun.”
14. “People always want to talk about who I was, but I’ve always been singing, always been experimenting with pop music.”
15. “There’s nothing more beautiful than a smile that has struggled through tears.” 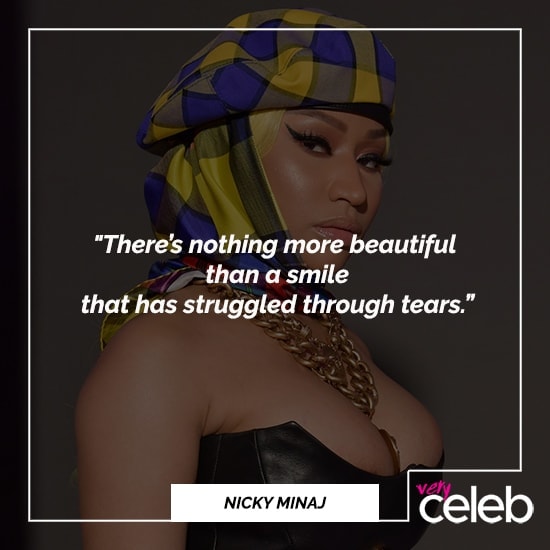 16. “My advice to women in general: Even if you’re doing a nine-to-five job, treat yourself like a boss. Not arrogant, but be sure of what you want – and don’t allow people to run anything for you without your knowledge.”
17. “I look at rap as an opportunity to act. My head is full of different characters – in each song I’m auditioning a character.”
18. “People face difficulties, no matter who you are. I faced difficulties with a lot of things. I face opposition every day, but I didn’t kill myself and now, thank God, I’m here.”
19. “When I was younger I didn’t have much financially, like we couldn’t afford a lot of stuff and I remember seeing little girls’ rooms on TV and they’d all be pink. I didn’t have my own room, I shared with my brother, so I would have this daydream and imagine that one day I could have my own room and it would all be pink, like Cinderella’s.”
20. “People will love and support you when it’s beneficial.” 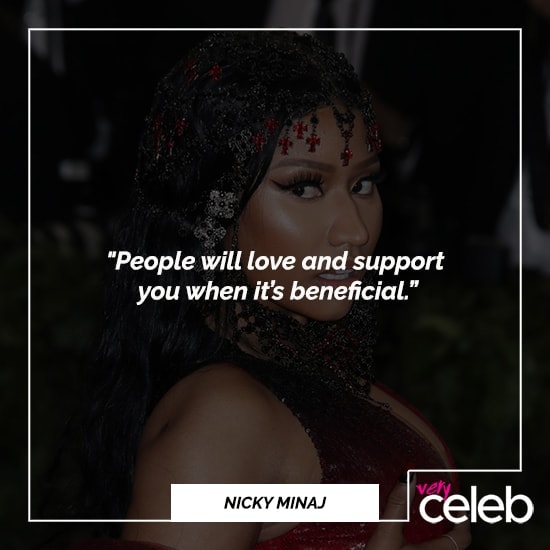 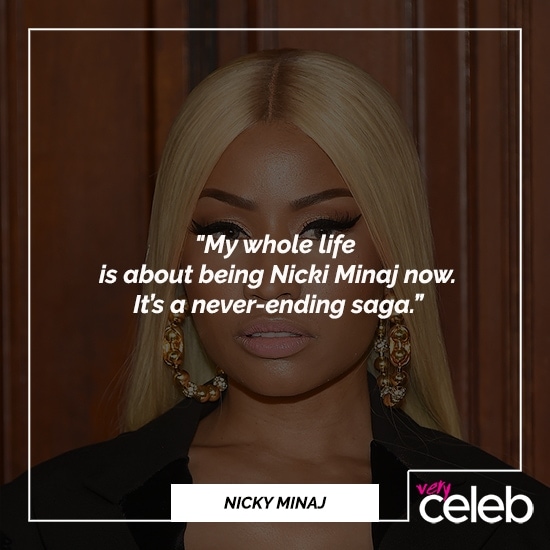 25. “In my relationships, I’ve been told, ‘You don’t have to work that much.’ But I can’t stop working, because it’s bigger than work to me. It’s having a purpose outside any man.”
26. “I want to show little girls that the possibilities are endless. That’s my goal – to not only do it for myself, but to show them I can do whatever I put my mind to.”
27. “Why did you envy? Why you go against me? When I got trendy, why you aint commend me? Why when I needed it, why you couldn’t lend me? Why you was secretive frontin like you friendly?”
28. “Some people have to put in the work. Others get to cut corners. We see it but don’t say it. Welcome to the real world.”
29. “I don’t agree that everyone should agree with everyone’s lifestyle. I think that some people aren’t going to agree, but I think that when you’re mean and when you ridicule people it’s a sign of your own insecurities.”
30. “I think a child may be the only thing that could give me true happiness.” 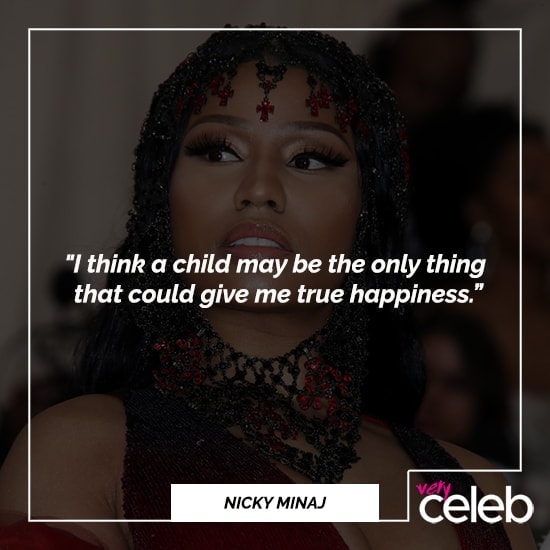 31. “I don’t mind being called a weirdo. There are a lot of people in hip-hop who are probably never going to get what I do. But, by just being myself, I end up touching a lot more people who might never have paid much attention to a female rapper.”
32. “Defend my honor protect my pride the good advice i always hated but looking back it made me greater .. u make me laugh u make me hoarse from yelling at you and getting at u …”
33. “It’s not hard to get your way when it’s your way or the highway. People either follow suit or they’re not around.”
34. “All these haters mad because I’m so established.” 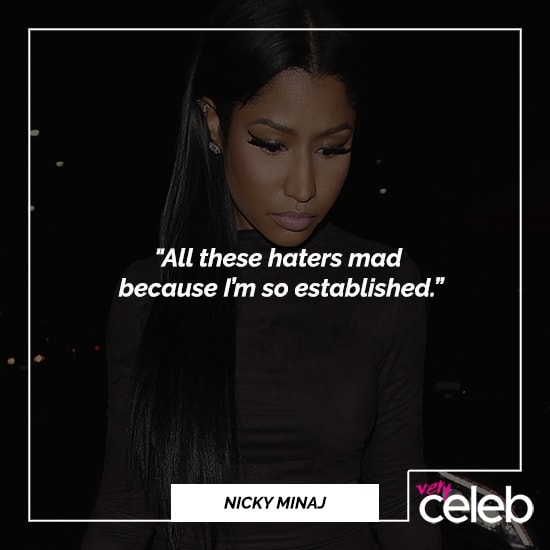 35. “Dear God, I am only what you made me and I appreciate everything that you gave me, but like, I don’t want to do it any more, sort of lost sight of what I’m doing it for.”
36. “Anyway, I think I met him sometime before, in a different life or where I record. I mean he was Adam, I think I was Eve, but my vision ends with the apple on the tree.”
37. “True confidence leaves no room for jealousy. When you know you are great, you have no need to hate.”
38. “Only one chance one bullet in the gun. This is my life and I only got one, yeah. The safety’s off and I put on her. Oh stick ‘em up, stick ‘em up. Ready to shoot.”
39. “I’ve constantly tried new things, even as a child, and have always been obsessed with pink. Now I’m just a little more ladylike and fearless. You should never feel afraid to become a piece of art. It’s exhilarating.”
40. “You don’t have to feel the need to put somebody down to make yourself feel better.” 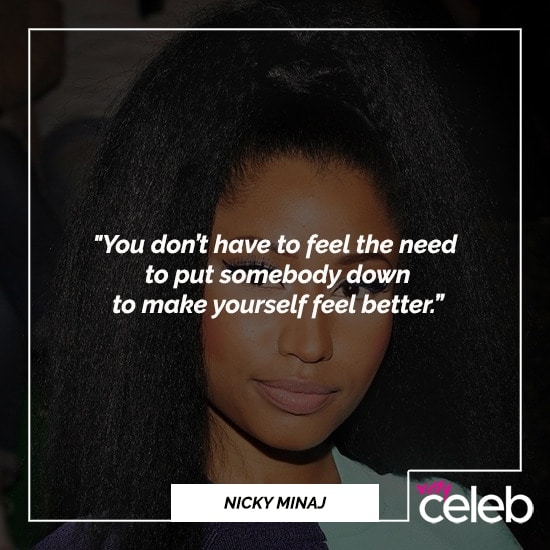 41. “My goal in the beginning was to buy my mother a house. Now I realize, okay, if I really focus and become a key player in business, then I can build an empire.”
42. “I happen to be a pessimist, and maybe that’s a good thing because I don’t stop to smell the roses – which is not a good personal thing. I don’t stop and enjoy those moments… Always on to the next and never in the moment.”
43. “I can’t see myself without pink lipstick. I can go without it for a couple days, but if there was no more pink lipstick in the world, I’d be useless. Seriously.”
44. “Fame is the worst pain known to man. It’s stronger than heroin.” 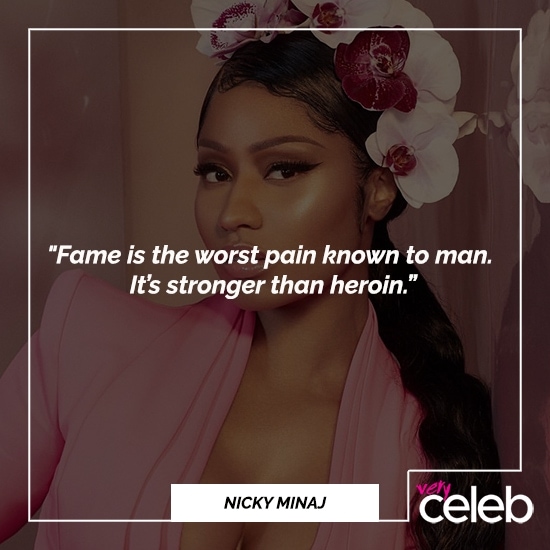 45. “Call me cursed or just call me blessed. If you can’t handle my worst you ain’t getting my best.”
46. “I don’t want children cursing. I’m very strict on my nieces and my little brother. They have to listen to clean versions of music. Even my music.”
47. “I just want women to feel in control, because we’re capable — we’re so capable.”
48. “I think sometimes the fashion world isn’t even about clothes anymore; it’s about this ‘in’ crowd, and I’m not into that.”
49. “Respect your haters, they’re the only ones who think you’re better than them.” 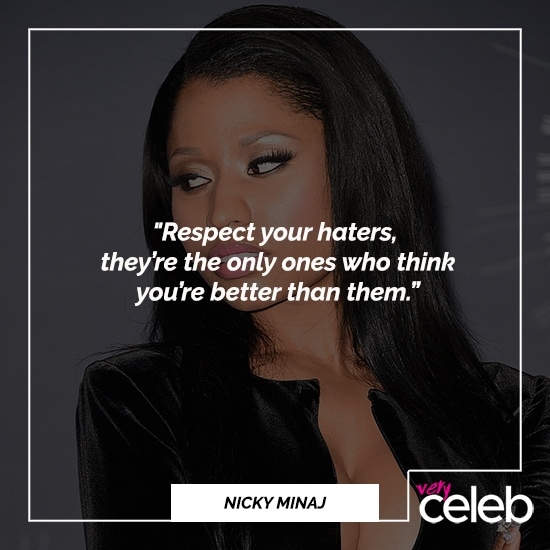 50. “My happiness doesn’t come from money or fame. My happiness comes from seeing life without struggle.”
51. “I’ve always been the type of person to make everybody happy and get things done. I want everything to be 100% perfect.”
52. “Lemme make this clear, I’m not difficult, I’m just ’bout my business.”
53. “I am not a word, I am not a line, I am not a girl that can ever be defined.”
54. “I don’t know if the secret of life is to find love, but I do think one of the secrets of life is to embody love.”
55. “I believe that life is a prize, but to live doesn’t mean you’re alive.” 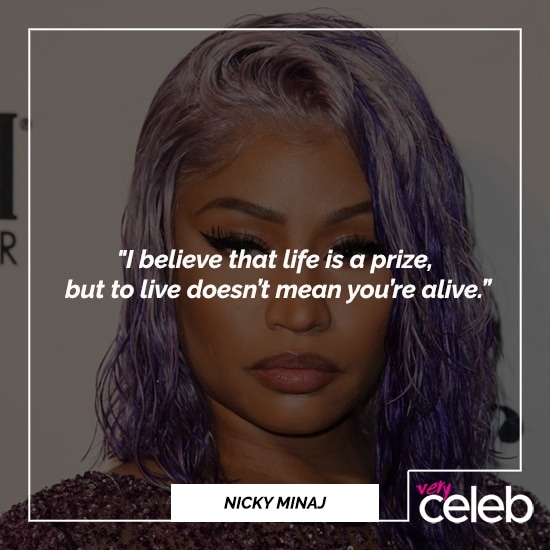 56. “I’ve always had this female-empowerment thing in the back of my mind – because I wanted my mother to be stronger, and she couldn’t be.”
57. “If people are sitting in the barbershop talking about my butt, it’s conversational. That’s what people are gonna do.”
58. “But, by just being myself, I end up touching a lot more people who might never have paid much attention to a female rapper.”
59. “I want people – especially young girls – to know that in life, nothing is going to be based on sex appeal. You’ve got to have something else to go with that.”
60. “I don’t need to Google myself.” 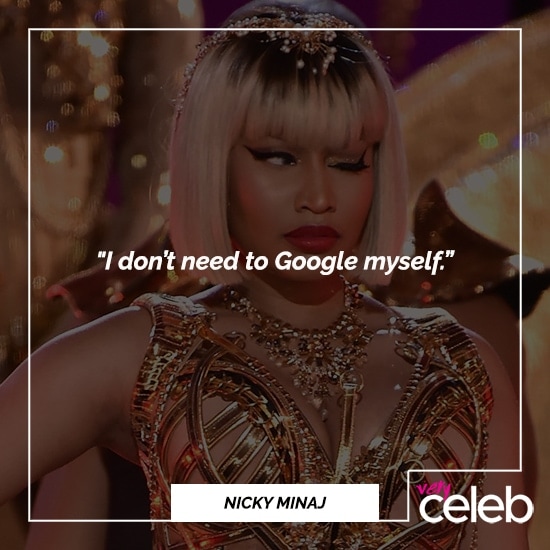