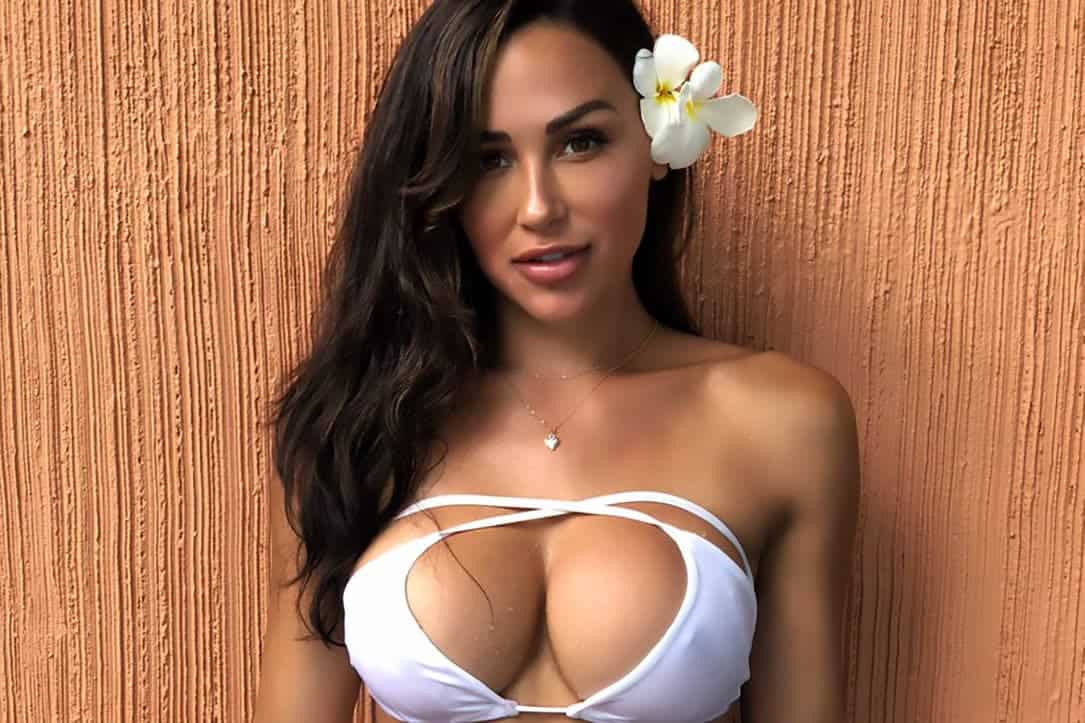 ☰ Questions & Answers show
1 Ana Cheri Career Overview
2 Who is Ana Cheri?
3 Where was Ana Cheri born?
4 How old is Ana Cheri?
5 How tall is Ana Cheri and how much does she weigh?
6 Who did Ana Cheri marry?
7 What is the net worth of Ana Cheri?
8 How many kids does Ana Cheri have?
9 Ana Cheri Photo Gallery
10 Are you looking for more?

Ana Cheri perhaps is the modern, empowered female model and actress who has made the most of her social media presence on Instagram and on traditional men’s magazines, particularly Playboy. She rises to any challenge and is a well-known fitness enthusiast who has around 12 million followers on Instagram. She also has thousands of followers on Facebook and Twitter.

Although Ana Cheri has made a fortune posing for and modeling for popular brands such as Monster Energy, Toyo Tires, and Punch Magazines, Ana has continued her goal of putting herself out there through her social media presence. In 2015, when Ana Cheri was already popular, she would pose nude for the popular men’s magazine Playboy, and this propelled her popularity sky-high.

Because of her popularity, she has been cast in a number of motion pictures.

Who is Ana Cheri?

Ana Cheri is a social media personality, endorser, brand ambassador, entrepreneur, fitness and wellness expert, and actress. Although there are many Instagram stars, Ana Cheri is one of the highest-paid as she apparently makes around $5,000 dollars for a single post. Ana Cheri has also been on screen as she has been cast in Nuclear Family in 2016 and Ana Cheri’s Boot Camp in 2017.

She is a model for well-known brands and is followed by millions of people around the world. She inspires people to live a healthy and active lifestyle. With her goals and advocacy for fitness and wellness, she has made good business and has even started her own activewear line called “Want My Look.” Being very enterprising, Ana Cheri has her own gym in Orange County, Sta. Ana. Her gym has a similar catchy name. It is called the “Be More Athletic” gym. Ana Cheri claims to be a strong and empowered woman.

Where was Ana Cheri born?

Ana Cheri was born in Anaheim, California. Although she is American, it could be inferred that Ana Cheri is of Latin, Caucasian and Native American ancestry.

How old is Ana Cheri?

How tall is Ana Cheri and how much does she weigh?

Ana Cheri stands at 5 feet 7 inches tall and she weighs around 118 pounds.

Ana Cheri in Her Workout OOTD

Who did Ana Cheri marry?

Ana Cheri is married to a co-fitness and wellness practitioner, Ben Moreland. They have done such a great job of keeping their personal lives low key that people could only guess when and where they were wed. Some people claim that they were wed in 2006; however, the year of their marriage has yet to be confirmed.

What is the net worth of Ana Cheri?

From all her endeavors, Ana Cheri’s net worth is estimated to be around $4 million.

How many kids does Ana Cheri have?

With the couple being much invested in their careers, Ana and Ben no have children.