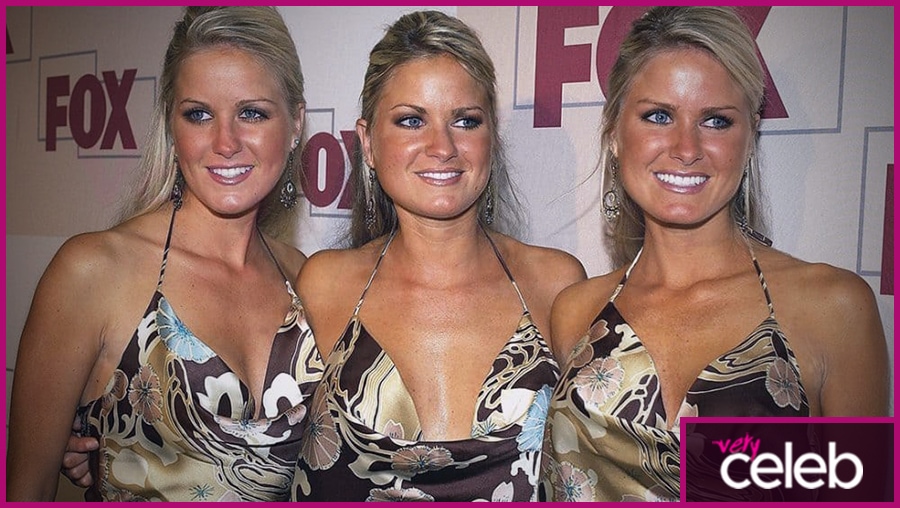 Who are the Dahm Triplets?

The Dahm triplets are identical striking blondes, standing at 5 feet 8 inches tall, known for starring in popular magazines such as Playboy and Teen. Growing up in Jordan, Minnesota, the triplets originally wanted to pursue careers in nursing. However, talent scouts soon spotted them and had them pose for photoshoots, initially for a teenage audience, before marketing them in adult publications.

It came as no surprise when the triplets had to decide whether they would continue a career in nursing or one in show business, they chose the latter.  They starred in a number of American sitcoms such as Boy Meets World in 1999 and were also featured in TV game and reality shows, including Family Feud, House Wars, 1 vs. 100, The Doctors and Renovate My Family.

What are the Dahm Triplets’ names?

The celebrity triplet’s names are Nicole, Erica, and Jaclyn Dahm.

Happy Birthday to my 2 favorite people in the world. I can’t imagine not having my wing girls by my side for the past 42 (43 counting 9mo in the womb 🤪) I love you more than words and wish you an amazing year!! 🎉😘♥️🥰🎉#thecabin’83

What did the Dahm Triplets DNA prove?

The probability of having identical triplets is quite rare. However, in the show Doctors, they would find out surprising truths about themselves as triplets. Initially, Doctors simply chronicled the pregnancies of the triplets, and the TV program would show sonograms and other interesting facts about the triplets. These episodes would launch Doctors to further fame. However, what was most interesting was when the triplets agreed to a DNA test. First, the DNA proved that they are indeed identical. In their second DNA test, they would find out more about their ancestry, and that their ancestries were surprisingly different. For instance, Nicole was 18% British and Irish. On the other hand, Erica was only 16% British and Irish. Furthermore, Erica had the largest French and German ancestry at 22.3%. Moreover, their DNA results would show that the triplets had varying Scandinavian ancestry as Erica was found to be 7.4% Scandinavian while Nicole was 11.4% Scandinavian.

What is the Dahm Triplets’ worrying truth?

The worrying truth about the triplets and the DNA test they took, is that DNA tests may not be that accurate. It is clear that the triplets are indeed identical; however, as the doctors in the show Doctors would say, the accuracy of these tests could be questioned as they revealed differing blood and ancestry lines for the triplets.

Where are the Dahm Triplets from?

The triplets were born in Minneapolis in Minnesota, and they are Americans. They are known to have British and Irish ancestry. However, through controversial DNA testing, the results revealed some differences. While they all share identical fingerprints, their DNA showed variations in the percentage of English/Irish ancestry they have, with Jaclyn possessing 19% down to Erica with 15%.

Are the Dahm Triplets married or single?

How many kids do the Dahm Triplets have?

How much are the Dahm Triplets worth?

Together, the Dahm triplets are a force to be reckoned with as they have made a huge sum of money. Their combined net worth is around $12.5 million which has been derived from their TV and modeling careers.

What are the Dahm Triplets’ height and weight?

The triplets all stand an identical 5 feet 8 inches, and their weight ranges between 115 to 118 pounds.

What age are the Dahm Triplets?

Latest Tweets From the Dahm Triplets

Do you want to get in contact with Dahm Triplets?

If our article has left you wanting more of Dahm Triplets, even getting in touch with them, we will take a look through our archives to find the answers for you. Click here to let us know what you’re looking for!

Find Out How Markie Post Got Famous: Marital Status, Husband, Net Worth, Height and More!