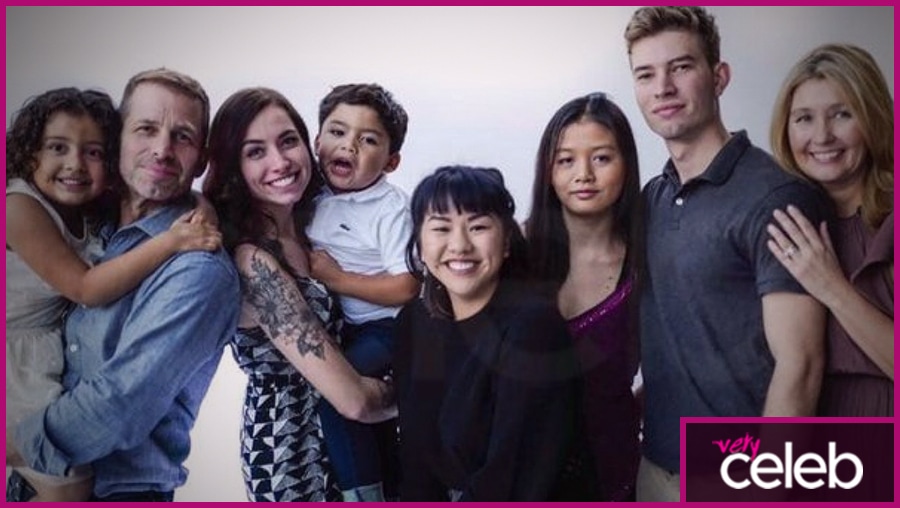 Autumn Snyder – Her Life, Death and In Between

Everything you’ve always wanted to find out about Autumn Snyder – biography, facts about her life, charity involvement and much more!

Autumn Snyder was the daughter of the world-renowned director Zack Snyder. Born in China on November 27, 1996, she was one of the eight children belonging to Snyder and Denise Weber.

The American director and his wife adopted Autumn when she was just over one year old and brought her to California. Growing up, she was her father’s daughter and adored writing and the movie industry, vowing to be a famous actress one day. It isn’t known if she ever met her birth family, but she spent her short life helping others.

In 2014, Autumn launched the Write-A-Thon Charity, which was created for the sole purpose of helping homeless mothers; she was also involved with Elizabeth House – an organization that helps the underprivileged.

Autumn was known for being a prolific writer, and before she took her own life, she was hoping to publish a sci-fi novel that she had written. Unfortunately, that novel has yet to be published, but we know from her parents that it featured a character that had trouble fitting in. Maybe her family will honor her memory by publishing it.

As a teenager, Autumn developed a deep-rooted depression, unsure of her place in the world. It was a question that plagued her, and Zack would spend many hours deep in conversation with his daughter. She was taking medication and attended therapy sessions, but nothing seemed to help. In interviews, Zack described their talks:

“The conversation was like, ‘Of course you’re amazing! What do you mean your worth? You’re worth more than anything in the world!’ And she would just be like, ‘…yeah.‘”

Her powerful legacy is in our hands… yours and mine… we must honor it.https://t.co/0eLZth3Xmg pic.twitter.com/Myn1sr1LuF

How did Autumn Snyder die?

On March 17th, 2017 Autumn Snyder killed herself. The Los Angeles County Medical report found that she had taken an overdose of antidepressants and allergy medicine. The combination of the two caused her death. Her family were devastated.

Why did Autumn Snyder commit suicide?

Due to the sensitivity of the matter, her family and friends have kept the details of her suicide to themselves, and still, 5 years after, we don’t know exactly why she committed suicide. However, it is known that she was suffering from depression at the time. As a tribute to his daughter, Zack Snyder’s Justice League ends with the song Hallelujah by Leonard Cohen with the words “For Autumn.”

At the time of her death, she was single, and there is no information if she had ever dated anyone in her life as she preferred to keep her love life private.

What are Autumn Snyder’s height and weight?

Unfortunately, there is no data regarding her height and weight. However, from her pictures, you could see that she was a stunning young lady, that she had sleek black hair and gorgeous black eyes.

Where is Autumn Snyder from?

Autumn Snyder was of American nationality, but she was of Chinese descent. When she was just a child, she was adopted by an American couple, Zack and Deborah Snyder.

Who are the parents of Autumn Snyder?

Her parents are American film director Zack Snyder and American producer Deborah Snyder. The family included 7 other children, a mix of their own biological kids and adopted children.

What was the net worth of Autumn Snyder?

Her net worth was estimated to be around $300,000 before she died. This was mostly attributed to the success of her father, movie director Zack Snyder.

How many kids did Autumn Snyder have?

Autumn didn’t have any children.

Here’s a closer view of the XL with the anamorphic 90mm. #raptorxl #R3D #ZeroOptik #RebelMoon

Hey DC fans! I am so excited to be a special guest in an upcoming episode of Teen Titans Go! Check it out THIS FALL on Cartoon Network.
 
#CNatSDCC #CartoonNetwork #SDCC #SDCC2022 #SanDiegoComicCon #ComicCon #ComicCon2022 #TeenTitansGo #TeenTitans #DC #DCKids @cartoonnetwork

Are you looking for more info about Autumn Snyder?

We may be able to help you achieve your goal, so just ask and we’ll do our best to deliver.

Tytyana Miller: From Hell to Health to Death – Find Out What Happened