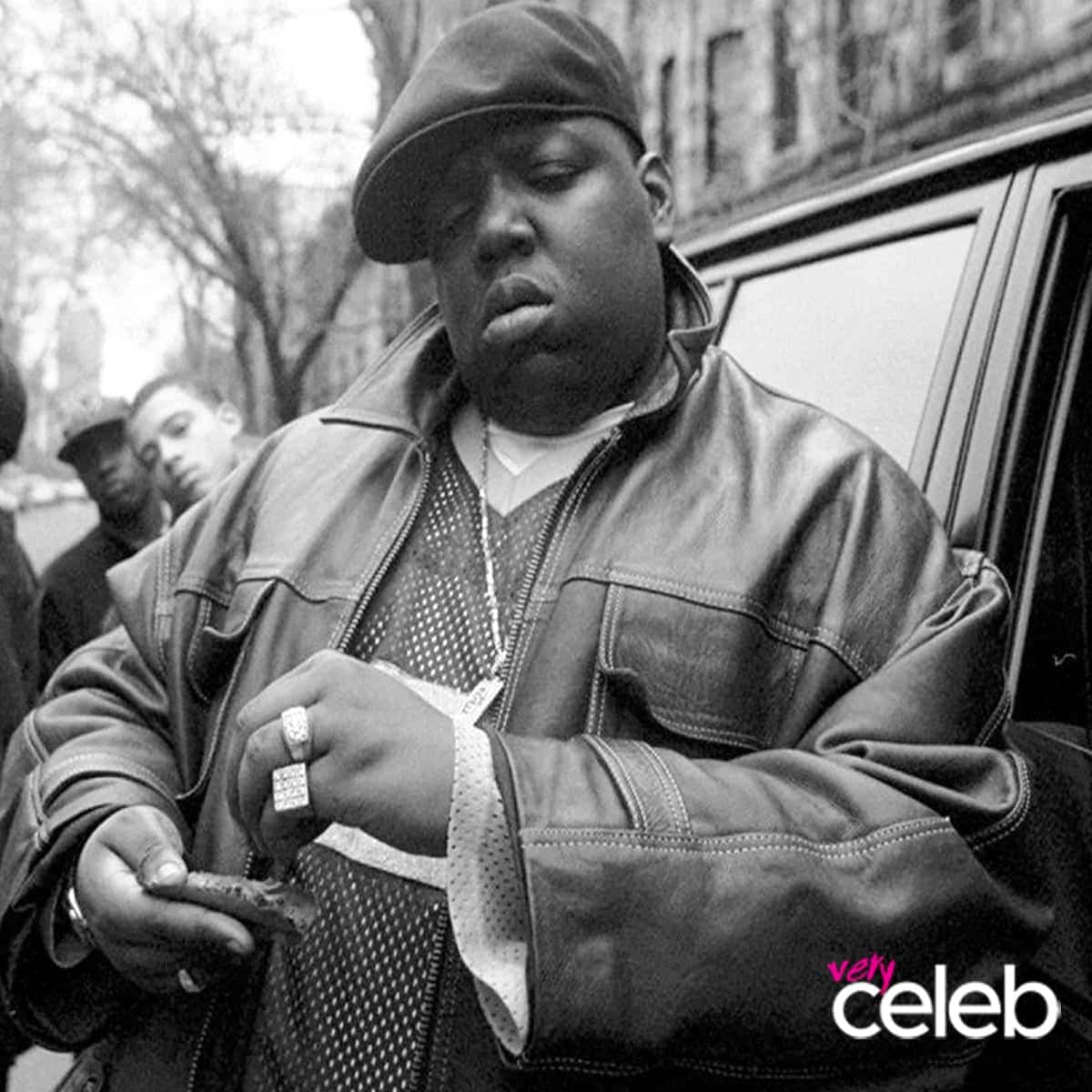 Biggie Smalls who is more famous for his celebrity name Notorious B.I.G. only lived to 24-years-old. Despite that, his name lived up to its name; Biggie, after all, had rap songs and records that made it big not just in the mainstream rap scene in the United States but also across the world. More than 24 years after his tragic death in 1997,  over 14 million people across the world continue to stream Biggie and his songs on platforms such as Spotify. Many of his songs that continue to make the hits include Hypnotize, Big Poppa, Juicy, Mo Money Mo Problems, and Old Thing Back.

Biggie was at the center of the east coast rap and hip-hop scene as he lived and thrived in the Big Apple. At the same time, west coast rap and hip-hop was also making the charts. To put it simply, the east coast-west coast feud brewed and Biggie was one of the stalwarts from the east coast. More documented and publicized was his growing discord with Tupac Shakur who was the top man in the west coast. Following the death of Tupac Shakur in 1997 was the death of Biggie himself who was killed in a drive-by shooting when he visited Los Angeles in 1997. Two weeks after Biggie’s death, one of his two last albums named Life After Death was released. It was so popular at that time that it topped the Billboard ratings and eventually claimed Diamond record status. With Biggie being the bigger than life celebrity rapper that he is, here are our top 55 bigger than life quotes, from the east coast legend himself.

1. “Life is a beautiful melody, only the lyrics are messed up.” 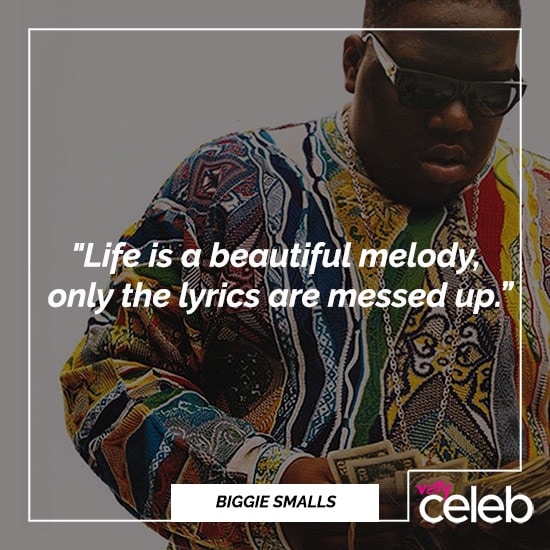 2. “Every true hustler knows that you cannot hustle forever. You will go to jail eventually.”
3. “As I open my eyes and realizing I changed. Not the same deranged child stuck up in the game.”
4. “I found something I was good at, I’m just trying to flip it, keep it going. I ain’t trying to slack at all.”
5. ”Never lose, never choose to.” 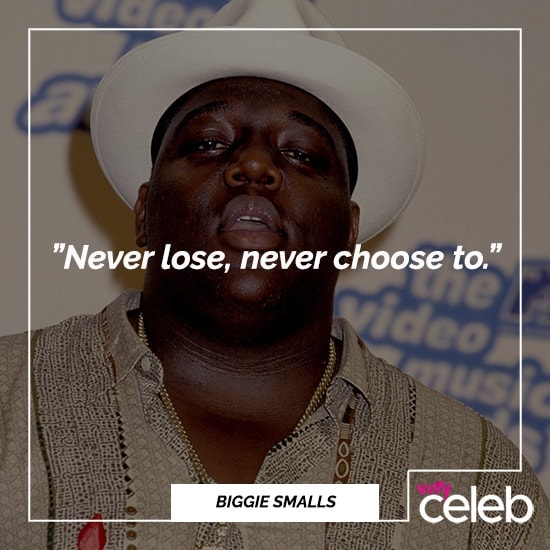 6. “You never want anyone to know everything about you. It makes you too easy to classify.”
7. “Sticks and stones may break bones, but the Gat will kill you quicker.”
8. “I wanted to get in the game and get the big house and the cars, and with the pool. I wanted to do all that.”
9. “It was all a dream.” 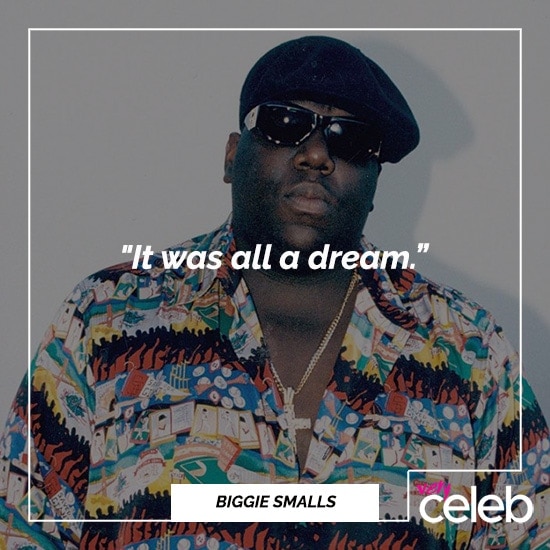 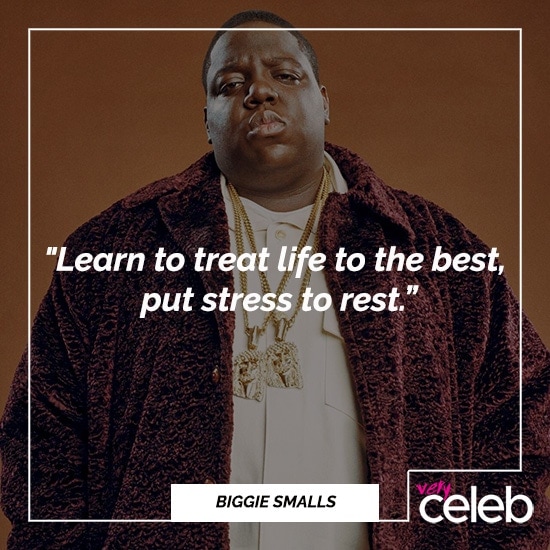 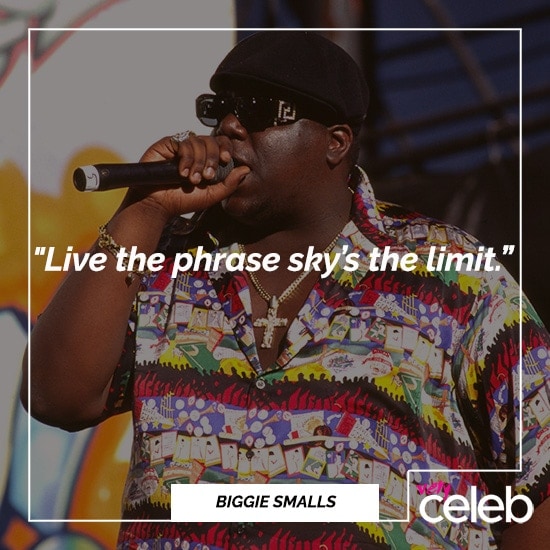 25. “I’m making music for the people. If y’all love the music, y’all gonna buy the music.”
26. “All I know is gold and platinum, and I want to be platinum.”
27. “Damn right I like the life I live, because I went from negative to positive.”
28. “I can’t even say Puff and me are like brothers, ’cause we closer than that.”
29. “Birthdays was the worst days, now we sip champagne when we thirsty.”
30. “Everything you get, ya gotta work hard for it.” 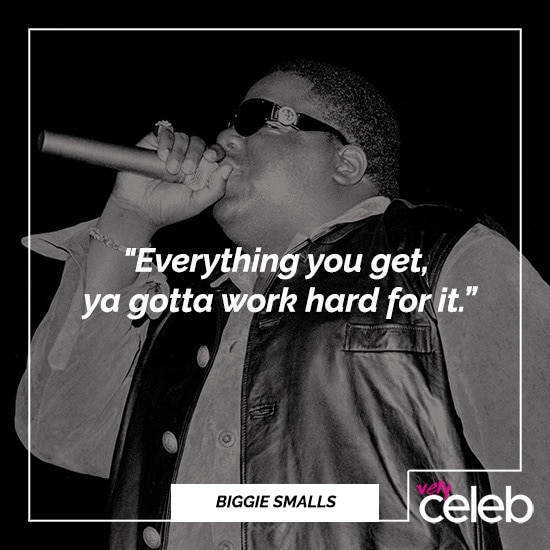 31. “I’m not a security-type person: I don’t want to have bodyguards around me. I’m not into all that.”
32. “The second time I went to jail, I was like, ‘okay, this is not the move.’”
33. “How real can your music be if you wake up in the morning hearing birds and crickets? I never hear birds when I wake up. Just a lot of construction work, the smell of Chinese takeout, children screaming, and everybody knocking a different track from ‘Ready to Die’ as they pass down the street.”
34. “We can’t change the world unless we change ourselves.” 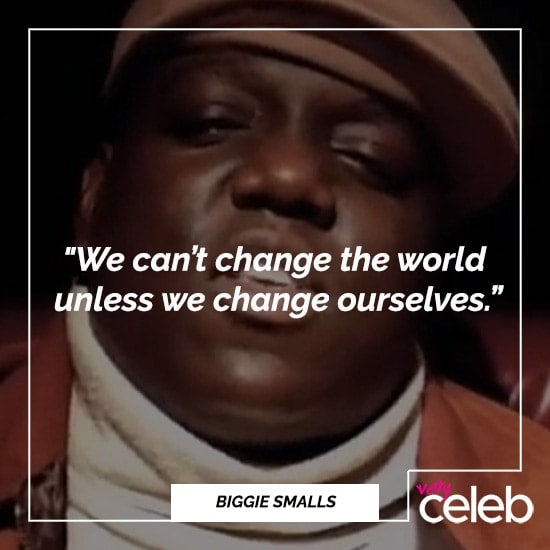 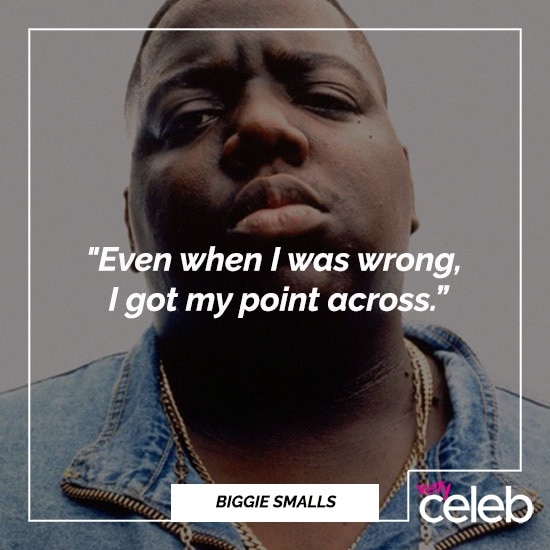 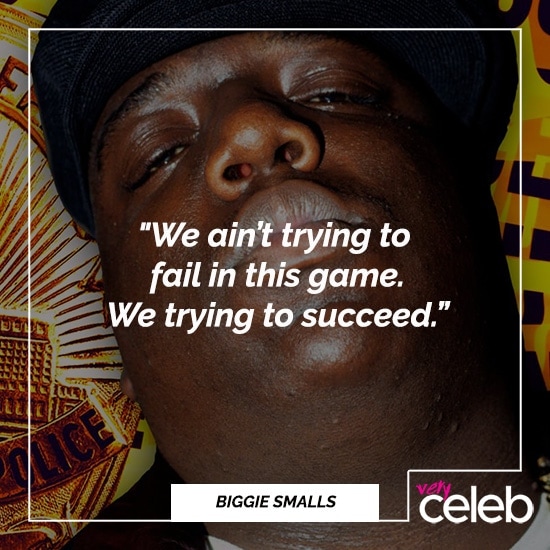 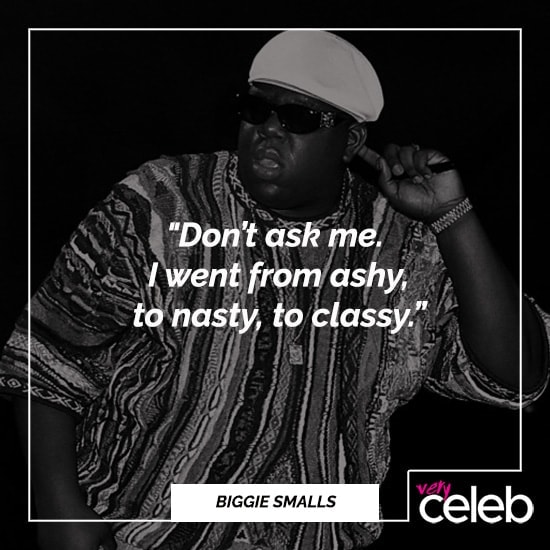