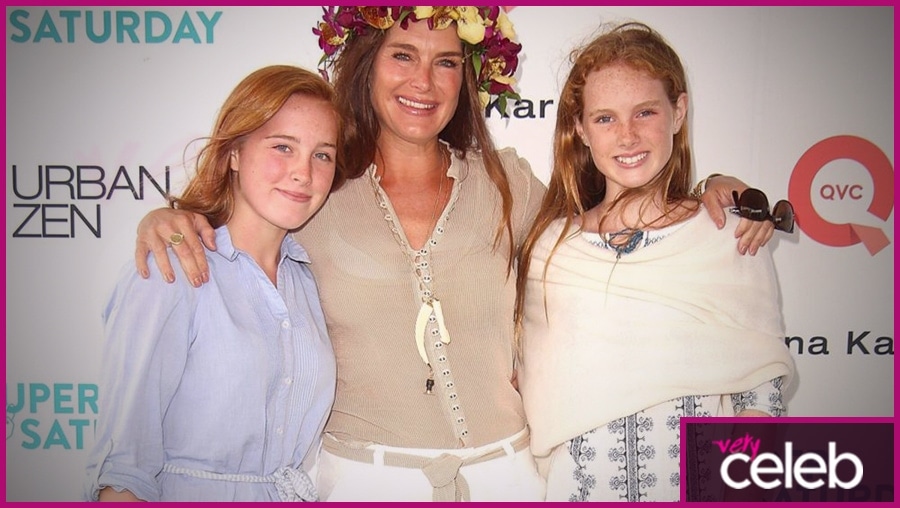 Brooke Shields is well-known in the performing arts world. Turning 57 years old, she has a long list of films under her belt, and started out as a child model, already famous at the tender age of 12.

Many still remember her critically-acclaimed performance in the 1978 controversial movie, Pretty Baby, wherein she played the role of Violet, a 12 year old prostitute. She claims to have no regrets playing this part, and was insulated from much of the hype by her protective mother, Teri Shields.

She has also starred in a variety of dramas such as The Blue Lagoon and Endless Love. You have probably seen her in the series Lipstick Jungle or That 70s Show as well. She has received multiple awards throughout her career and has also appeared on stage numerous times.

Married in 2001, Brooke and her husband, Chris Henchey have two beautiful daughters – Rowan Francis and Grier Hammond, and are still very much in love.

Before Henchey, Shields was actually married to Andre Agassi, a big name in the tennis world. She and Agassi did not have any children together.

Brooke Enjoying The Sun With Daughters Rowan and Grier

Rowan Francis Henchy is the eldest daughter of Brooke Shields and her husband Chris Henchy. She is currently living with her mom and dad in Manhattan, New York.

Both she and her sister are attending school in Los Angeles.

Grier Hammond Henchy is the second of Shields’s two daughters. As she is still a teenager like her older sister, she too currently lives with her parents in their Manhattan home.

How old are Brooke Shields’s daughters?

Brooke Shields played the character, Wendy Healy, in the 2008-2009 series, Lipstick Jungle. Her character had a daughter named Maddie Healy, played by the actress Sarah Hyland.

Lipstick Jungle was a dramedy with a premise that revolved around three characters, one of which is Shields’s movie producer character, Wendy Healy. The story follows the characters’ personal and professional lives as they navigate the crazy and romantic New York City.

As for Sarah Hyland (the actress who played Shield’s character’s daughter, Maddie), she reached 29 years old in 2020. During the show’s run, she was around 17 years old. She reportedly had a great time playing Brooke Shields’ daughter on the show and there are many cute set pictures of them online.

Shields’s real daughters were just little kids at this point. Rowan was 5 and Grier was just 2. Basically, Brooke appeared in this show while rearing her two very young daughters.

Rowan Francis, the elder sister, is 5 ft 4 in tall.

What nationality and ethnicity are Brooke Shields’ daughters?

Both Rowan and Grier are American and their ethnicity is white.

Interview With Brooke Shields On How She Protects Her Daughters

Our Pepper is ELEVEN today. The kids say she’s old… I say she’s just hitting her prime. We love you, birthday girl!! 🥳🐾🦴🎂

Tag yourself, I'm the middle left... and also all of them 🖤 #TBT

A true class act whose light shined everywhere she went… she inspired us all ❤️ A wonderful mother and wife, who was grace and strength personified. Sending all of my love to Olivia’s family and friends. She’ll never be forgotten.

Who is Jeanine Pirro’s daughter? Get the Latest News on Christi Pirro, Her Career & More