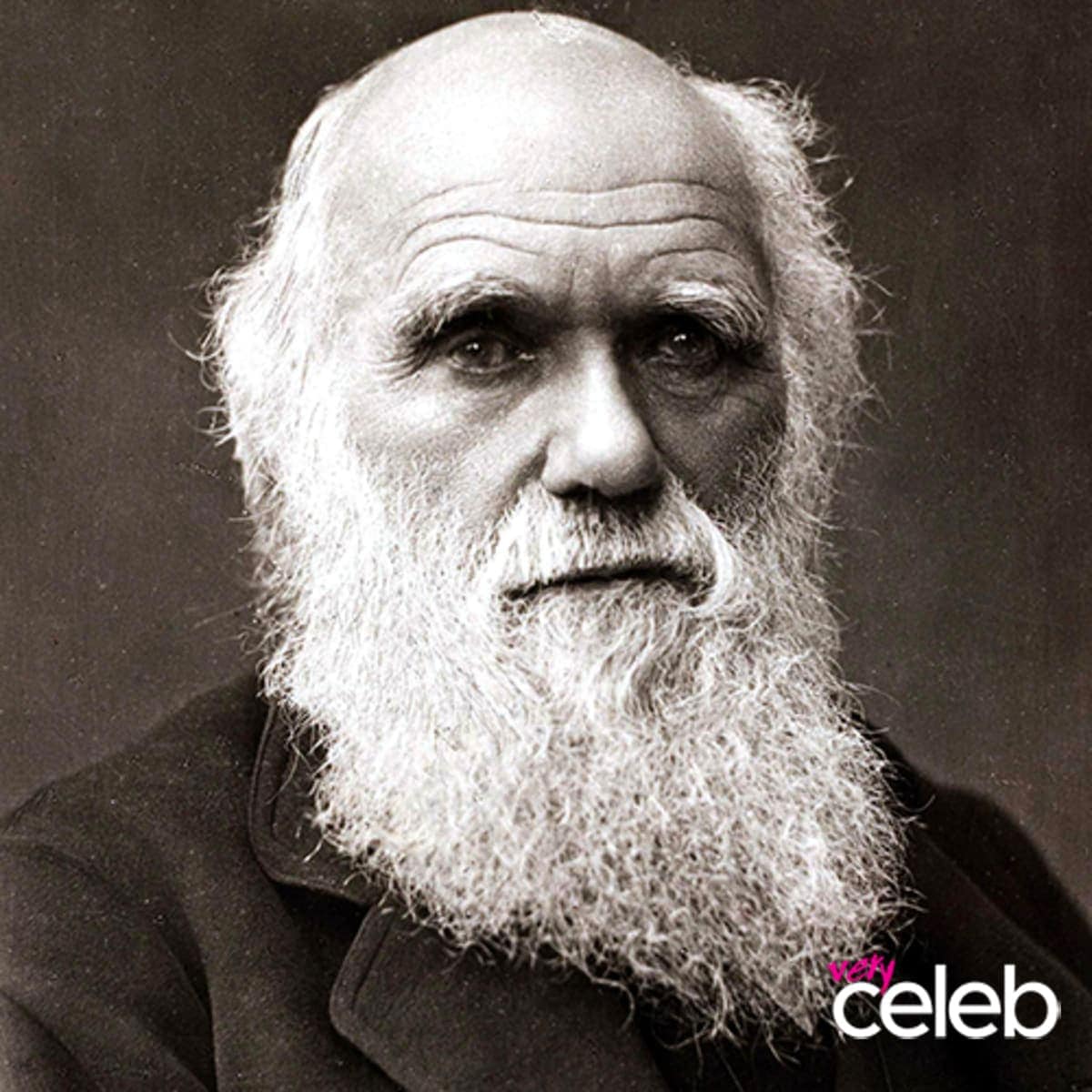 You’d be hard-pressed to find another name beside Charles Darwin associated with the highly accepted theory of evolution. Actually, Charles Darwin is considered the Father of Evolution with his famous evolution book  On the Origin of Species. Born in the 19th century in England, this English scientist was supposed to become a medical doctor since he was pursuing a degree in medicine at the University of Edinburgh. This was the best decision that Darwin ever made as he eventually devoted his life’s work in the pursuit of proving evolution as a fact. He was of the belief that living creatures naturally adapt to their environment in order to survive. In the midst of survival, living creatures evolve. Darwin was able to prove his theory after the scientific observations of birds at the Galápagos Islands.

Certainly a workaholic, Charles spent hours and hours writing about his theories in order for people to understand how man came to be. Because of the stress he faced with his mounting works and publications, he was always hounded with fever, stomach problems and other ailments. Charles Darwin married his first cousin Emma Wedgwood. Together they had ten children. Charles Darwin eventually succumbed to a heart condition, dying at the age of 73 years old. The insights of this amazing scientist continues to be read to this current day and age.

1. “The love for all living creatures is the most noble attribute of man.” 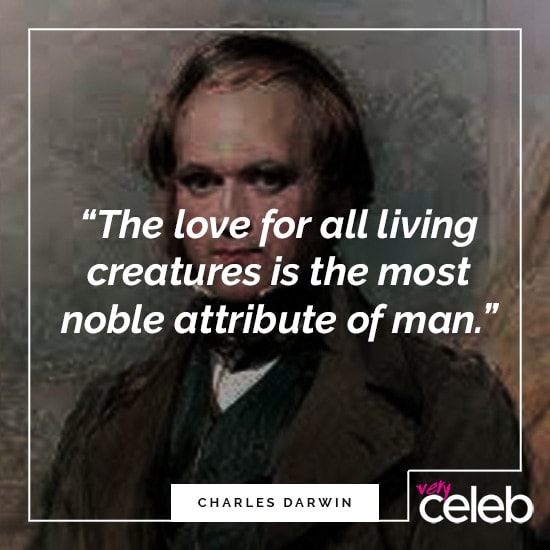 2. “To kill an error is as good a service as, and sometimes even better than, the establishing of a new truth or fact.”
3. “Man tends to increase at a greater rate than his means of subsistence.”
4. ““It is those who know little, and not those who know much, who so positively assert that this or that problem will never be solved by science.”
5. “Great is the power of steady misrepresentation.”
6. “Animals, whom we have made our slaves, we do not like to consider our equal.”

7. “The highest possible stage in moral culture is when we recognize that we ought to control our thoughts.”
8. “I love fools’ experiments. I am always making them.”
9. “I am not apt to follow blindly the lead of other men.”
10. “We stopped looking for monsters under our bed when we realized that they were inside us.” 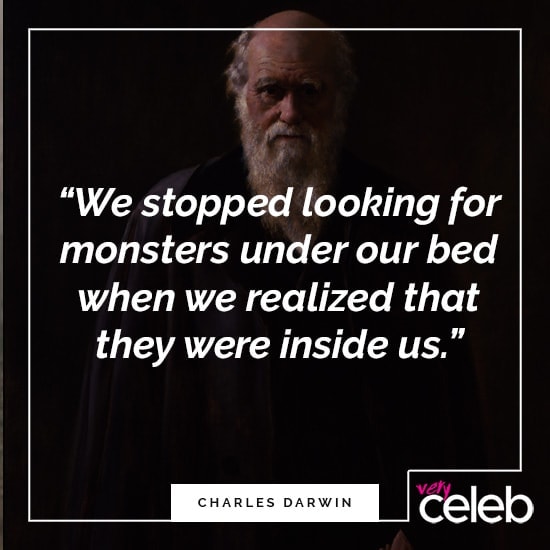 11. “Man selects only for his own good: Nature only for that of the being which she tends.”
12. “There is grandeur in this view of life, with its several powers, having been originally breathed by the Creator into a few forms or into one.”
13. “It is not the strongest of the species that survives, nor the most intelligent that survives. It is the one that is the most adaptable to change.”
14. “A moral being is one who is capable of reflecting on his past actions and their motives – of approving of some and disapproving of others.”
15. “Ignorance more frequently begets confidence than does knowledge.”
16. “A man who dares to waste one hour of time has not discovered the value of life.”
17. “What a book a devil’s chaplain might write on the clumsy, wasteful, blundering, low, and horribly cruel work of nature!”
18. “I see no good reasons why the views given in this volume should shock the religious views of anyone.”
19. “Blushing is the most peculiar and most human of all expressions.” 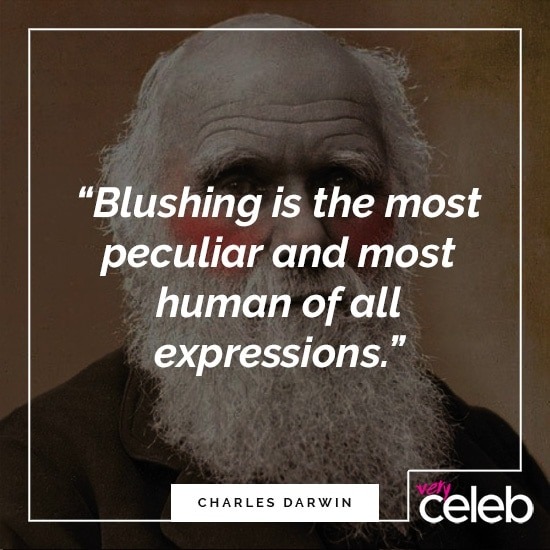 20. “Intelligence is based on how efficient a species became at doing the things they need to survive.”
21. “The mystery of the beginning of all things is insoluble by us; and I for one must be content to remain an agnostic.”
22. “I am turned into a sort of machine for observing facts and grinding out conclusions.”
23. “If the misery of the poor be caused not by the laws of nature, but by our institutions, great is our sin.” 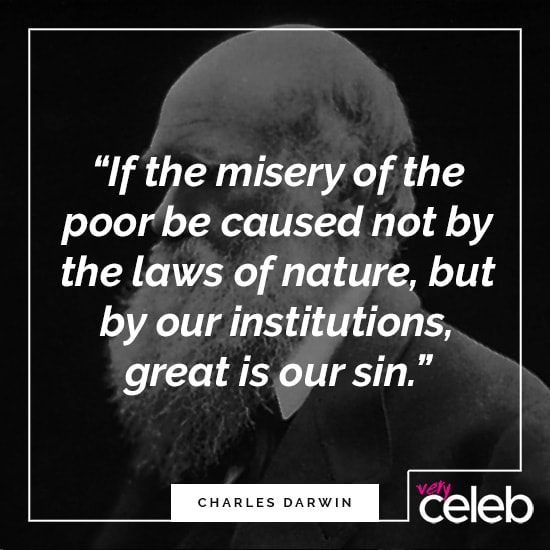 24. “Man is descended from a hairy, tailed quadruped, probably arboreal in its habits.
25. “Besides love and sympathy, animals exhibit other qualities connected with the social instincts which in us would be called moral.”
26. “In the long history of humankind (and animal kind, too) those who learned to collaborate and improvise most effectively have prevailed.”
27. “False facts are highly injurious to the progress of science, for they often endure long; but false views, if supported by some evidence, do little harm, for everyone takes a salutary pleasure in proving their falseness.”
28. “It is a cursed evil to any man to become as absorbed in any subject as I am in mine.”
29. “How paramount the future is to the present when one is surrounded by children.”
30. “We must, however, acknowledge, as it seems to me, that man with all his noble qualities… still bears in his bodily frame the indelible stamp of his lowly origin.” 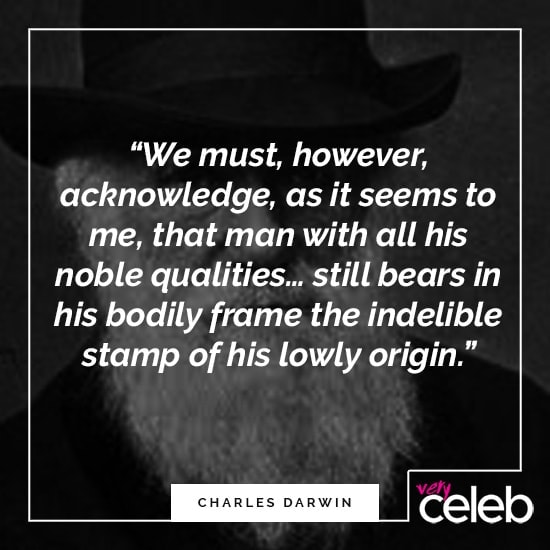 31. “We can allow satellites, planets, suns, universe, nay whole systems of universe, to be governed by laws, but the smallest insect, we wish to be created at once by special act.”
32. “I cannot persuade myself that a beneficent and omnipotent God would have designedly created parasitic wasps with the express intention of their feeding within the living bodies of Caterpillars.”
33. “A man’s friendships are one of the best measures of his worth.” 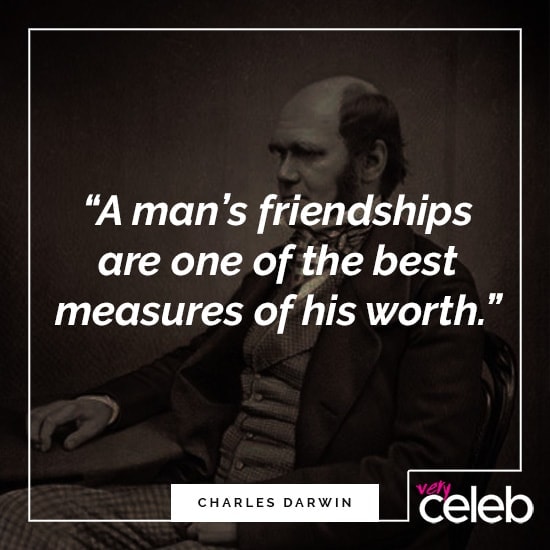 34. “I have called this principle, by which each slight variation, if useful, is preserved, by the team of natural selection.”
35. “One general law, leading to the advancement of all organic beings namely, multiply, vary, let the strongest live and weakest die.”
36. “This preservation of favorable variations and the rejection of injurious variations, I call natural selection or the survival of the fittest.”
37. “Keep steadily in mind that each organic being is striving to increase, that each at some period of its life, has the struggle for life, and suffer great destruction. The war of nature is not incessant. The vigorous, the healthy, and the happy survive and multiply.”
38. “The survival of preservation of certain favored words in the struggle for existence is natural selection.” 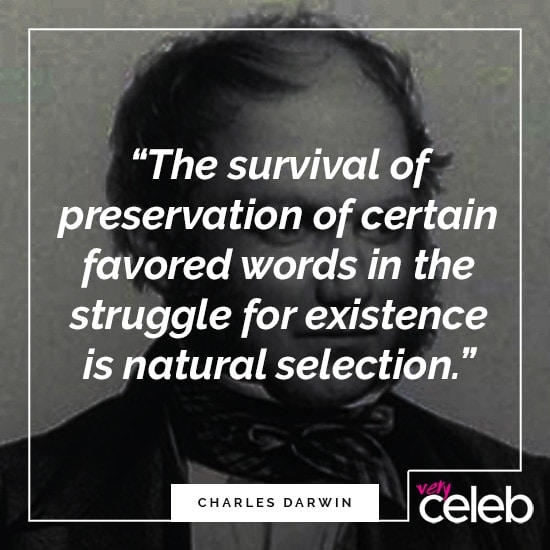 39. “A scientific man ought to have no wishes, no affections, – a mere heart of stone.”
40. “On the ordinary view of each species having been independently created, we gain no scientific explanation.”
41. “My mind seems to have become a kind of machine for grinding general laws out of large collections of facts.”
42. “I have tried lately to read Shakespeare, and found it so intolerably dull that it nauseated me.” 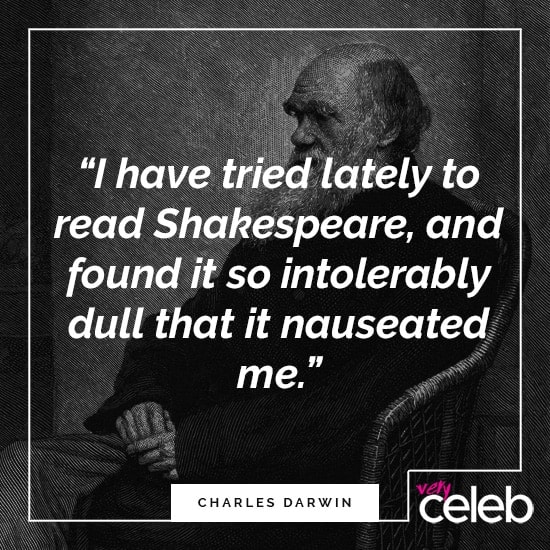