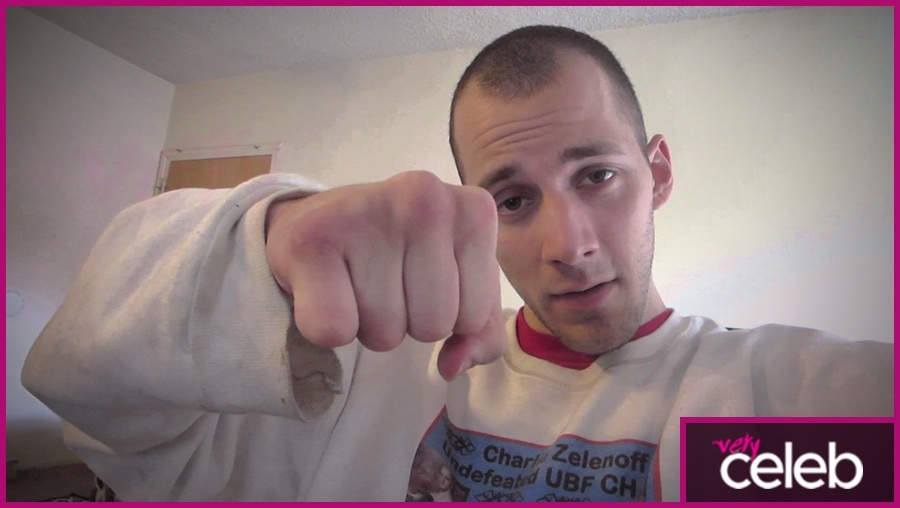 Charles Peter Zelenoff, better known as Charlie Zelenoff, claims to be an ‘unbeatable’ and best boxer of all time who has a 240-0 unbeaten record. However, it turned out that he had a boxing record of 0-1 as he was disqualified from his debut bout in the welterweight division against Andrew Hartley.

Through his YouTube channel, Charlie became one of the greatest internet boxing celebrities. Charlie always boasts of knocking down many heavyweight boxers through his 4500 psi punches. This power equals as much as the impact force of a meteorite.

Charlie’s fame was boosted after his sparring session with Floyd Mayweather, Sr. who’s twice his age. Though the sparring session did not last long enough as he crawled out of the ring, he gained a lot of fans and still claims to be undefeated.

What nationality is Charlie Zelenoff?

The nationality of Charlie is American and his ethnicity is Russian-American since his parents were from Russia.

How old is Charlie Zelenoff?

How much does Charlie Zelenoff weigh?

What is Charlie Zelenoff’s net worth?

Charlie has an estimated net worth of $200,000. He earned most of this by running his YouTube channel.

Is Charlie Zelenoff married or single?

Charlie was married to a certain Daria whom he dated for several years. Other details of their marriage were kept from the public but it is said that the couple lives in California, USA. It is unknown whether Zelenoff is currently married.

What does Charlie Zelenoff do for a living?

Charlie is a self-proclaimed ‘unbeatable boxer’ of all time. He also claims to have a 240-0 unbeaten boxing record but none of these were proven true. He was tagged as the biggest boxing bully of the world. Zelenoff is also popular for fighting Wilder, a famous heavyweight champion, and arrived to the match wearing two right-hand gloves. Needless to say, Zelenoff was easily defeated, and Wilder speaks of the confrontation with a laugh.

What happened to Charlie Zelenoff?

Charlie gained fans through his YouTube videos. He uploaded controversial videos on the video-sharing platform of him challenging other boxers to a fight in the gym. However, he lost his fans almost as quickly as he gained them. Right now, his YouTube account has long been taken down, but hate comments and articles about him live on.

Find Out All The Fascinating But Little Known Facts About Football Star DJ Law!