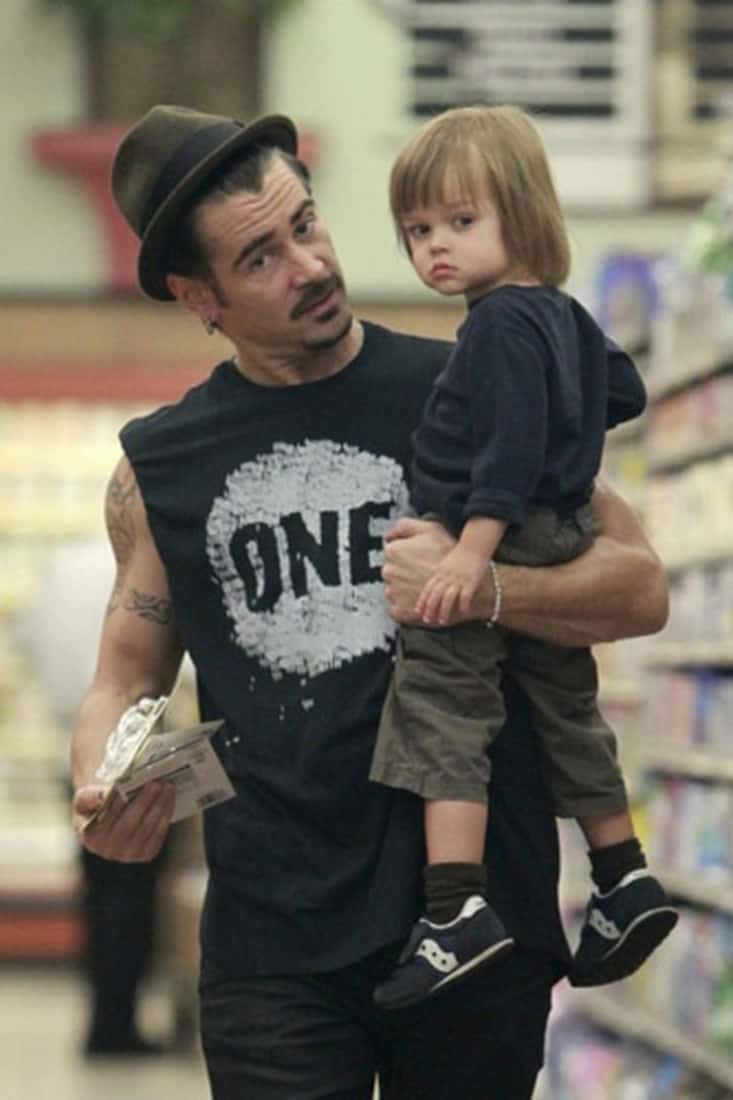 Who are Colin Farrell’s sons?

James Padraig Farrell is the eldest son of Irish actor, Colin Farrell. He was born on September 12, 2003 and is currently 18 years old. He is the only child that the actor had with his former wife, Kim Bordenave. James is currently living with his mom and her new husband, Jimmy Gamboa.

Henry Tadeusz Farrell is Colin Farrell’s second and youngest son. He was born on October 7, 2009 in Los Angeles, California, making him 12. Henry’s mother is Alicja Bachleda-Curuś, and she and Colin split up the year after he was born.

What condition does Colin Farrell’s son, James, have?

James Farrell was born with a rare genetic disorder – Angelman Syndrome, meaning that he needs help managing his personal care, and in May 2021, his father requested a conservatorship for him. The document describes James as:  “nonverbal and has issues with his fine motor skills, making him unable to properly care for his own physical health and well-being and requiring him to need assistance in preparing food, eating, bathing, and clothing himself.”

Despite his condition, James took his first steps before 4 years old which was a proud dad moment for Colin as most children with Angelman Syndrome are not able to walk until they are 7-10 years of age.

Colin Farrell has been very open about his son’s condition and is advocating for more research into Angelman Syndrome, whilst offering his support to parents of kids with special needs.

What nationality are Colin Farrell’s sons?

Both James and Henry were born in Los Angeles, California, and they are of American nationality, even though their parents are Irish and Polish.

How old are Colin Farrell’s sons?

What is the net worth of Colin Farrell’s sons?

What do Colin Farrell’s sons do for a living?

Both Colin Farrell’s sons have yet to decide on a career path yet. Sadly it is unlikely that James will hold down a job, but Henry might decide to follow in his father’s famous footsteps.

Are there other famous celebrities related to Colin Farrell’s sons?

Yes. James Padraig Farrell’s mother is Kim Bordenave, who is an American model. Meanwhile, he had his second son, Henry, with Alicia Bachleda-Curus, who is a Polish actress and singer. Colin Farrell split up with both women soon after giving birth to their respective sons.

We can help you get in touch with Colin Farrell and his sons!

Who Are Harrison Ford’s Four Sons?