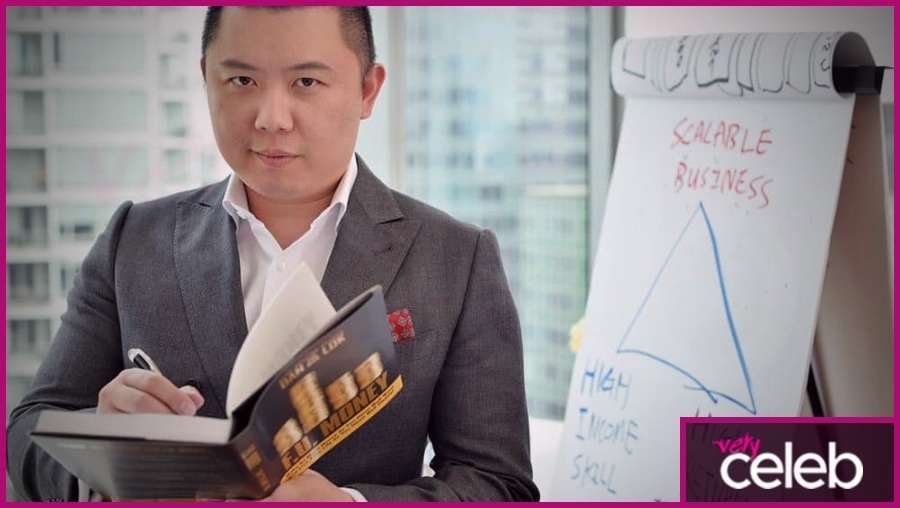 Dan Lok is a businessman, marketer, author, and YouTuber who deals and talks about everything finance. He is a Chinese-Canadian who founded the company, Closers.com.

Closers is a SaaS platform that helps and aids companies in connecting to sales teams. Lok is also the CEO of his company, Dan Lok Marketing Inc.

He spent his teenage years in Canada along with his mother. Dan studied at Douglas College in British Columbia. As of today, Dan Lok remains in Canada with his family.

His first job was a bagger at a supermarket and he mowed lawns on the side. He decided to start an online business named Quick Turn Marketing Ltd. and Table Tennis Master.

Dan Lok is a businessman who is a self-made millionaire. He made his first million in 2008. At first, he failed in many business ventures, 13 of them to be exact. But after partnering with 15 companies in different fields, he grew richer and richer.

After a few years, he co-founded Charm Function Jewelry. Since then, he has entered into many other business ventures and entrepreneurial groups and has closed high-ticket offers. He also created a YouTube channel with over 1.6 million subscribers and has just as many instagram followers

To help others reach and understand his life, Dan wrote numerous books such as Creativity Sucks! How To Generate Million Dollar Ideas in 60 Seconds of Less, The Art of War for the New Millennium, F.U. Money, and The Midas Touch.

How old is Dan Lok?

How tall is Dan Lok?

What ethnicity is Dan Lok?

Dan Lok is of Chinese descent.

What nationality is Dan Lok?

How much does Dan Lok weigh?

What is Dan Lok’s net worth?

Reports claim that Dan Lok’s net worth is $50 million.

What is Dan Lok most famous for?

Dan Lok is most famous for the financial prowess that has propelled him to own many businesses and a great YouTube channel.

Is Dan Lok single or married?

Who is Dan Lok’s spouse?

He is married to Jennie Li. They have been together for more than 10 years. Jennie now helps Dan with his business.