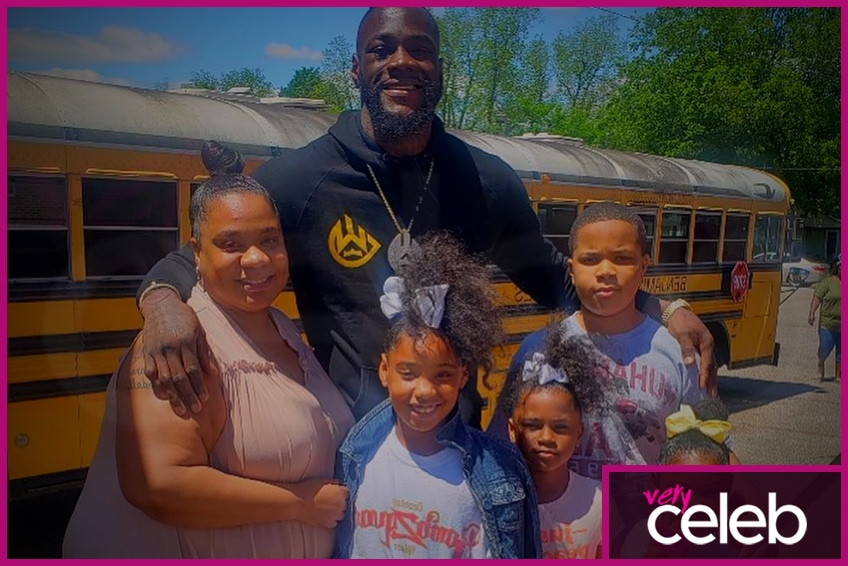 Who Is Jessica Scales Wilder?

Wilder was a heavyweight giant who held the World Boxing Council heavyweight title from 2015 until 2020 when he lost the title to no other than Tyson Fury. During the fight, Wilder claims he was tired and under the weather, was this true, or merely an excuse, we’ll never know 🤐😉😂

Jessica and Deontay were together for a number of years during which time they started a family. Sadly, however, in 2017 the couple sought a divorce, going their separate ways. Whilst Jessica has dabbled in the world of acting, it is said that she bathed in her husband’s limelight, and after the divorce, has avoided the public. Focusing on being a mother to her three kids, this is where her priorities lie now.

Though Deontay and Jessica intentionally maintained a very private life whilst dating and little is known about how the couple even met, both attended the Shelton State Community college, so it’s likely that they met here. This was long before Deontay’s professional career hit dizzying heights, while he was still considering a career in football or basketball, and coping with failing academic grades.

Why did Deontay Wilder split up with Jessica Scales Wilder?

No one knows for certain what caused the breakdown, in 2017, of their marriage but Deontay has since moved on with his life and his current love seems to be at the very opposite end of the personality spectrum, so it’s possible they just came to realize they’d grown apart and felt they were no longer right for one another. They still have children together and the exes seem amicable towards each other even though there are rumors floating about that Deontay was unfaithful whilst still married to Jessica.

Where is the birthplace of Jessica Scales Wilder?

Jessica Lynne Scales Wilder is an African American who was born and raised in the Southeastern U.S state of Alabama where she grew up. Here she attended Shelton State Community College located in Tuscaloosa for her studies.

How old is Jessica Scales Wilder?

Jessica has hidden herself away from the spotlight and kept a degree of anonymity, most likely to protect her children from the negative press which frequently finds itself attached to the boxing world, but we do know that she was born in 1986, though the exact date isn’t available. This would make her approximately 37 years of age. Deontay’s birthdate, on the other hand, is well known. He was born on October 22nd, 1985, making him also 37 years old and a Libran.

How tall is Jessica Scales Wilder?

It is unknown how much the shy former partner of Deontay weighs or how tall she is, although he stands at an incredible 2.01 meters (6ft 7inches) which must be advantageous to his reach within the ring.

What does Jessica Scales do for a living?

Not a lot is known about her job history, however, we do know that she has a talent for acting and starred in a 2018 short film called To Stay and to Serve: Life on Wigton’s Homefront.

How much is Jessica Scales Wilder’s net worth?

Despite her marriage and divorce to the famous sportsman, Jessica’s financial status has never been disclosed publicly, although she is widely rumored to have a net worth in excess of $1 million. The boxer must be paying child support for their shared offspring, especially with his current net worth of over $30 million!

How many kids do Jessica Scales Wilder and Deontay have?

Jessica Scales Wilder has three children – Deontay Wilder jr. and Dereon Wilder are her two sons and her daughter is Ava Wilder, all of which were fathered by her ex-husband.

Deontay, however, is father to a further five children and has stated many times how much he loves fatherhood. He is, himself, the eldest of a family of eight siblings, and admits he was often the one handed the majority of the house chores and often looked after his younger brothers and sisters, one of which is fellow boxer, Marsellos Wilder.

Though Deontay doesn’t like to put his family into the public eye too much, he’s never shied away from talking about just how much all of his children mean to him and why he values the large family unit he has. His eldest daughter who was born with spina bifida, a birth defect in which the growth of the spine and the membranes surrounding the spinal cord are affected, appears to be his proudest achievement.

Though he and mother Helen Duncan, his partner at the time, were worried when doctors informed them their baby may never be able to walk or talk, she miraculously defied all expectations and went on to do both. She attends school with no issues and now at the age of fourteen, is one of the brightest students in her class!

Deontay with his current girlfriend and youngest daughter

Who is Deontay Wilder’s new girlfriend?

Since Jessica and Deontays’ 2009 split, the father and professional boxer has found a new love to cheer him on courtside of the ring, a woman who in contrast to his former partner, seems very comfortable standing in the public eye. Telli Swift, the well-traveled actress, model and star of American television reality series WAGS Atlanta, who was born in the Philippines before being raised in Japan and then moving to Los Angeles, has been a prominent feature at matches alongside her beau in recent years.

Telli’s impressive near half-million followers on her Instagram account shows her contrasting love of the limelight and it was in fact here, in Telli’s DMs that the pair first entertained romance, after they initially met and were attracted to one another at a Los Angeles airport in 2015. Though Telli was committed from the offset, Deontay was very reluctant to jump in the deep end and felt like they might be going a bit too fast. When asked why he felt that way he said he was scared he might get his heart broken. Telli didn’t give up though and the pair have now been engaged over two years and even have a two-year-old daughter together named Kaorii Lee, born on March 7, 2018.

Deontay with Telli on the cover of JMG Lifestyle magazine

This is what @jmglifestyle is all about. Thanks guys ✊🏿 @telliswift #BombZquad

Get ALL the info about Jessica Scales Wilder!

Contact us and we’ll get you everything your heart could desire about Jessica Scales Wilder’s life, her relationships and more!

Colin Cowherd Is Madly In Love With His “New” Wife! Find Out Everything There Is To Know

Matthew McConaughey’s Wife Didn’t Know Who He Was!😨