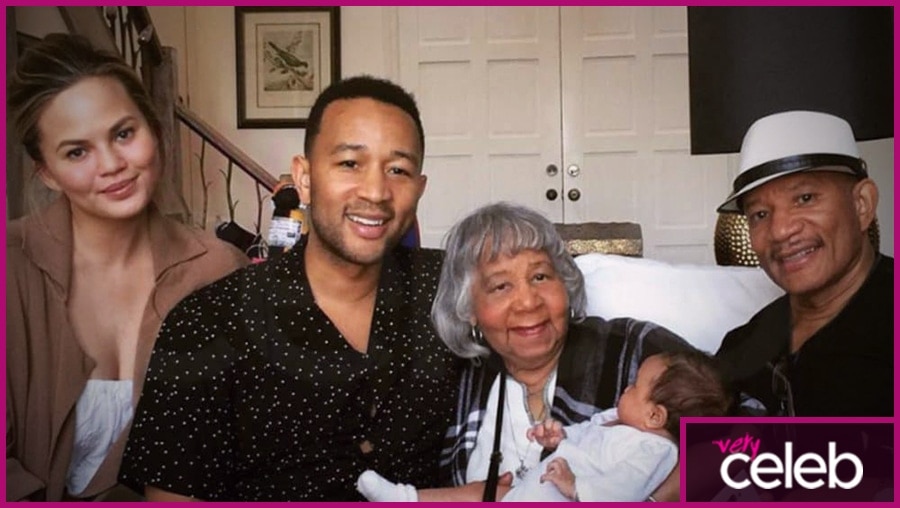 The parents of famous American singer, songwriter John Legend are Ronald and Phyllis Stephens. They have four children and lived in Springfield, Ohio. Phyllis was a quilter, with many of her creations exhibited across America and beyond. Ronald was a factory foreman and worked for many years as a tailor. After beginning to lose his hair, Ronald began his own business – a hat company called Popz Topz!

Both Ronald and Phyllis are members of a Pentecostalist church choir, and this was where their son forged his love of singing, taking after his mother, who sung and directed the choir, whilst his father played the drums. Phyllis homeschooled all her children, and John was particularly proficient at spelling as well as possessing a great voice.

Phyllis suffered from depression after her mother, John’s grandmother, died and turned to drugs to ease her pain. As a result, John found it hard to retain a close relationship with her. This was exacerbated by her being incarcerated for drug abuse, and he has talked about how hard it was for him growing up: “My mother’s addiction didn’t just tear her life apart; it tore me and the rest of our family apart, too.”

In interviews, John has said that his parents reunited after 12 years apart, only to separate again later, and many of his songs refer to the highs and lows that relationships can experience. Fortunately, John’s marriage to the stunning Chrissy Teigen is bang on track with their romance very much alive after the couple enjoys an Italian getaway together.

How old are Ronald and Phyllis Stephens?

The age of both Ronald and Phyllis Stephens is unknown, however, we guess they must have been born around 1958 if we assume that they were 20 years old when John was born in 1978.

What is Ronald and Phyllis Stephens’ net worth?

The estimated net worth of Ronald and Phyllis Stephens has never been revealed. However, their son John Legend has an astonishing net worth of $45 million earned from his career as a successful singer, songwriter, producer, philanthropist, and actor. His song All of Me became the number one hit at the Billboard Hot 100.

Are Ronald and Phyllis Stephens married or divorced?

John Legend said in 2004 that his parents were divorced for 12 years before getting back together. John Legend describes the divorce as traumatic and heartbreaking, but sadly a common occurrence in America. Due to his parent’s divorce, John Legend also decided to work with Turnaround for Children, an organization that offers teacher training, because he believes what got him through this distressing period in his life is the emotional support of teachers and counselors.

Do you remember back at Granny’s house on Christmas day? 🎶… Mom and I are looking forward to the party with @johnlegend, @chrissyteigen and family on #ALegendaryChristmas. Tune into @nbc this Wednesday, 11/28, 10PM EST and join us. Will be sharing a little more #BTS all week.

What do Ronald and Phyllis Stephens do for a living?

Phyllis worked as a seamstress and is the singer in a church choir while Ronald was the drummer. He also worked at the International Harvester factory.  However, with four kids to homeschool, chances are that both parents struggled with their commitments.

Who are John Legend’s parents?

The parents of John Legend are Ronald Stephens and Phyllis Stephens. They parted ways for several years before rekindling their relationship.

John Legend on the musical instruments in his childhood home

My parents made the same “mistake.” Piano and drumset in the house. It worked out just fine. 😊 https://t.co/2LzqH4s8Jq

Come hang out with me in the @lve_wines Rosé Garden Party on the #BiggerLoveTour! VIP packages on http://johnlegend.com

It’s going to be a great season for Team Legend @nbcthevoice! See you next Monday!

When you’re the coach who blocked @ArianaGrande 😎 I can’t wait to work with you @joshuavacanti! #TeamLegend #TheVoice

Want to get in contact with John Legend and his parents?

If you want to get in touch with John Legend and his parents, or maybe we have piqued your interest and you want to know more, get in touch and we will do our best to get all the answers for you.

Who are the Famous Parents of Jack Quaid?

Jordyn Woods’ Parents, John and Elizabeth Woods – Get the Lowdown