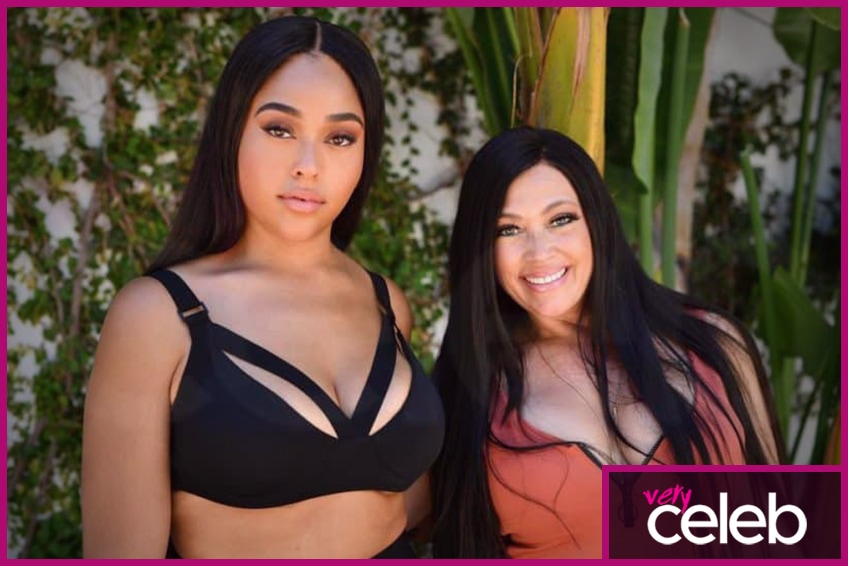 The much-in-demand model, Jordyn Woods has appeared on the reality show Life of Kylie alongside Kylie Jenner and is well known for being part of Kylie’s circle of celeb friends. However, that appears to be all in the past now after Jordyn broke the ‘rule of the sisterhood’ 😲😱😲

She was caught kissing the boyfriend of Khloe Kardashian – Tristan Thompson, at a house party, and subsequently ousted from Kylie’s inner circle. At the time, she was still getting over the death of her father, John Woods, just two weeks after he received a cancer diagnosis.

Upon hearing her dad’s diagnosis, Jordyn reached out to her many fans, saying:

“Last night I found out I’m not sure how much longer I am going to have with my father but I do know that with faith and God anything is possible. Don’t forget to tell someone how much you love and care about them today.”

Her mother, Elizabeth, supported her daughter’s interest in modeling by becoming a more-than-capable manager, protecting her against anyone trying to profit from her talent. This included Jordyn’s photo being placed on merchandise and sold without permission.

John was a sound engineer, working on numerous popular shows, including The Fresh Prince of Bel-Air. As a result, Will Smith and his wife, Jada are close family friends – so much so that Jordyn considers them her aunt and uncle, and their kids, her cousins.

Jordyn and her Mom talk dating

What nationality are John and Elizabeth Woods?

John and Elizabeth are both American, with Elizabeth living in California.

How old are John and Elizabeth Woods?

The ages of John and Elizabeth are not available to the public.

What are John and Elizabeth Woods’s net worth?

John and Elizabeth’s net worth hasn’t been revealed. As for their daughter, Jordyn, her’s is roughly $6 million from working as a model.

Are John and Elizabeth Woods married or divorced?

John and Elizabeth were married and had four children. However, their union ended on January 18, 2017, when John passed away after being diagnosed with cancer a mere two weeks before.

What do John and Elizabeth Woods do?

The father of Jordyn worked as a television sound engineer where he mixed with celebs such as Will Smith, and his son, Trey. Elizabeth, the mother of Jordyn, works as a talent spotter and brand manager at Mixed Image Media.

John Legend’s Parents, Ronald and Phyllis Stephens – Behind the Legend