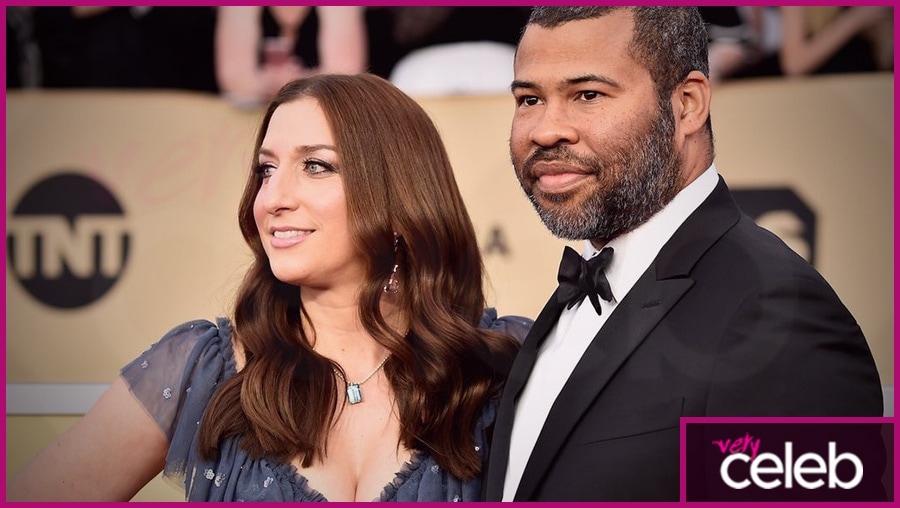 American comedian, actress, and writer, Chelsea Peretti is married to American actor, comedian, writer, director, and producer Jordan Peele. The couple started dating in 2013 after meeting on Twitter. Chelsea said that Jordan was very complimentary of the web series she once did. This was the start of their love story. On November 28, 2015, Peele proposed to Peretti and 5 months later – they were married.

Chelsea Peretti was born on February 20, 1978, in Oakland, California. She’s the daughter of a school teacher and a painter. She was born and raised in her hometown, Oakland with two brothers and a sister.

In 1996, Peretti decided to move to New York to study at Barnard College and got the opportunity to study abroad in her junior year at Royal Holloway, University of London where she graduated in 2000.

Peretti started her career and realized her passion for comedy when she was doing stand-ups in comedy clubs. She then became a household name and began starring on numerous TV shows, with her most notable role as Gina Linetti on NBC’s detective/police comedy Brooklyn Nine-Nine. She was a series regular until her departure in October 2018.

Peretti is also a writer and has written for several publications like Playgirl, American Theatre Magazine, and Huffington Post.

What does Chelsea Peretti do for a living?

Chelsea is an accomplished comedian, actress, and writer. She starred in several TV and movie shows most notably as Gina Linetti on the NBC show Brooklyn Nine-Nine.

Chelsea’s character Gina Linetti was abruptly written out of the show during season 6 of Brooklyn Nine-Nine.

Chelsea announced her departure from the show in 2018. While the exact reasons were never revealed, fans are speculating that it might be because the show was taken on by another network and wanted to cut costs.

However, Chelsea has announced on social media that her departure does not mean that she will not be back from time to time, with NBC confirming a guest spot coming up.

How Old is Chelsea Peretti?

How tall is Chelsea Peretti and how much does she weigh?

Is Chelsea Peretti single or married?

Chelsea Peretti has been married to actor Jordan Peele since 2016.

Chelsea Peretti with her husband, Jordan Peele and Fred Willard

What nationality is Chelsea Peretti?

Peretti is American with Italian, English, and Jewish ethnicity.

Does Chelsea Peretti have any children?

What is Chelsea Peretti’s net worth?

As a result of her career in TV shows and writing, Chelsea has accumulated a net worth of around 3 million dollars.

The Best Of Chelsea Peretti

One of the Greats. Brooklyn Nine Nine. Music on all streaming. Suki in Sing 2. She/her/model https://t.co/HYHFFeMDiz

And we’re back! The hilarious @chelseaperetti & @TigNotaro help a listener w/ a secret coffee addiction & advise a woman complaining about her friends having babies. Plus: Tig reveals her guilty food pleasure!

Listen at http://DontAskTig.org or wherever you get your pods!

ULTIMATELY, Tyre should be home with his family.

And people employed by a state-run, taxpayer-funded institution decided he didn't get to be.

And that should make you angry. Angry enough to take action. Pointed, disciplined, intentional action.

1/4 Not sure who this may help or bring comfort to, but I wanted to share this: In July 2018 outside a Sacramento, California, DMV office, I met Tyré Nichols. He had been waiting 6+ hours in miserable 98-degree heat...

Get The Lowdown On Adam Driver’s Wife, Joanne Tucker