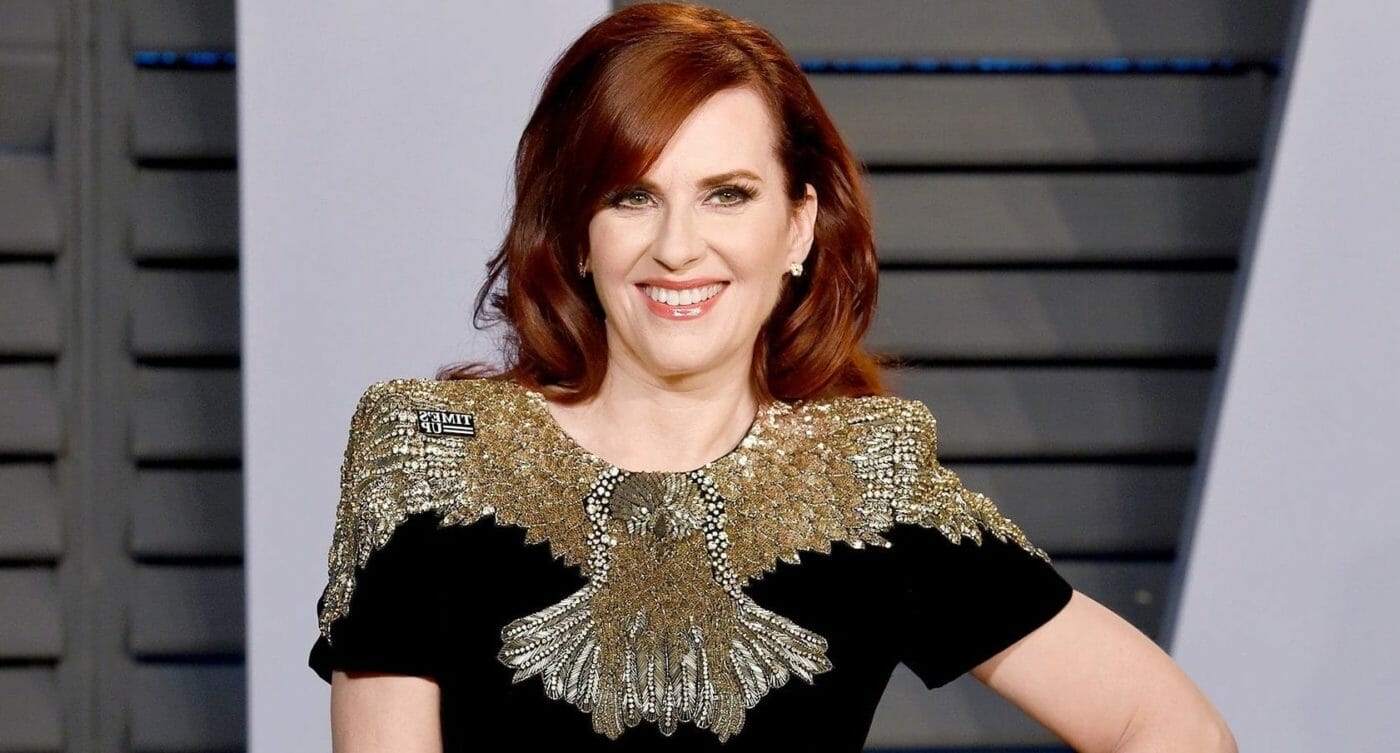 Megan Mullally is an American actress, singer, and comedian. She was one of the actresses responsible for giving the television show Will & Grace worldwide success. In the TV show, she stars as the annoying but utterly interesting and compelling Karen Walker whose relationships, divorces, and rise to wealth have made her appearances and performances a total entertainment delight to viewers of all ages.

With Megan Mullally’s performances at the show, she was nominated 8 times for a Primetime Emmy Award. She won two awards for Outstanding Supporting Actress in a Comedy Series. During the height of her success, she had her own talk show, The Megan Mullally Show. With this, she was cast in many other TV shows such as Party Down, In the Motherhood, and Breaking In. Other shows she has been part of are household names including Parks and Recreation, 30 Rock, and Boston Legal. She has also guested in Seinfeld, Just Shoot Me! and Murder, She Wrote.

Megan Mullally talks about her role in Will & Grace

How old is Megan Mullally?

How did Nick Offerman and Megan Mullally meet?

Megan Mullally and her husband Nick Offerman have been married for almost 18 years now. Nick Offerman, the Parks & Recreation star, met Megan Mullally at the set of the play The Berlin Circle. He would then have guest appearances in Will & Grace. The two also had notable performances in the films Smashed and voice performances in Hotel Transylvania 2.

Megan Mullally’s voice is not naturally as high pitched as her interpretation of the character Karen Walker in Will and Grace. In fact, Karen Megan Mullally started interpreting Karen Walker in her normal voice in the pilot episode in 1998. However, as the show progressed, Karen’s voice gradually changed into a really high-pitched shriek.

Megan Mullally has said in the past that she was fired from lending her voice to one of the characters in Finding Nemo. Apparently, the reason behind this was the fact she refused to use the high-pitched voice she uses for her character Karen Walker on Will and Grace. The initial agreement was for Megan to use any voice she preferred, but as the filming went on, she was pushed to make her voice more high-pitched. Her refusing resulted in a termination. The character she would have voiced is not known.

Where is Megan Mullally from?

Megan Mullally was born in Los Angeles in California. At age six, she moved to Oklahoma where she spent most of her growing up years. She also spent some time in Illinois and New York City in pursuit of her interests.

How tall is Megan Mullally and how much does she weigh?

Is Megan Mullally married or single?

Megan Mullally has been married twice. The first marriage was with Michael Katcher who is a casting director and talent agent. The two got married in 1992 and broke off the marriage just 4 years later in 1996. Around the early 2000s, Megan Mullally would meet American actor, producer, director, and comedian Nick Offerman. Megan Mullally and Nick were married in 2003 and have continued to be together since. They have recently been spotted together at the 30th “Thelma and Louise” drive-in charity screening which donates to the LA Regional Food Bank and The Geena Davis Institute on Gender in Media.

How much is Megan Mullally’s net worth?

Megan Mullally’s illustrious career as an actress and comedian has earned her a whopping $20 million in net worth.

How many kids does Megan Mullally have?

Find Out Who Samara Weaving Is Related To – And Are Those Teeth Real?!

Find Out Everything About the Beautiful & Talented Adria Arjona!