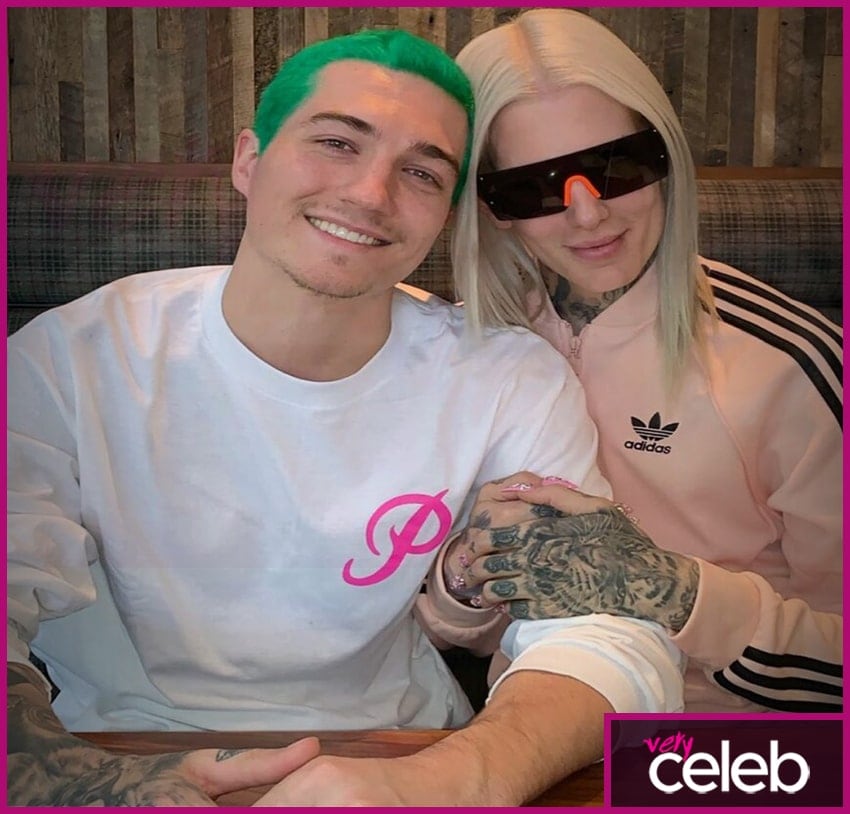 Nathan Schwandt, prior to becoming a social media and Instagram celebrity star, was a millennial who lived and worked in Michigan. As luck and fortune would have it, his path led him to Jeffree Star. Jeffree Star is the main proprietor behind the cosmetics company Jeffree Star Cosmetics. Prior to Jeffree’s success, both men led ordinary lives, and it was through Nathan’s prodding that Jeffree started his YouTube channel that served as the launching pad for the success of his cosmetics company. This led Nathan to eventually move to California and find both success and romance with Jeffree. As the two met, they got together and fell in love.

Although the celebrity couple has stayed together throughout the years, their relationship was not always smooth sailing. There was news before that Nathan dated women prior to his relationship with Jeffree. This led people to speculate that Nathan was a gold-digger and was only using Jeffree for his own personal gain. However, Nathan completely denied this, saying that he had already known and dated Jeffree before the latter became famous.

In January 2020, the pair announced their split. There’s been a lot of drama behind the scenes, with some people claiming Nathan was pretending to be gay just to get money off Jeffree and is now dating women. However, neither Jeffree nor Nathan have spoken out about the issue yet.

Where is Nathan Schwandt from?

Nathan Schwandt or Nate was born on August 18, 1993. He grew up in the state of  Michigan in the United States, and he is, therefore, an American. He has a younger brother Zach, and many would describe the brothers as ordinary American boys who loved hanging out and music.

What is Nathan Schwandt’s height and weight?

How many kids does Nathan Schwandt have?

Nathan Schwandt does not have any children.

When was Nathan Schwandt born?

Nathan Schwandt as a child with his mother and siblings

Nathan Schwandt was in a long term relationship with Jeffree Star. Although the two spent years living together, they never took their relationship to the next level and never got married. There are speculations whether the two were actually married already, however, since there have been photos showing Jeffree with an engagement ring on his finger. Nathan Schwandt is speculated to be dating a girl, or two girls at the same time, but these are just rumors that have never been confirmed.

How much is Nathan Schwandt’s net worth?

Together with the roles and functions that he performs for Jeffree’s cosmetic business, Nathan owns a marijuana manufacturing company. This has allowed him to grow a net worth that is in the range of $500,000.

Who is Nathan Schwandt?

In a nutshell, Nathan Schwandt, or Nate, is an Instagram star. Through his social media posts and presence, he has become a celebrity with over 2.1 million followers on Instagram alone. Much of his fame is owed to his romantic relationship with his ex-boyfriend Jeffree Star. Jeffree owns a cosmetic company. Initially, Nate worked and took charge of the shipping operations of Jeffree’s cosmetic company, Jeffree Star Cosmetics. With Nate’s pleasing personality and boy-next-door looks, he has served as a model for many of the company’s products. He didn’t give too much thought about make-up and his skin prior to meeting Jeffree. Now, he is a make-up connoisseur and takes great care of his skin. He has many interesting and much liked posts in his Instagram posts, and these include his guitar renditions. He is the epitome of a true Instagram star and celebrity.

Jeffree Star on his breakup with Nathan Schwandt

Burning to know what’s been going on in Nathan Schwandt’s life?

Very Celeb can help. Tell us what you need and we’ll get you all the answers about what Nathan Schwandt has been up to after his breakup!

Joe Jo: How Did He Get So Famous?🤩