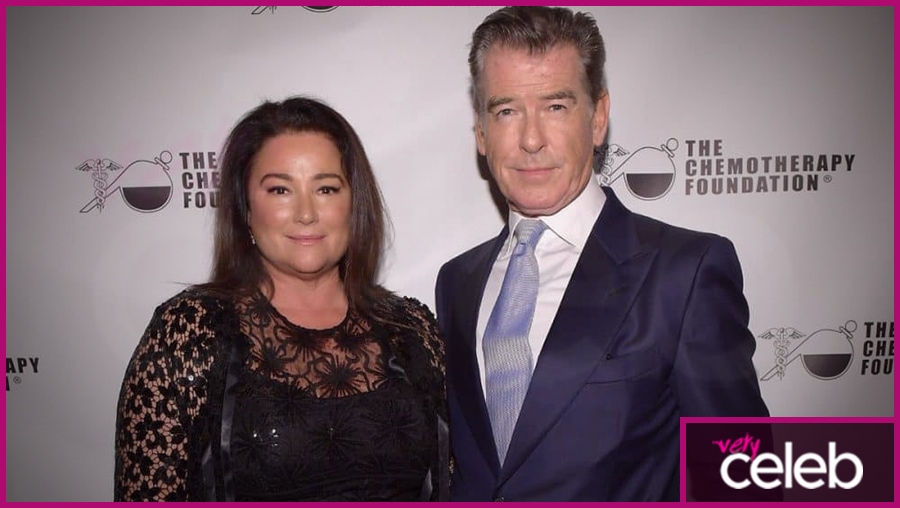 Pierce Brosnan perhaps is one of the luckiest men on earth even though he has had his fair share of misfortunes. Before marrying Keely Shaye Smith, Pierce was married to Australian actress Cassandra Harris. Harris and Brosnan were married in 1980; however, sadly, Harris died in 1991 from complications due to ovarian cancer. Later on, in 2013, Pierce’s daughter from Harris would suffer the same fate as she also died from the same type of cancer. With all these unfortunate things, the silver lining for Pierce is that he found a lifelong partner in Keely Shaye Smith.

When Pierce’s wife Cassandra died in 1991, Pierce was devastated; however, he continued with life and he and Keely Shaye would meet in a bar in a beach resort in Cabo, Mexico in 1994. After dating for years, the two would conceive their first child, Dylan Thomas, in 1997. With another child that came in 2001, the couple finally tied the knot in a luxurious wedding ceremony and banquet at Ballintubber Abbey in County Mayo, Ireland.

Professionally, Keely Shaye is an American journalist first and foremost. She also worked as a glamour model and actress in the past. She also became a television show host. The most notable is her work as an environmental correspondent for her ABC show, The Home Show.

When was Keely Shaye born?

What is the ethnic background of Keely Shaye Smith?

Keely Shaye was born in Vallejo in California. She is American.

What is Keely Shaye Smith’s net worth?

Sources claim that Keely Shaye’s net worth stands at $80 million. Of course, this figure could be from the conjugal properties and earnings she shares with Pierce. Pierce reveals that Keely Shaye is his north star as she has guided him through the many difficult and sad events in his life.

Why did Keely Shaye gain weight?

Keely Shaye’s weight has been the subject of ridicule since she, understandably, began to put extra weight when she bore her second child.  However, Pierce would have none of that. Being alongside beautiful actresses, Pierce has remained faithful, saying that it is only his wife that makes him “weak in the knees.” The couple remains to be one of Hollywood’s strongest couples.

Thank you for the moon and sun and all the days of our lives together my darling heart Keely. I had a great 67th birthday. Thanks to one and all of you out there who wished me so. God bless, stay strong.

What are Keely Shaye Smith’s height and weight?

Keely Shaye is a tall woman, standing at 5 feet 8 inches. Although Keely Shaye’s weight has fluctuated, a good estimate would be around 176 pounds.

Who is Keely Shaye Smith’s husband?

August 4th, 2001. “You are the finest, loveliest, and tenderest person I have ever known.” FSF 🥂 Happy Anniversary @piercebrosnanofficial ✨ Time flys on love’s wings.

How many kids does Keely Shaye Smith have?

Keely Shaye has two children with Pierce. They are Dylan Thomas who is now 26 years old and Paris Beckett who is now 21 years old.

How to get in touch with Keely Shaye Smith?

Our archives contain all the info you need to get in touch with Keely Shaye Smith or Pierce Brosnan, so if you want to know how contact us and we may be able to help.

Get all The Top Facts on Bill Burr’s Wife Nia Hill: Bio, Net Worth and More!