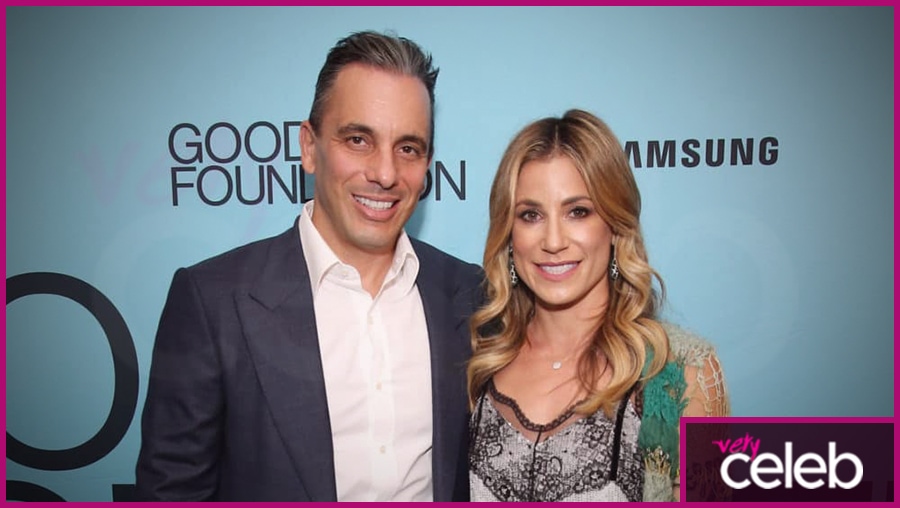 Who is Sebastian Maniscalco’s Wife?

Lana Gomez is best known for being the stand-up comedian and actor Sebastian Maniscalco’s wife. From a young age, she has been interested in arts and went to Los Angeles to pursue her dreams. Her work was eventually recognized by Kelly Wearstler who is an interior designer with over 1 million followers on Instagram. They both worked together and made some collaborations.

Furthermore, from 2008 to 2009, she was a resident painter at the Wearstler design studio where she did a mural-sized piece and got featured in a few books.

Her works were featured in magazines such as Lonny, Los Angeles Confidential, InStyle, The New Yorker, and House Beautiful.

In 2010, she created a 10-foot guitar sculpture for the Gibson Guitar Town during the Sunset Strip in West Hollywood.

Sebastian Maniscalco talking about the love for his wife, Lana

Lana Gomez is happily married to stand-up comedian Sebastian Maniscalco and tied the knot in August 2013. The couple first met in a gym while training with the same trainer.

Does Lana Gomez have any children?

Yes, Lana Gomez and Sebastian Maniscalo have two children together; a daughter named Serafina Simone Maniscalco who was born in April 2017, and a son called Caruso Jack Maniscalco, born in June 2019.

Lana with her husband, Sebastian and their two children, Serafina and Caruso

How old is Lana Gomez?

How much is Lana Gomez’s net worth?

Lana Gomez has an estimated net worth of $6 million which she earned for being a famous painter.

Lana Gomez captures her daughter in the home art room

Does Lana Gomez have any siblings?

Yes, she has brother named, Rodney Weiss and a sister called Heather Dockweiler.

What is the nationality of Lana Gomez?

Lana Gomez is an American who was born in Naples, Florida with a Spanish-American ethnicity.

How tall is Lana Gomez and how much does she weigh?

See what Sebastian Maniscalco is Tweeting about

“NOBODY DOES THIS” TOUR IS LIVE! Check here for updates, new dates & exciting projects launching this year. The wait is over people. #NobodyDoesThis

Do your wife's friends do this?

2 of the these guys were in the NFL and one of them was all conference in the pee wee Sicilian Soccer Federation. @JoeMontana @SteveMariucci

Our son going to pick up some ducks?

Get the Lowdown on Seth Meyers’ Wife Alexi Ashe

Get the Goss on Sam Elliott’s Wife, Katharine Ross