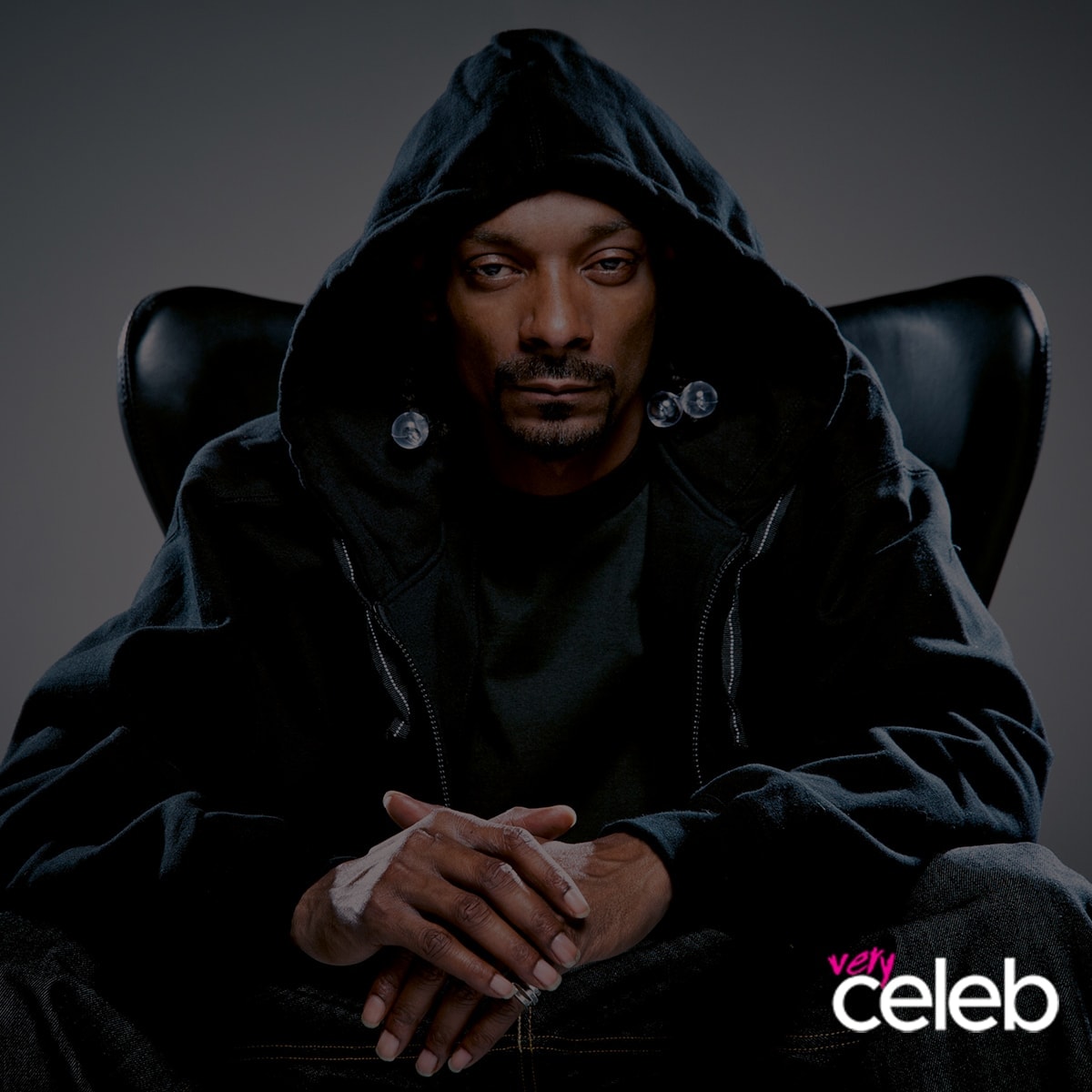 All of us will have seen Snoop Dogg at one point in our lives or another, simply because Snoop is all over the place and news. You can see him in conventions, basketball games, concerts, films, and even in WWE wrestling games. Apart from all of these preoccupations, Snoop Dogg is first and foremost an artist. Snoop Dogg, AKA Calvin Cordozar Broadus Jr., was born on October 20, 1971. Snoop began his career when Dr. Dre featured Snoop in his album Deep Cover way back in 1992. After his successful launch, the rest was history as they say as he would have sold, in total, over 25 million albums in the United States and close to 40 million around the world.

Snoop Dogg is also an excellent actor and comedian, and also a father of four. Some of the prominent films that he has been in include Urban Menace, Starsky & Hutch, The Big Bang, Scary Movie 5, Pitch Perfect 2, The SpongeBob Movie, and almost 40 other films! This shows that Snoop Dogg is a highly recognized and sought rapper, artist, and personality. With all of these, it would be nice to know how Snoop Dogg has become a larger than life presence in popular media and in other fields. Here are our top 50 Snoop Dogg quotes. 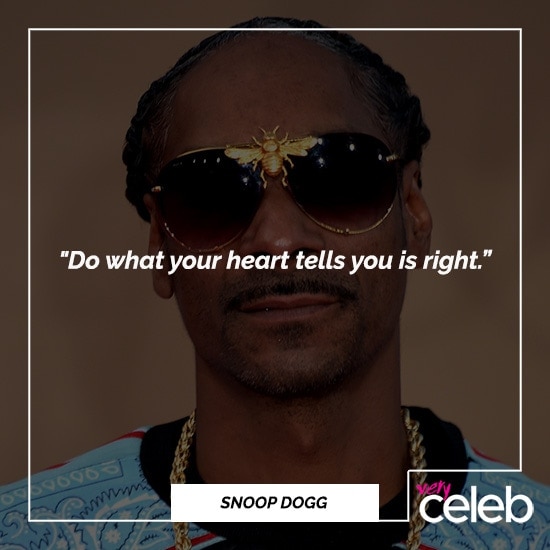 2. “I just change with the times. I really don’t have a say in what’s going on. Music was here before me.”
3. “If it’s flipping hamburgers at McDonald’s, be the best hamburger flipper in the world. Whatever it is you do you have to master your craft.”
4. “Look at music for what it’s worth around the world and not just America. In other countries, people are still buying CDs and going to record stores. But in America, it’s all about digital. The game is breaking down. But, look at me, you need to know how to play the game the right way.”
5. ”I’ve always been a student, so I want to learn.” 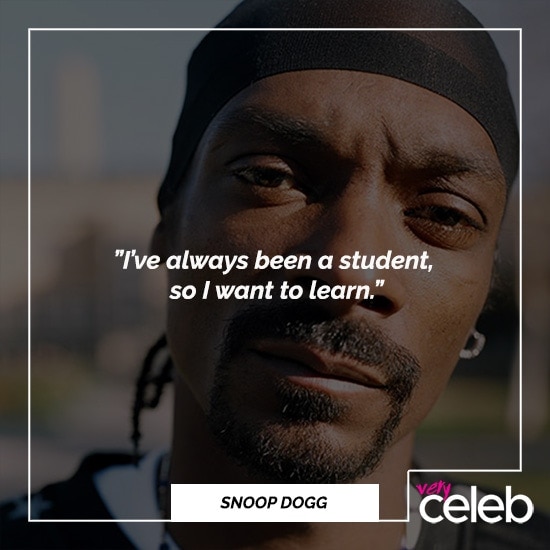 6. “I used to be focused on being the dopest rapper in the game, and then once that became what I was, I wanted something different, and I wanted to become the best businessman in the game. I wanted to learn how to master the business like I mastered the rap.”
7. “There’s no such thing as losing touch. You can take me out of the ghetto, but you can’t take the ghetto out of me.”
8. “Sometimes a loss is the best thing that can happen. It teaches you what you should have done next time.”
9. “Love goes unappreciated a lot of times, but you still gotta keep giving it.” 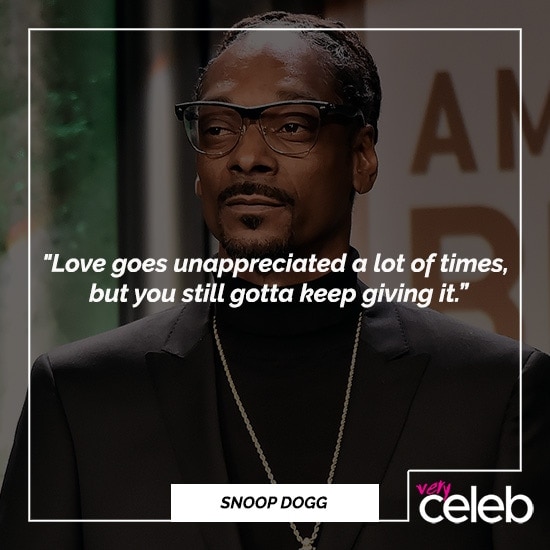 10. “My biggest achievement is raising a healthy, happy family. As far as regrets, I don’t really have too many. Although I’ve gone through some things in my life that didn’t feel too good while they were happening, they allowed me to mature and develop into the man I am today. Those moments have taught me a lot. I wouldn’t be the same person if I hadn’t had those experiences.”
11. “When I’m not longer rapping, I want to open up an ice cream parlor and call myself Scoop Dogg,”
12. “That’s why I’m so successful because peace is my main thing, it’s not about money. It’s about making sure everybody is having a good time and loving and living and enjoying life.”
13. “It’s so easy for a kid to join a gang, to do drugs… we should make it that easy to be involved in football and academics.”
14. “My liberty is about living. It’s about spreading more love. Even though I was always a peaceful, loving individual, my music sometimes didn’t reflect that. But now it’s different. My music is reflecting the way I feel.”
15. “You’ve got to always go back in time if you want to move forward.” 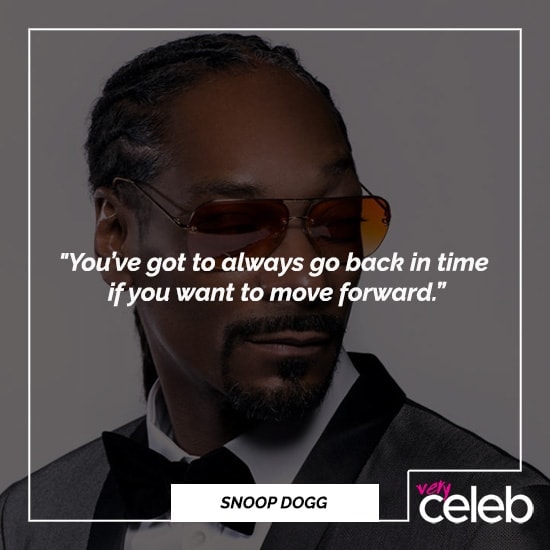 16. “Sometimes, if you’re lucky, someone comes into your life who’ll take up a place in your heart that no one else can fill, someone who’s tighter than a twin, more with you than your own shadow, who gets deeper under your skin than your own blood and bones.”
17. “The best advice I’ve ever got is to be yourself. Stay true to who you are and what you stand for and you’ll go far in life.”
18. “That’s how we do it in the black community; we give back to the people who made us who we are. We never forget that.”
19. “I used to get stressed out all the time when I thought winning was important. I wanted to try to win and help my kids win. Once I figured out it wasn’t about winning or losing, it was about teaching these kids about being men, that’s when I started to relax.”
20. “I tell the truth. And I know what I’m talking about. That’s why I’m a threat.” 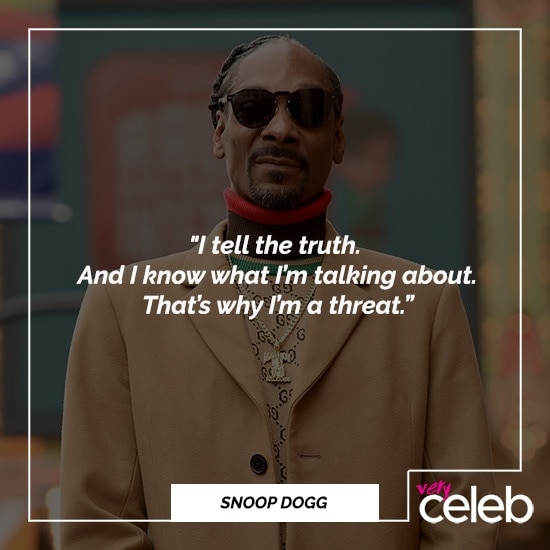 21. “I’m a spiritual man and I’ve always felt connected to Rastafari. I’m not a Rastafarian but I’ve got so much respect for the lifestyle and religion, and I’m so thankful I was able to meet some of the most influential Rastafarians during my Jamaica trip. They taught me so much and really helped me evolve into who I am today.”
22. “I learned how to take other people’s mechanisms of promoting their stuff through me as opposed to promoting my own stuff, as far as getting Snoop DeVilles, SnoopDeGrills, Snoop Doggy Dogg biscuits, Snoop Dogg record label, Snoop Dogg bubble gum, Snoop Youth Football League.”
23. “An older guy, he’s going to show you things that a young man can’t show you. He’s going to show you how to stay alive. He’s going to show you how to turn corners where your young friends will show you how to turn right into that wall, you know what I’m saying?”
24. “If you stop at general math, you’re only going to make general math money.” 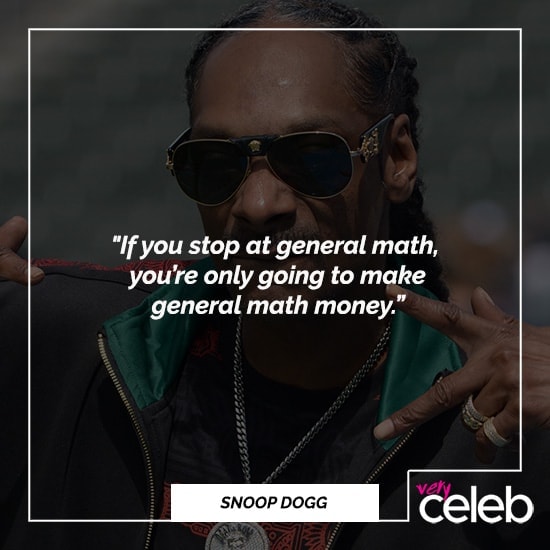 25. “I love making music and I’m falling in love with making records, so it’s like having two girlfriends. But I can handle it.”
26. “I’m Uncle Snoop. That’s the name I’ve been given in the industry because I’m like an Uncle to all of the rappers whether they are older than me or younger than me and I love giving advice. If I feel like they need some information, I give it to them, I sit them down and talk to them. I try to get all of the rappers on one page of peace, love and just having soul and just being about representing this music.”
27. “Now people think it’s cool to have a baby, but it ain’t cool to take care of it. We have to change that. You make your life for that baby. That’s the future.”
28. “It’s an unexplainable feeling, an expression. It’s a touch, it’s a feel. Once you feel it, it’s like no other thing in the world.”
29. “The ‘American Idol’ and ‘X Factor’ shows, they’re great shows. But I think I need to make a show like that, directed straight to the hood, to the artists that don’t get the attention, that don’t have the money to make themselves representable.”
30. “The more information you have, the better you will be.” 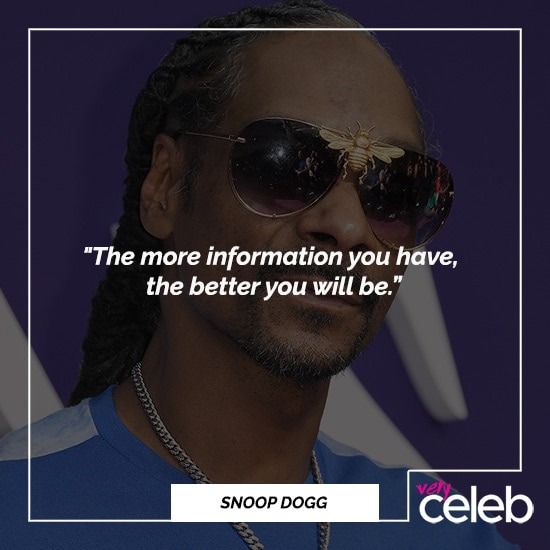 31. “Life is about growing and evolving. I feel like my life has been in stages, and the stages I went through when I was younger allowed me to grow into the man I am today.”
32. “In the black culture, certain kids are given nicknames that they roll with forever; the nicknames outweigh their real names. I’m one of those scenarios.”
33. “To me, the Seventies were very inspirational and very influential… With my whole persona as Snoop Dogg, as a person, as a rapper. I just love the Seventies style, the way all the players dressed nice, you know, kept their hair looking good, drove sharp cars and they talked real slick.”
34. “There’ll be ups and downs, smiles and frowns.” 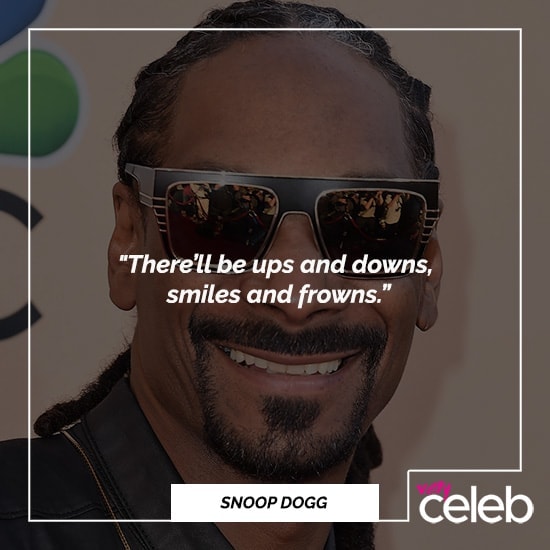 35. “I’m leaning towards making something for kids nine and under because I have kids now. I can clean it up and make it rated G.”
36. “I’m so sick and tired of all this violence, this gun violence. And how could I speak on it – you know – being one who has advocated violence and gun violence? The only way I could do it was through a song that spoke from the heart.”
37. “My younger son, Cordell, aka Lil Snoop, loves me like a fan loves Snoop Dogg. He’s inspired by making me happy. My older son, Corde, aka Spank, does everything I say, with effort and determination – but he does it for himself. He gets his thrill out of seeing his own results on the football field.”
38. “People who don’t know me are so negative about me. When they finally meet me, they change that negative into a positive.”
39. “The most important decision I’ve made in business? The choices of people I have around me. When I first started I brought everybody with me, my homies from the neighborhood, criminals. I just said, ‘Come on everybody, we made it.’ Then I had to realize we didn’t make it. I made it.”
40. “As a black man, I have to respect myself and have nice things. As a man in general.” 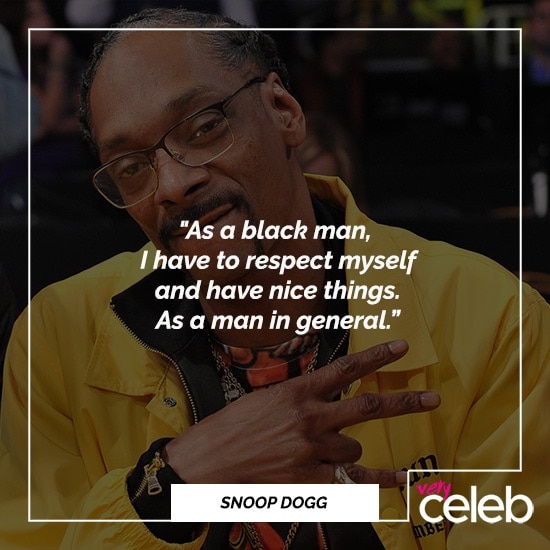 41. “Barack Obama makes me feel good to be a black man.”
42. “Trump says he wants to run for president. Why not? It wouldn’t be the first time he pushed a black family out of their home.”
43. “Women are in a position now to voice their opinion… women are getting empowered. The more power they get, the more voice they get to shift certain things around. Now I have a daughter, I understand. When I didn’t have a daughter, I didn’t understand.”
44. “Well, hip-hop is what makes the world go around.” 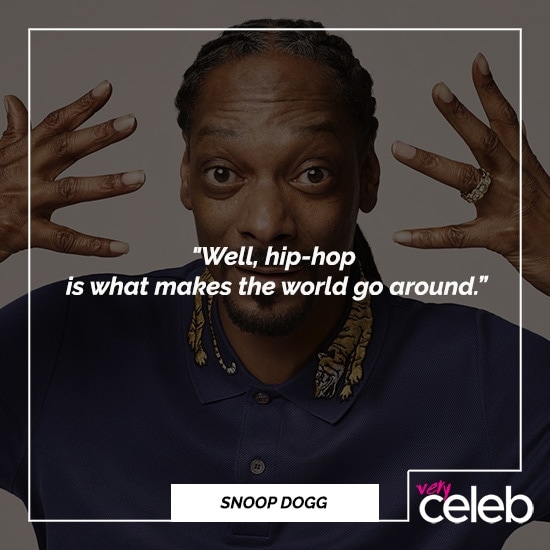 45. “Reggae is music of love. It has joy and pain, but it feels good.”
46. “What I try to push and promote is peace through the whole music industry.”
47. “I like going to areas where the murder rate is high and dropping it.”
48. “I have always said I was Bob Marley reincarnated.”
49. “You might not have a car or a big gold chain, stay true to yourself and things will change,”
50. “You don’t get respect if you don’t deserve it.” 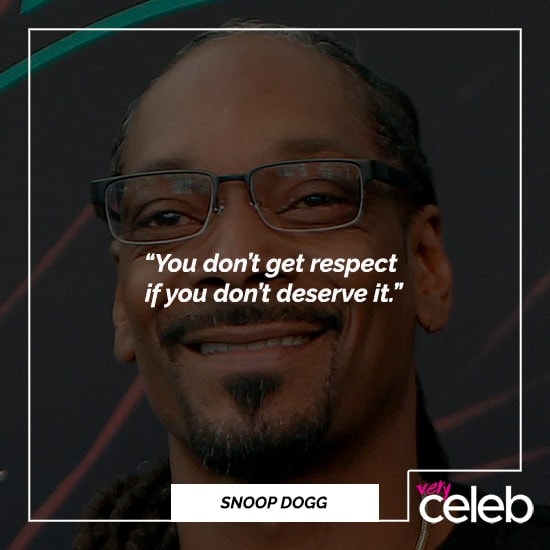