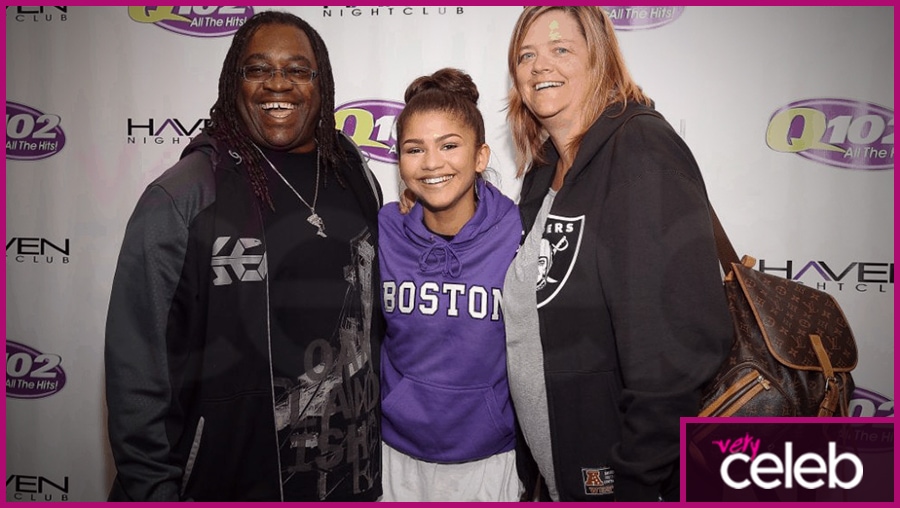 Kazembe Ajamu Coleman and Claire Stoermer are the proud parents of Shake It Up actress Zendaya. The couple met in the early 90s and eventually started dating. They officially got married in 2008 when Zendaya was already 12 years old. They only had one child.

Claire Stoermer graduated from Oakland High School and later attended Santa Clara University in 1983 until 1987. She is an elementary school teacher in Oakland and a House Manager in California Shakespeare Theatre. Zendaya also shared how proud she is of her mother.

Kazembe Ajamu Coleman is her father. He has always been very protective of her. In fact, he is currently her bodyguard and accompanies her to many different engagements.

Zendaya as a child

Where are Zendaya’s mom and dad from?

The mother and father of Zendaya are both American. But, according to the research by Andrew Cooper from TV Mates, her mother has a German and Scottish ancestry while her father is African-American.

How old are Zendaya’s parents?

How much are Zendaya’s parents worth?

The estimated net worth of Claire Stoermer is around $300,000. Kazembe Ajamu Coleman, on the other hand, declined to reveal his net worth.

Are Zendaya’s parents still together?

What do Zendaya’s parents do for a living?

Kazembe Coleman works as a bodyguard of her daughter Zendaya. He is also a gym teacher. Claire Stoermer is an elementary school teacher.

Zendaya with her mom as a kid

Looking to get in touch with Zendaya and her parents?

Whether you’re looking for more newsworthy gossip, or to get in contact with Zendaya, just ask, and we’ll search for the answers for you.

Who are Kamala Harris’ Parents? The Lowdown on Donald & Shyamala Gopalan Harris

Who are Joanna Gaines’ Parents? The Lowdown on Jerry and Nan