Curtis James Jackson III better known as 50 Cent is a rapper, actor, songwriter, television producer, and businessman famous for his contribution to the hip hop industry. He is often referred to as “master of the nuanced art of lyrical brevity.”

Jackson was first started to rap inside his friend’s basement where he made turntables into instruments. He had his chance to showcase his talent when he met Jam Master Jay of Run-DMC in 1996. Jay taught him many things including how to write choruses, count bars, make records, and structure songs. In 1998, Jackson appeared on the song React together with Onyx.

After releasing the single How to Rob, the popularity of Jackson skyrocketed. The song practically described how to rob famous artists and the song became famous but controversial. Some of his albums include Get Rich or Die Tryin (2003), Animal Ambition (2014), The Massacre (2005), Before I Self Destruct (2009), and Curtis (2007).

1. “What comes around goes around.” 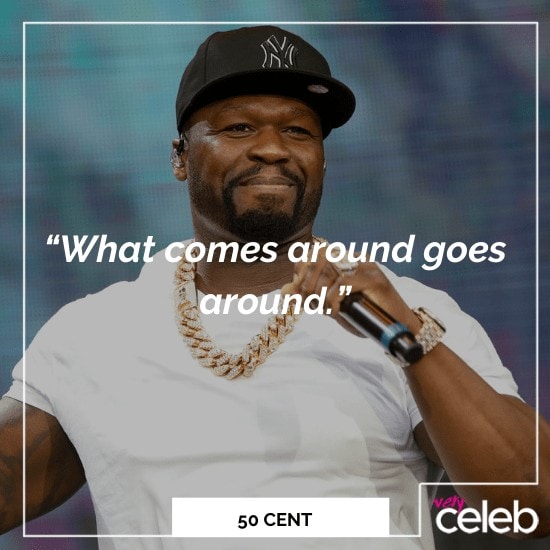 2. “Reality has its own power—you can turn your back on it, but it will find you in the end, and your inability to cope with it will be your ruin.”
3. “What separates those who go under and those who rise above adversity is the strength of their will and their hunger for power.”
4. “Love your enemies and hate your friends, your enemies remain the same your friends always change.”
5. “Don’t wait for them to tell you. Tell them.”
6. “If you die in an elevator, make sure you press the up button.” 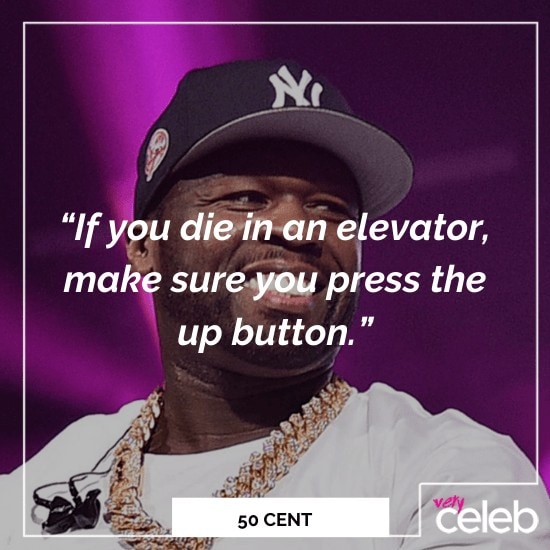 7. “Behind me is infinite power. Before me is endless possibility, around me is boundless opportunity. My strength is mental, physical and spiritual.”
8. “Slavery was a system that depended on the creation of deep levels of fear.”
9. “The greatest danger you face is your mind growing soft and your eye getting dull.”
10. “If you’re feeling even a little bit of uncertainty about what you want, take the time to make a vision board.”
11. “The knife’s edge that separates failure from success in life. That edge is your attitude, which has the power to help shape your reality.”
12. “Absorb a massive amount of detail and organize it in his mind.” 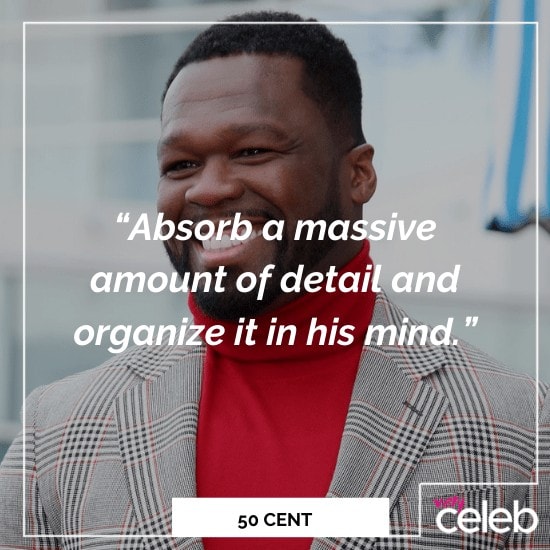 13. “When I got shot, it was a $5,000 exchange. The price of a life is cheap.”
14. “Every morning I wake up in a home where Mike Tyson previously laid in the bed and he earned over $500 million his career. It makes me conscious.”
15. “You learn a lot about yourself when you have success for a while. Like, a lot of things that you think are really important aren’t. But you need that process.”
16. “Eating well was something I learned as I started to be successful and had to travel and perform concerts, which are an intense cardio workout.”
17. “Get rich or die tryin’.” 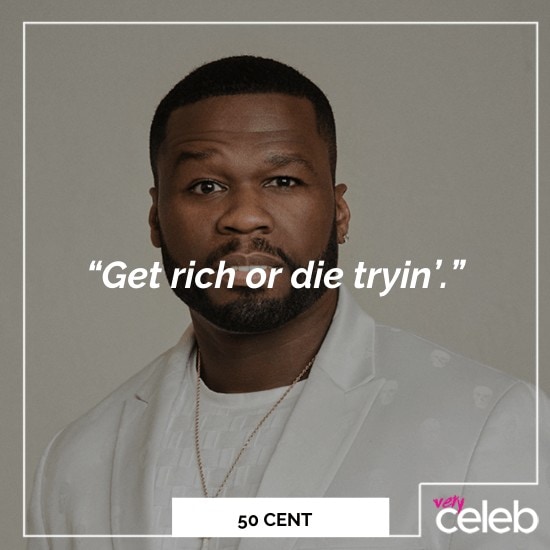 18. “Money is freedom. Money is a private plane. Money is no metal detection.”
19. “Power’s an aphrodisiac.”
20. “When I’m actually creating music, I try not to listen to the hip-hop records that are going on, because I think, subconsciously, we steal from each other.”
21. “I like the story writing process. I usually use someone who has been trained for structure to take the story that I actually want, place those elements in the right places.”
22. “Hustling was my internship.” 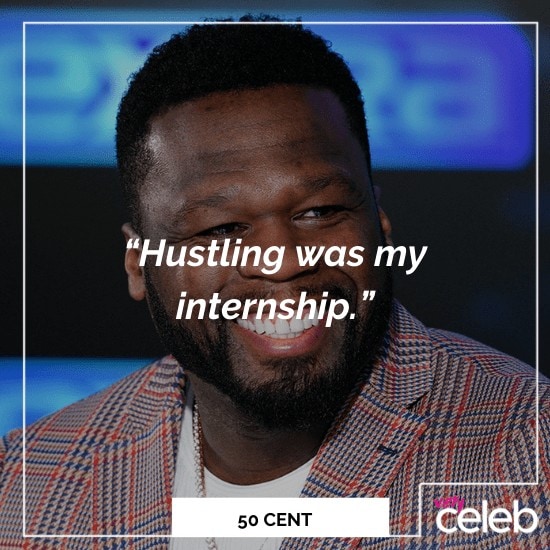 23. “Money is freedom. Money is a private plane. Money is no metal detection.”
24. “People who actually have money don’t want to talk about it. They want to talk about everything else.”
25. “Concentrate on your money. try to hold your paper. It takes money to make money, so save your money, opportunities come.”
26. “People often say I have so much energy, that I never stop; but that’s what it takes to accomplish your goals.”
27. “Wise men listen and laugh, while fools talk.” 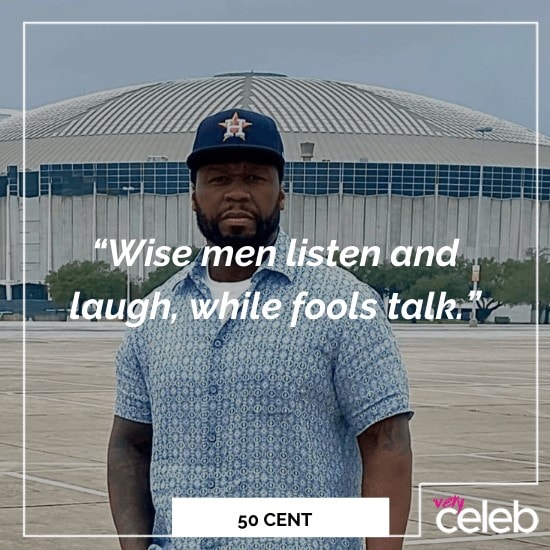 28. “I had to overcome challenge after challenge in order to take my life from nothing to living my dreams.”
29. “Sunny days wouldn’t be so special if it wasn’t for rain. Joy wouldn’t feel so good if it wasn’t for pain.”
30. “It’s Fifty, not Fiddy.”
31. “I don’t care about losing people that don’t wanna be in my life anymore. I’ve lost people that meant the world to me and I’m still doing just fine.”
32. “I want the finer things in my life, so I hustle.” 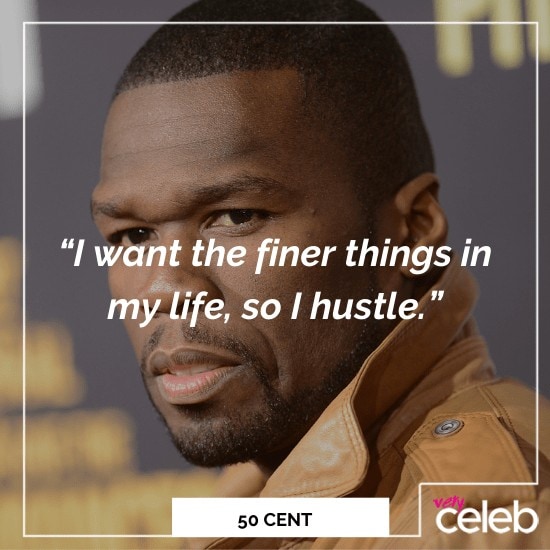 33. “Only one I can have a problem with is myself. It’s probably why my only competition is myself.”
34. “I don’t display emotions. I have every feeling that everyone else has But I’ve developed ways to suppress them. Anger is one of my most comfortable feelings.”
35. “Have the maturity to know sometimes silence is more powerful than having the last word.”
36. “You have to challenge yourself and your muscles. When you are really regimented, it’s the same over and over and you start to get comfortable. Switching up the style of training works your muscles differently.”
37. “Eating well is something I learned as I started to be successful.”
38. “Sleep is for those who are broke.” 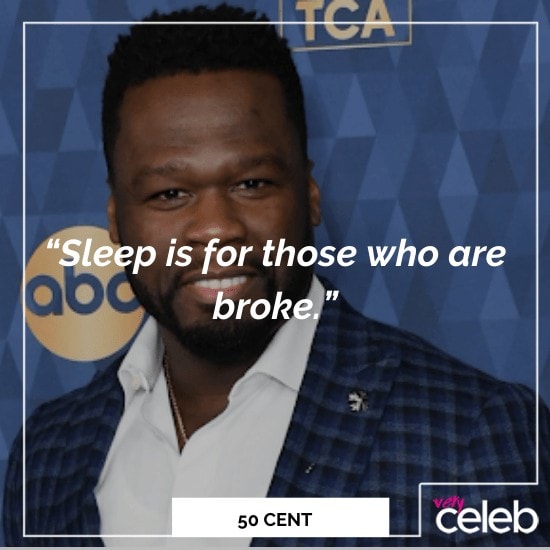 39. “I love you like a fat kid love cake.”
40. “You shouldn’t throw stones if you live in a glass house and if you got a glass jaw, you should watch yo mouth: cause I’ll break yo face.”
41. “Every negative is a positive. The bad things that happen to me, I somehow make them good. That means you can’t do anything to hurt me.”
42. “I’m the type to swallow my blood before I swallow my pride.”
43. “Your opinion of yourself becomes your reality.” 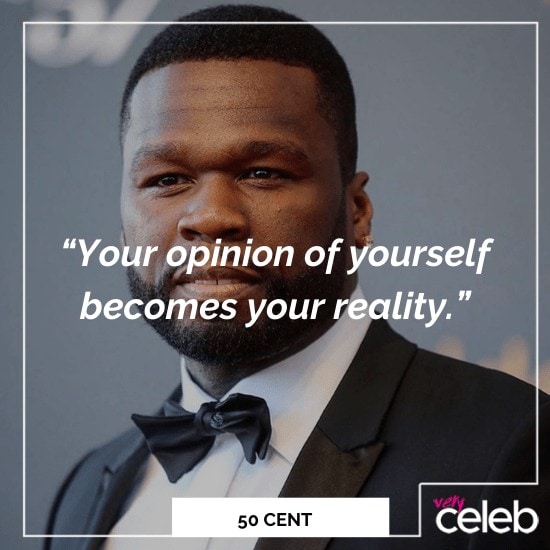 44. “I think it’s easier for the general public to embrace me in a negative way. You have people who already have a perception of me that says I’m a bad person.”
45. “I hate a liar more than I hate a thief. A thief is only after my salary, a liar is after my reality.”
46. “I can’t be more than me, but you can make me out to be what you want me to be.”
47. “Just be confident. I think confidence is the most attractive part of a person.” 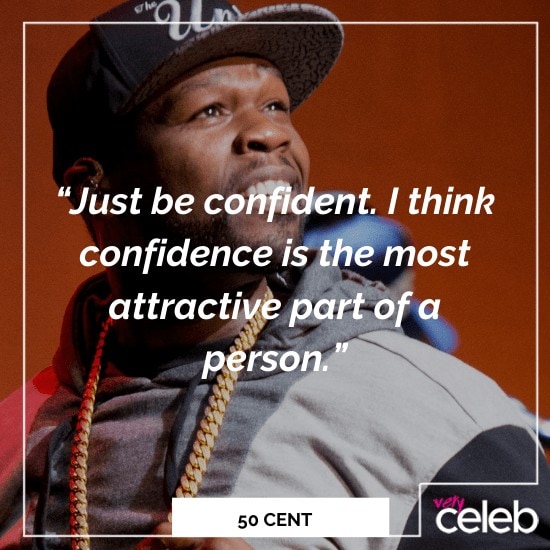 50 Superman Quotes That Will Save The Day