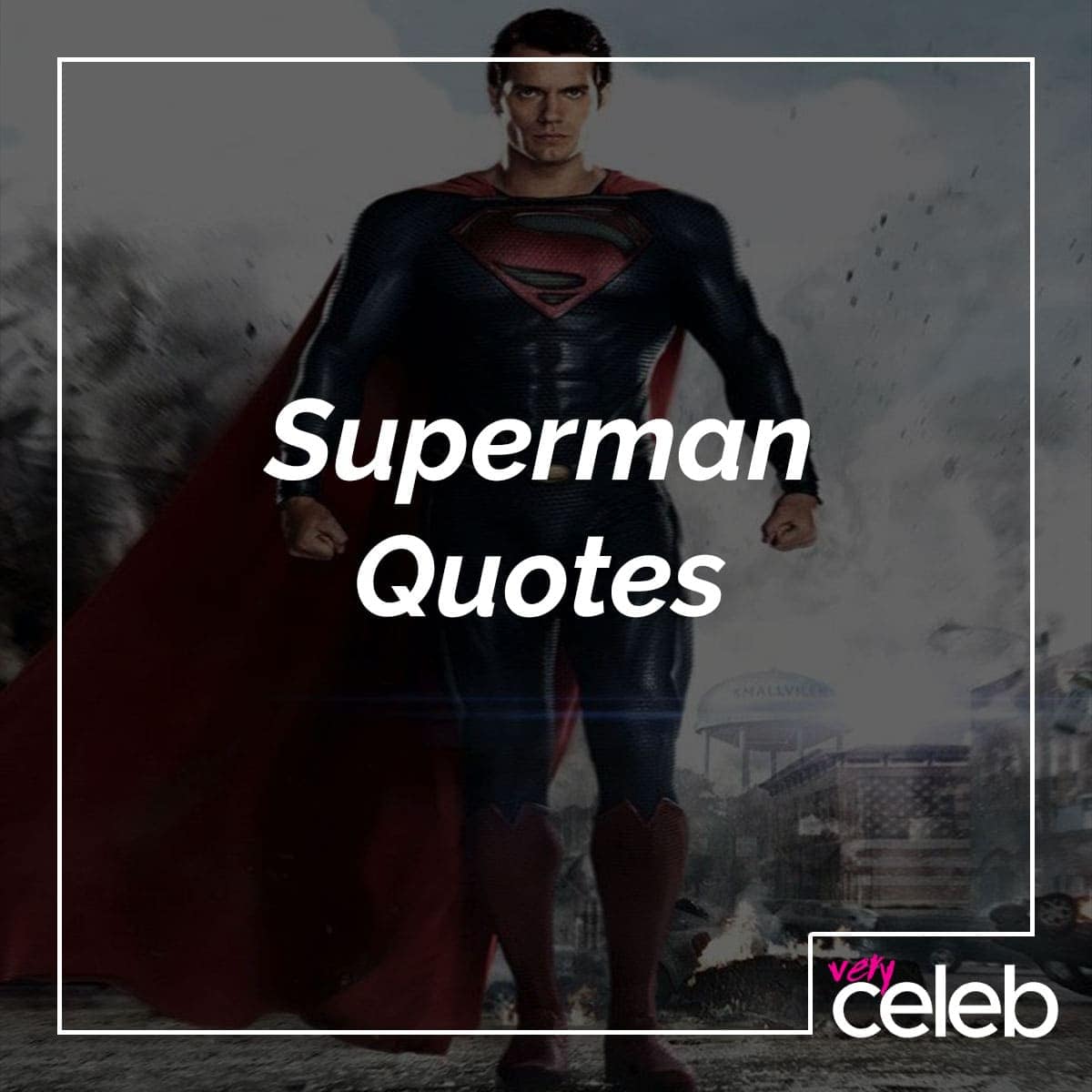 Superman, the iconic hero of all heroes, has been appearing in comics books since 1938. The creation of Jerry Siegel and Joe Shuster, writer and artist respectively, the DC Comic’s man in blue acts as a shiny, happy counterpoint to Batman’s dark and troubled avenger. Appearing in publications, and on big and small screens right up to the present day, Superman’s popularity shows no signs of waning.

Born on the planet Krypton, and named Kal-El, he was sent to earth by his parents to avoid the planet’s destruction. He landed in Smallville – a name that sums up the idyllic, good ol’ middle American town, which seems to be the destination of many a baddie.

Adopted by a local farming couple, Martha and Jonathan Kent, Kal-El became mild-mannered Clark Kent, who, as he left childhood behind, started to develop some rather unusual talents, including super strength, super x-ray vision, and super tough impervious skin. Plus the worrying desire to wear super, duper tight leotards and big, highly visible underpants. Advised by his surprisingly accepting parents to use his abilities for the good of humanity, he did what no teenage boy ever did, and took their advice!

Here, then, are the best Superman quotes ever – wise, witty and super cool, if you want to be Superman, start by using his words!

1. “You’re much stronger than you think you are. Trust me.” 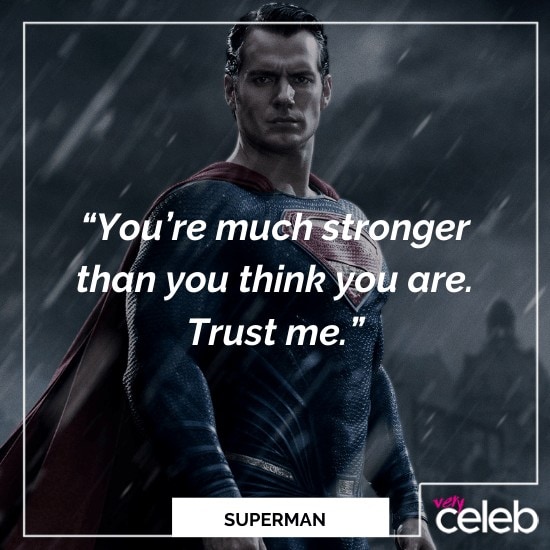 2. “No matter where you go in life there’s always going to be the one person that wants to bring you down, so stay strong and face your problems instead of running away.”
3. “It’s about what you do…It’s about action. And every action you’ve taken has been selfish, destructive, in a word: evil. You don’t fight for others, “Superboy”. You only fight for yourself.”
4. “Do good to others and every man can be a Superman.”
5. “You’re going to change the world.” 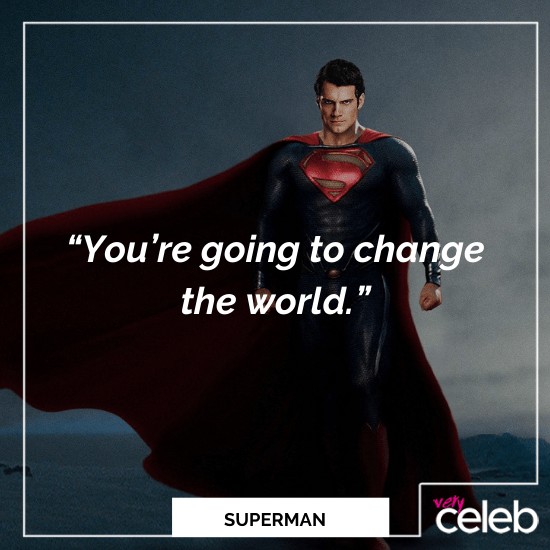 6. “The ‘amazing’ can only be created by facing fear, risk, and failure during the process.”
7. “A superhero is just an ordinary person who has found a better way to mask their human frailties.”
8. “It’s going to happen, people are going to talk and that’s great. If people are talking, they’re being entertained in one way or another, so carry on.”
9. “The only way to change the world is to quit thinking it’s a job for Superman. Real power lies in your own hands.”
10. “There is a superhero in all of us, we just need the courage to put on the cape.” 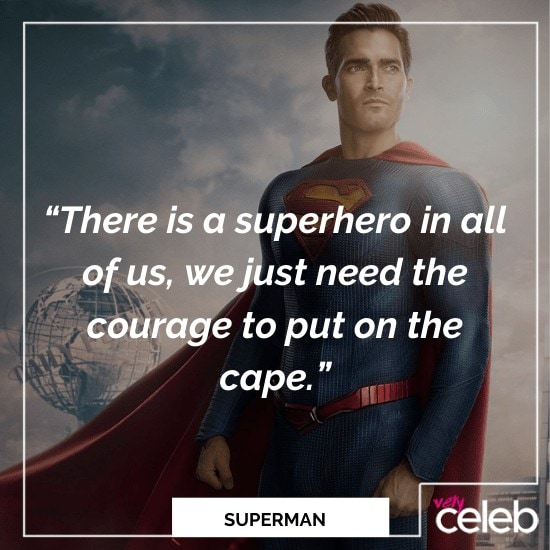 11. “It’s not about where you were born or the powers you have or what you wear in your chest; it’s about what you do.”
12. “I’m here to fight for truth and justice.”
13. “What makes Superman a hero is not that he has power, but that he has the wisdom and the maturity to use the power wisely.”
14. “It doesn’t take X-Ray Vision to see you are up to no good.”
15. “You’re right! Taking lives is something I definitely find offensive! But roughing up criminal terrorists a bit doesn’t faze me at all!”
16. “I don’t know what hole you crawled out of or where you came from, but I’m sending you back!”
17. “With great power comes great responsibility.” 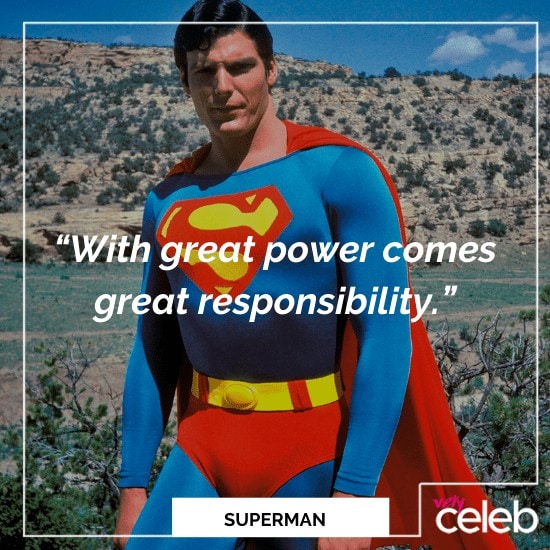 18. “I didn’t kill those men if that’s what they think.”
19. “What’s special about Superman is that he will always make the right choice.”
20. “We were each of us trying; trying to undo our own history while wishing for Superman.”
21. “You’re scared of me because you can’t control me but that doesn’t mean I’m your enemy.”
22. “Why am I so different from them?”
23. “Only the weak succumb to brutality.” 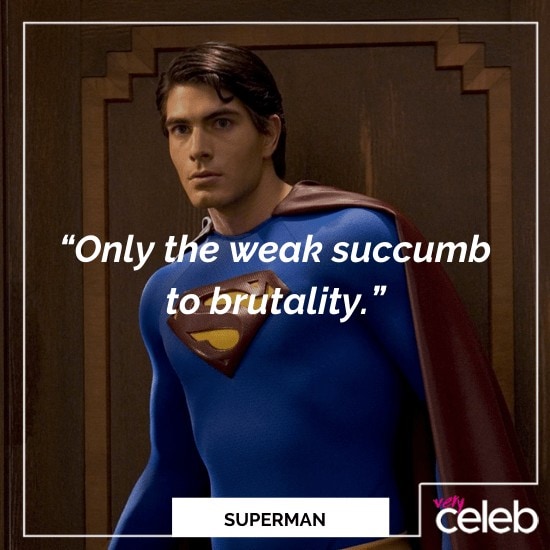 24. “Dreams save us. Dreams lift us up and transform is into something better.”
25. “What if a child dreams of becoming something other than what society had intended? What if a child aspires to something greater?”
26. “Sometimes you have to take a leap of faith first, the trust part comes later.”
27. “The worst part about being strong is that no one ever asks if you’re okay.” 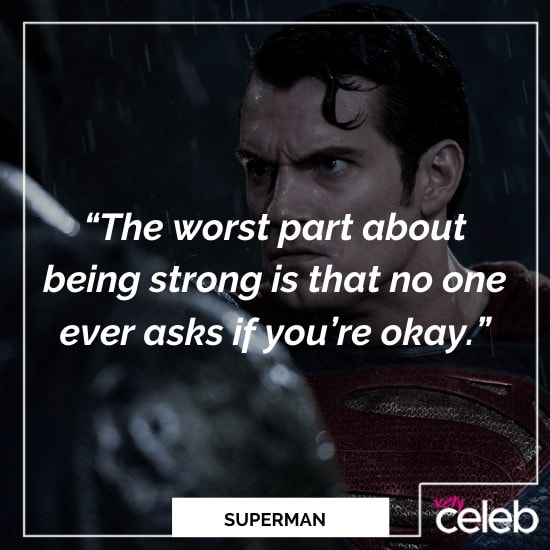 28. “Krypton Bred me, but it was earth that gave me all I am.”
29. “I believe in second chances, I believe in redemption, but, mostly, I believe in my friends.”
30. “There is a right and a wrong in this universe. And that distinction is not hard to make.”
31. “Civil liberties are being trampled on in your city, people living in fear. He thinks he’s above the law.”
32. “You will be different, sometimes you’ll feel like an outcast, but you’ll never be alone.”
33. “Dreams save us.” 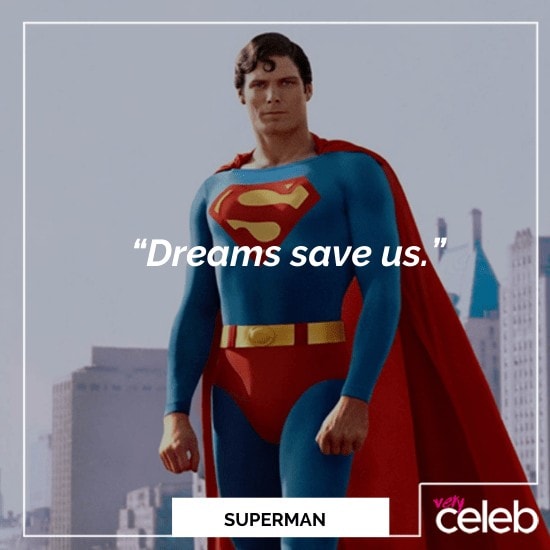 34. “I once thought I could protect the world by myself. But I was wrong.”
35. “So many of our dreams seem impossible, they seem improbable, and then, when we summon the will, they soon become inevitable.”
36. “There is a right and wrong in the Universe and that distinction is not hard to make.”
37. “To catch them if they fall.”
38. “Working together, we saved the planet.” 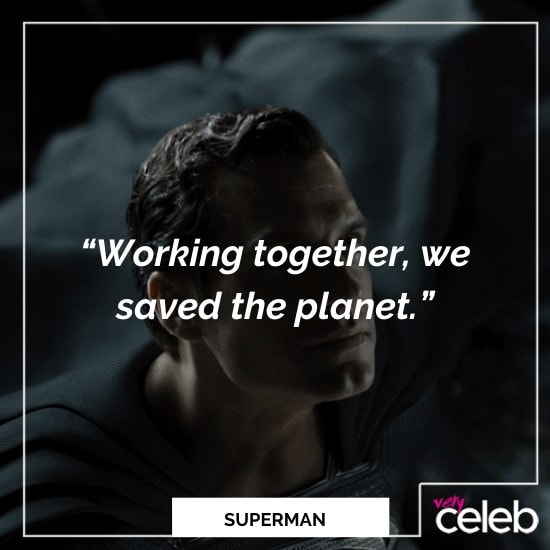 39. “You’re right! Taking lives is something I definitely find offensive!”
40. “You’re stronger than you think you are. Trust me.”
41. “What makes Superman a hero is not that he has power, but that he has the wisdom and the maturity to use the power wisely. From an acting point of view, that’s how I approached the part.”
42. “In the eyes of Krypton, they were all dead.”
43. “How others see you is not important. How you see yourself means everything.”
44. “Hope is the light that lifts us out of darkness.” 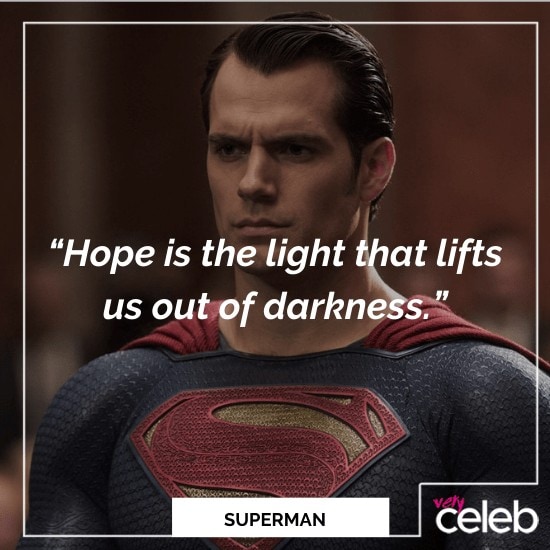 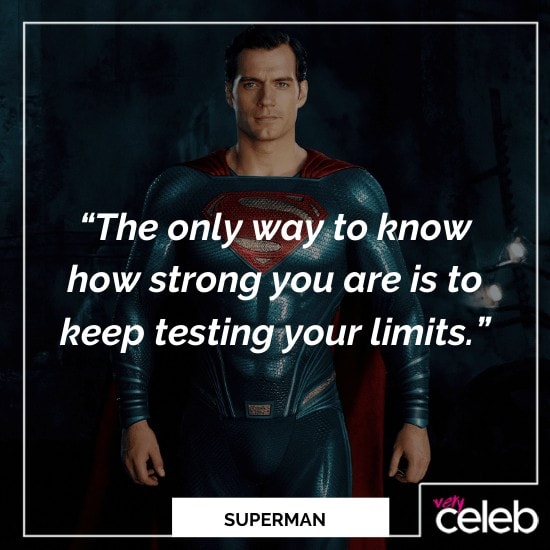