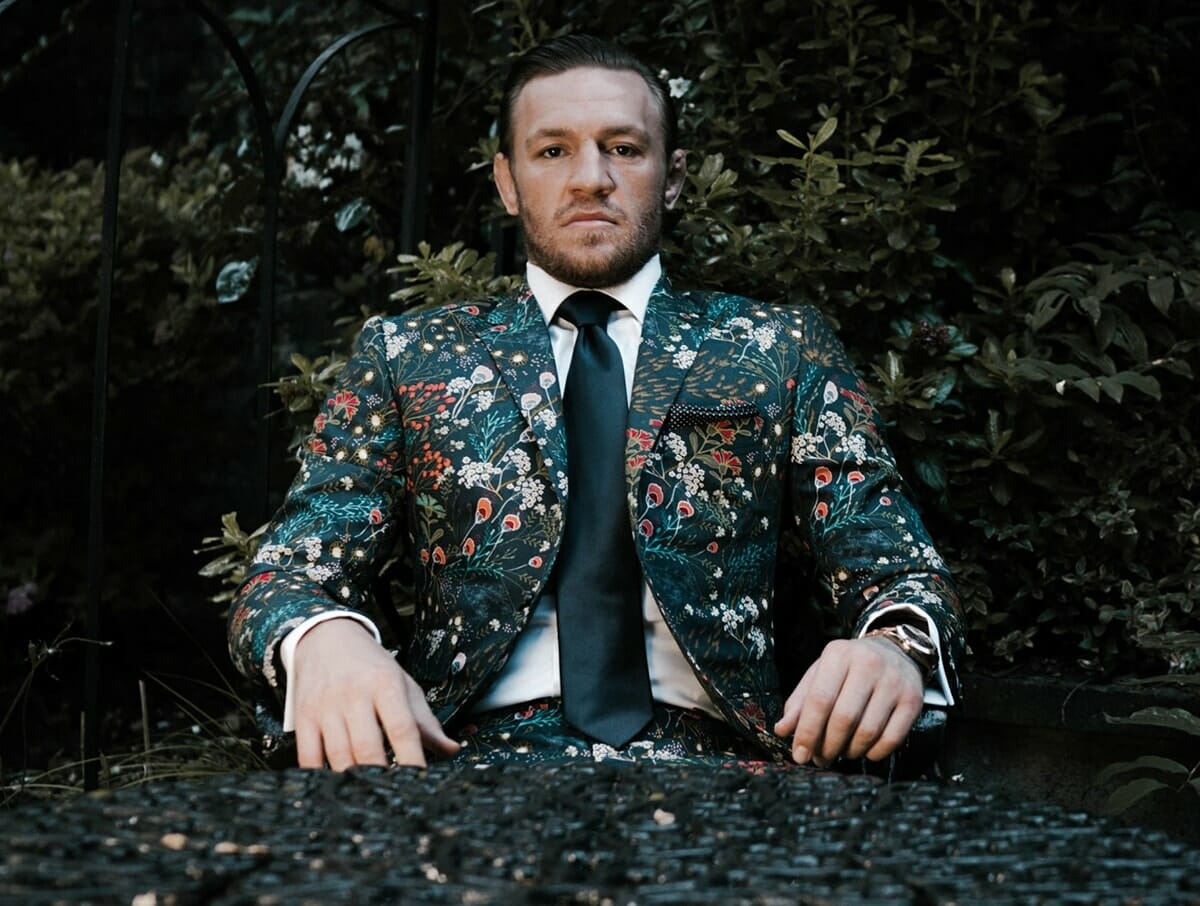 Conor Anthony McGregor is a mixed martial artist boxer and the former Ultimate Fighting Championship featherweight champion and lightweight double-champion. In 2021, he was ranked on number 9 of the UFC lightweight rankings.

McGregor was born in Crumlin, Dublin, Ireland on July 14, 1988. During his younger years, he used to play football for the Lourdes Celtic Football Club but at the age of 12, he began to get interested in boxing and trained at the Crumlin Boxing Club. It was his way to keep other teenagers from bullying him and soon, the sport boosted his confidence. While he was in Lucan, Dublin, he met Tom Egan, and they both trained for mixed martial arts (MMA) side by side.

In 2021, he, unfortunately, lost a fight with Dustin Poirier after suffering from a broken tibia. It was a technical knockout and the first knockout loss of McGregor in his entire career.

1. “There’s only one thing that’s impossible to beat… a man that doesn’t give up.” 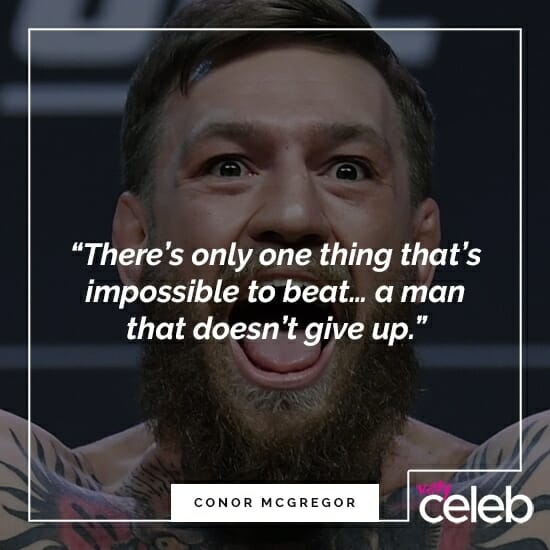 2. “Nothing good ever comes from worrying or sitting there feeling sorry for yourself… Keep positive and keep pushing on and things will turn good.”
3. “At the end of the day, you gotta feel some way. So why not feel unbeatable? Why not feel untouchable.”
4. “I stay ready so I don’t have to get ready.”
5. “If you have a clear picture in your head of something that’s going to happen… then nothing can stop it.”
6. “Look out for those who look out for you. Loyalty is everything.”
7. “Excellence is not a skill, excellence is an attitude.”

8. “Doubt is only removed by action. If you’re not working then that’s where doubt comes in.”
9. “I fear no man. If you breathe oxygen, I do not fear you.”
10. “I have visualized my imagination so clearly and so consistently that it has manifested itself into my reality.”
11. “I’m just going to keep doing what I’m doing. Keep proving people wrong and proving myself right.”
12. “Appreciate your surroundings and be grateful for it and that’s when good things happen.”
13. “I believe in believing.”

14. “It’s not really that much of a big deal – you brush it off and you come back. Defeat is the secret ingredient to success.”
15. “I believe in working harder and putting in the time – being completely obsessed. And, yeah, I think that’s life.”
16. “You are either the best. Or you are the worst. There is no in-between.”
17. “To do anything to a high level it has to be a total obsession.”
18. “All that matters is how you see yourself.” 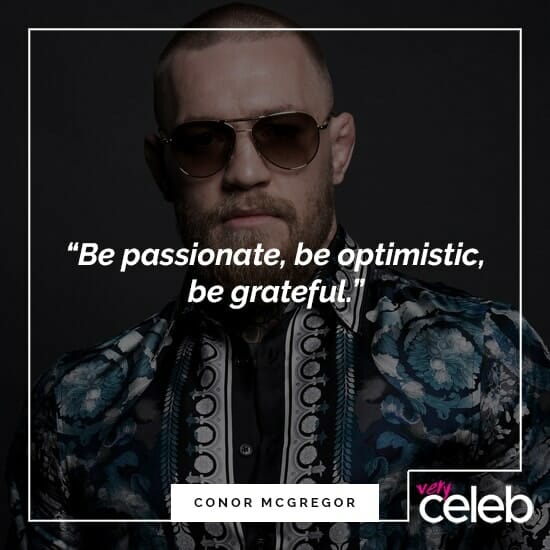 29. “Always be civil, but with a plan to neutralize everyone in the room.”
30. “I believe in believing.”
31. “Smart work pays best. Trust it.”
32. “I keep having vivid dreams of success. Then it’s time to sleep.”
33. “Be spontaneous, be creative, go out, and have fun, let things happen naturally.”
34. “Sometimes the truth hurts. It hurts because they have a weakness – and I exploit weakness.”
35. “Pain is part of the sport.” 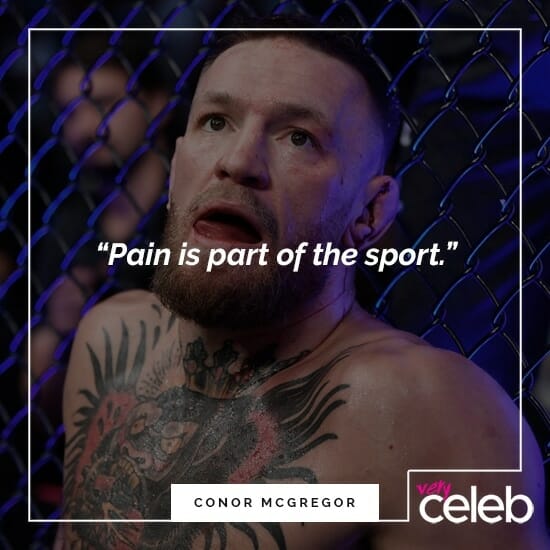 36. “I am comfortable in the uncomfortable.”
37. “You can’t fear success and I think a lot of people do… I’m not like that. I’m going for it.”
38. “I have never encountered a winner that held hate towards something.”
39. “Don’t impersonate. Innovate.” 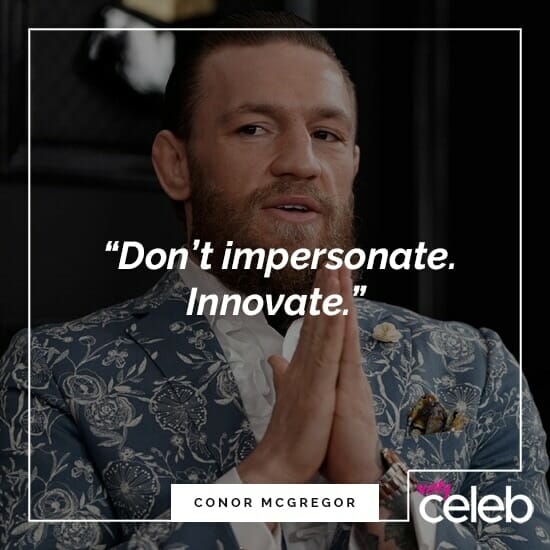 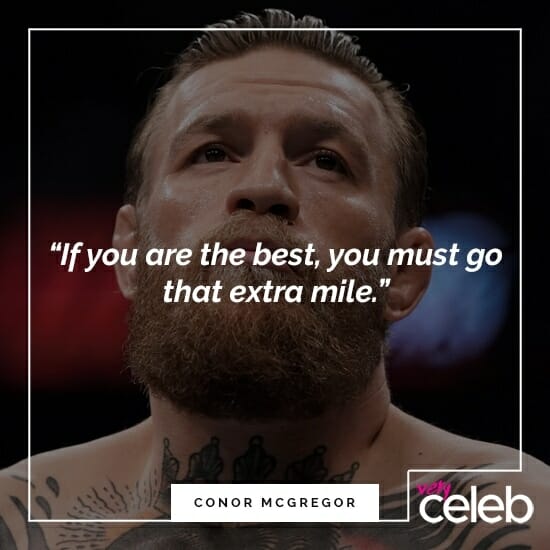 47. “One thing I believe that’s a key to success is to celebrate your surroundings.”
48. “The only weight I give a fuck about is the weight of the cheques and my cheques are super-heavyweight.”
49. “We’re not just here to take part — we’re here to take over.”
50. “It’s a tough pill to swallow but we can either run from adversity or we can face our adversity head on and conquer it. And that’s what I plan to do.”
51. “Me and Jesus are cool. I’m cool with all the gods. Gods recognize gods.”
52. “If one of us goes to war, we all go to war.”
53. “Timing beats speed. Precision beats power.” 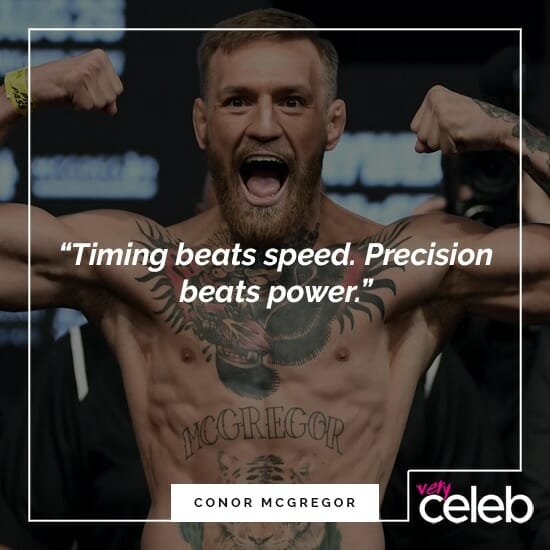