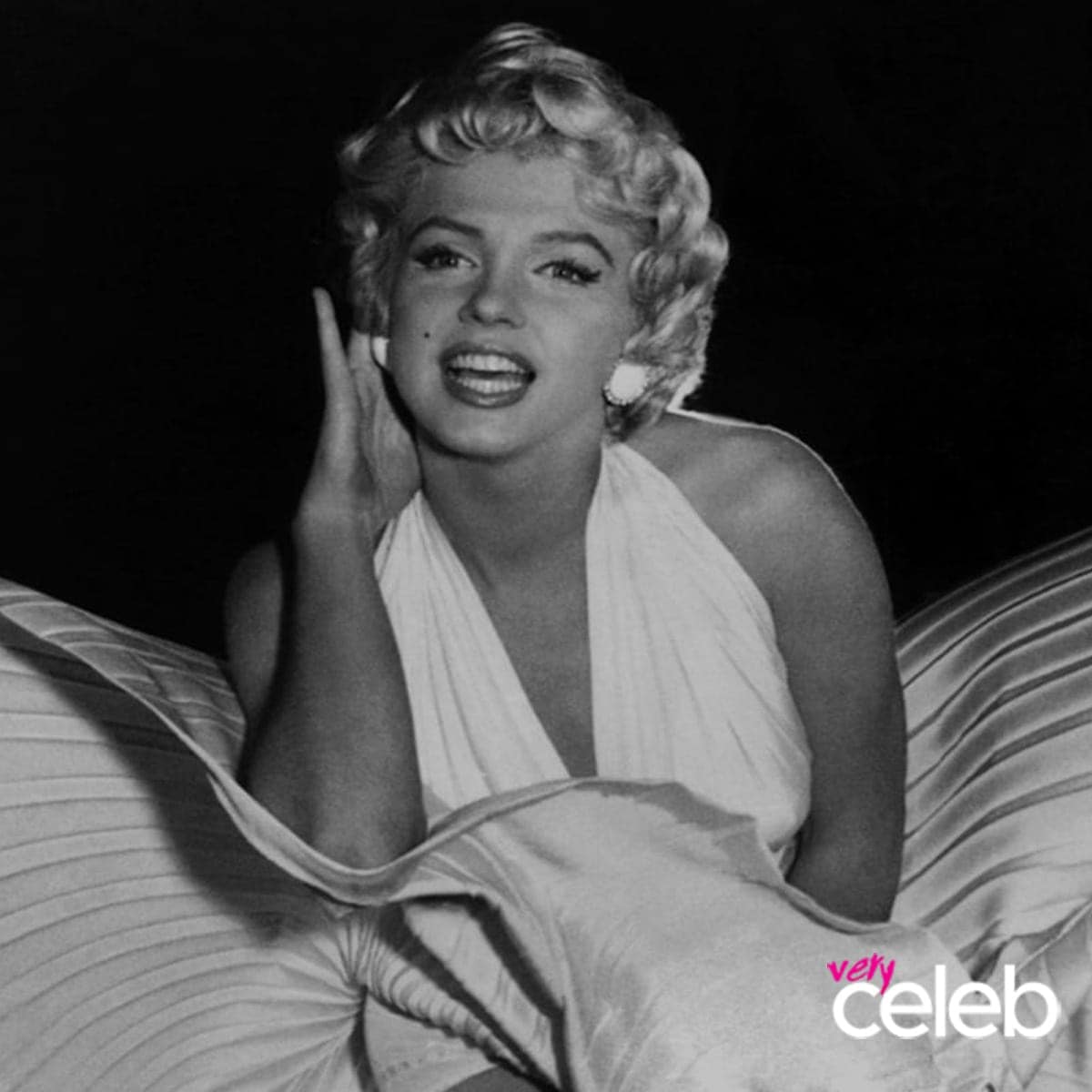 Marilyn Monroe or Norma Jean, either name, many people know the beautiful and iconic celebrity that Marilyn Monroe is. Marilyn Monroe’s birth name is Norma Jeane Mortenson. Marilyn Monroe is perhaps the first ever sex symbol that have contributed to the glitter of Hollywood films. Perhaps, it was also because of Marilyn Monroe that the expression “da bomb” began since Marilyn came to be known as the blonde bombshell. Still, what was even more amazing about Marilyn was that she had a humble beginning. Actually, Monroe grew up in one foster home after another, eventually getting married at the age of 16. Marilyn did do and try it all.

At the time of the Second World War, Monroe was a factory worker until she was eventually discovered by a photographer from a well-known film production company. She would then begin a successful but short-lived modeling career as she would immediately embark on films. Monroe would star in one hit film another including Hollywood blockbuster movies such as Monkey Business, As Young as You Feel, Gentlemen Prefer Blondes, How to Marry a Millionaire, and The Seven Year Itch. As great as Marilyn’s life was, she suffered from depression from the ups and downs of her love life and career. As she underwent these phases of her life, she eventually succumbed and died from a drug overdose. At the end, Marilyn Monroe was to be the most celebrated sex symbol Hollywood has ever produced. Let us hear some of Marilyn’s beautiful words and quotes. 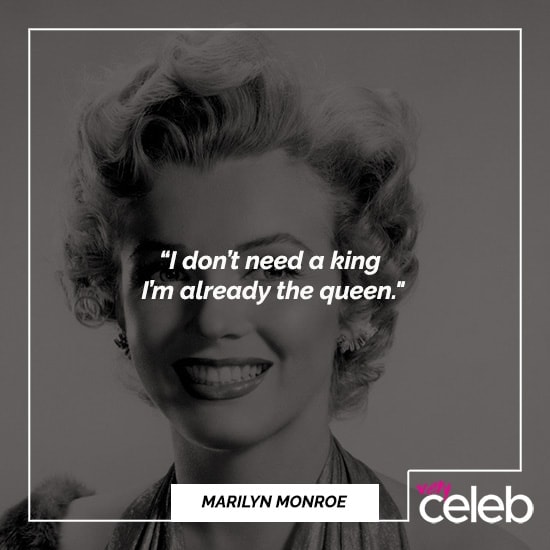 2. “All a girl really wants from a guy is for him to prove to her that they are not all the same.”
3. “Against all odds and despite all the obstacles, we are going to make it.”
4. “A woman can’t be alone. She needs a man. A man and a woman support and strengthen each other. She just can’t do it by herself.”
5. ”Fear is stupid. So are regrets.” 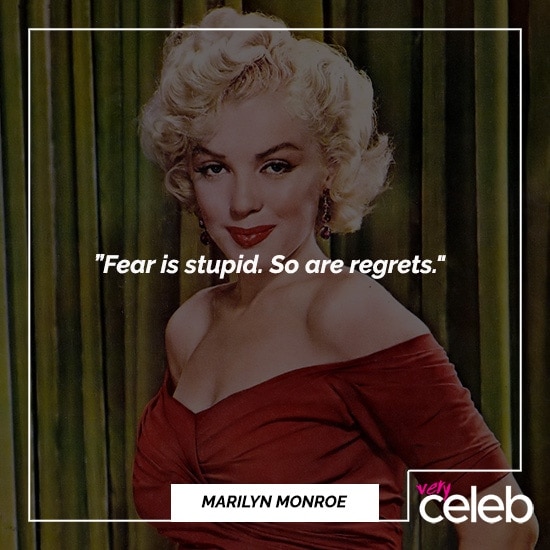 6. “I used to think as I looked out on the Hollywood night, ‘There must be thousands of girls sitting alone like me dreaming of being a movie star.’ But I’m not going to worry about them. I’m dreaming the hardest.”
7. “This life is what you make it. No matter what, you’re going to mess up sometimes, it’s a universal truth. But the good part is you get to decide how you’re going to mess it up.”
8. “I wanted to be treated as a human being who had earned a few rights since her orphanage days.”
9. “A girl should be like a butterfly. Pretty to see, hard to catch.” 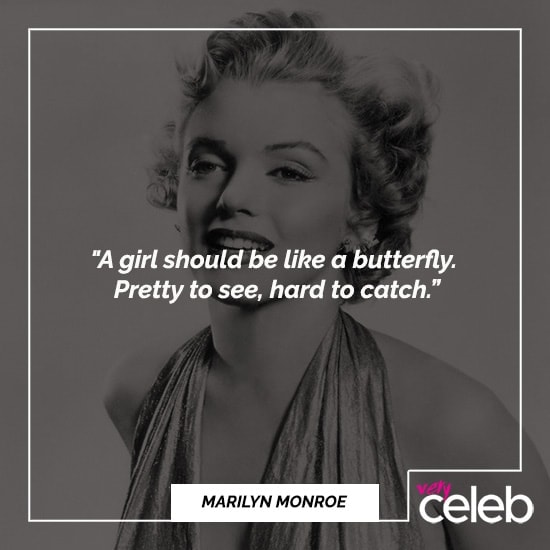 10. “For those who are poor in happiness, each time is a first time; happiness never becomes a habit.”
11. “Always remember to smile and look up at what you got in life.”
12. “The real lover is the man who can thrill you by kissing your forehead or smiling into your eyes or just staring into space.
13. “Beauty and femininity are ageless and can’t be contrived, and glamour, although the manufacturers won’t like this, cannot be manufactured.”
14. “You better believe when the conversation is getting shorter with you… it’s getting longer with someone else.”
15. “If I’d observed all the rules, I’d never have got anywhere.” 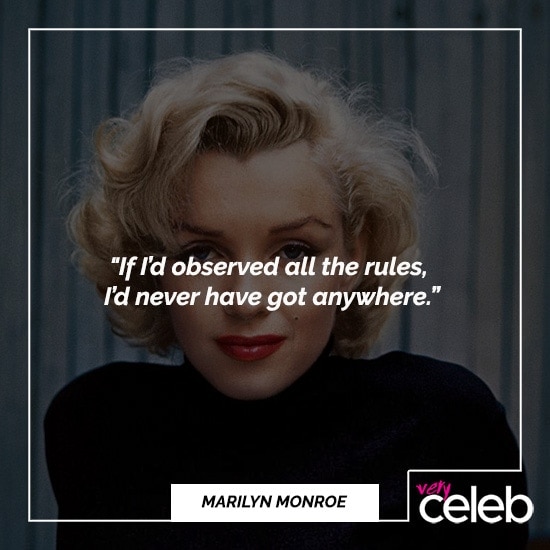 16. “To all the girls who think you’re fat because you’re not a size zero. You’re the beautiful one. It’s society who’s ugly.”
17. “Your clothes should be tight enough to show you’re a woman, but loose enough to show you’re a lady.”
18. “When you have only a single dream it is more than likely to come true – because you keep working toward it without getting mixed up.”
19. “Never get too attached to someone, because attachments lead to expectations and expectations lead to disappointments.”
20. “A wise girl knows her limits, a smart girl knows that she has none.” 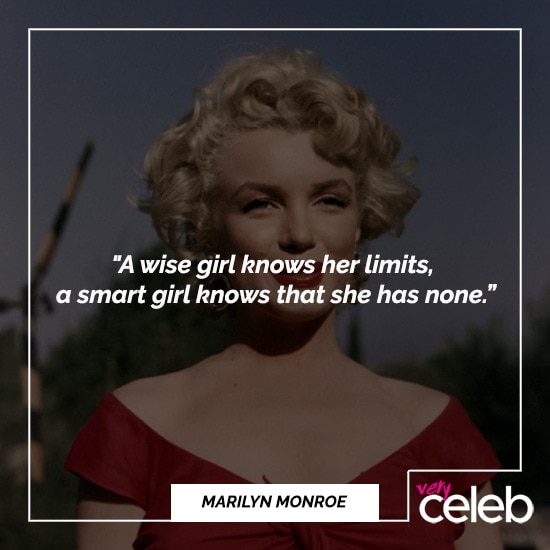 21. “I’ve never fooled anyone. I’ve let people fool themselves. They didn’t bother to find out who and what I was. Instead, they would invent a character for me. I wouldn’t argue with them. They were obviously loving somebody I wasn’t.”
22. “I want to grow old without facelifts. I want to have the courage to be loyal to the face I have made.”
23. “I don’t forgive people because I’m weak, I forgive them because I am strong enough to know people make mistakes.”
24. “A smart girl leaves before she is left.” 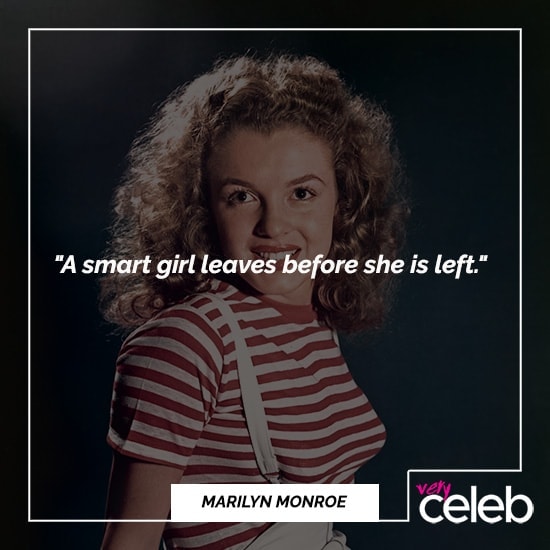 25. “A strong man doesn’t have to be dominant toward a woman. He doesn’t match his strength against a woman weak with love for him. He matches it against the world.”
26. “Experts on romance say for a happy marriage there has to be more than a passionate love. For a lasting union, they insist, there must be a genuine liking for each other. Which, in my book, is a good definition for friendship.”
27. “I don’t mind living in a man’s world as long as I can be a woman in it.”
28. “Keep smiling, because life is a beautiful thing and there’s so much to smile about.”
29. “Beneath the makeup and behind the smile I am just a girl who wishes for the world.”
30. “Who said nights were for sleep?” 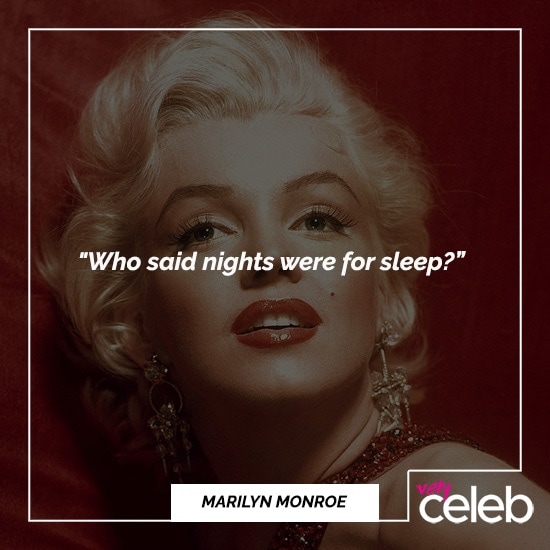 31. “Just because you fail once doesn’t mean you’re gonna fail at everything.”
32. “Always, always, always believe in yourself. Because if you don’t, then who will, sweetie?”
33. “Sometimes you just have to throw on a crown and remind them who they’re dealing with.”
34. “Dreaming about being an actress, is more exciting than being one.” 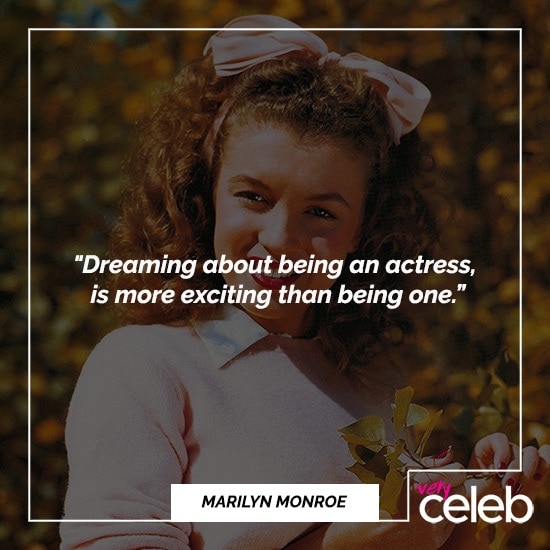 35. “Sometimes things fall apart so that better things can fall together.”
36. “We should all start to live before we get old. Fear is stupid. So are regrets.”
37. “Imperfection is beauty, madness is genius and it’s better to be absolutely ridiculous than absolutely boring.”
38. “Success makes so many people hate you. I wish it wasn’t that way. It would be wonderful to enjoy success without seeing envy in the eyes of those around you.”
39. “I’m selfish, impatient, and a little insecure. I make mistakes, I’m out of control, and at times hard to handle. But if you can’t handle me at my worst, then you sure as hell don’t deserve me at my best.”
40. “If you can make a girl laugh, you can make her do anything.” 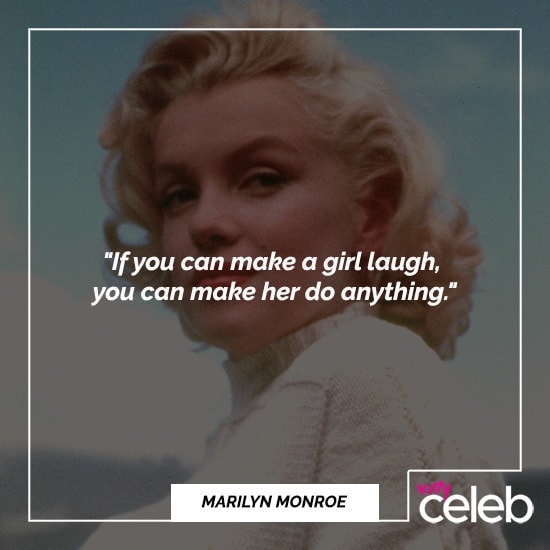 41. “I am good, but not an angel. I do sin, but I am not the devil. I am just a small girl in a big world trying to find someone to love.”
42. “The real lover is the man who can thrill you just by touching your head or smiling into your eyes – or just by staring into space.”
43. “I don’t mind making jokes, but I don’t want to look like one.”
44. “Things go wrong so that you appreciate them when they’re right.” 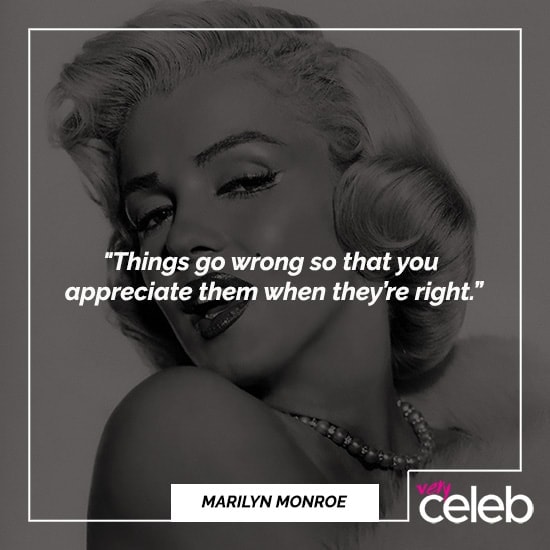 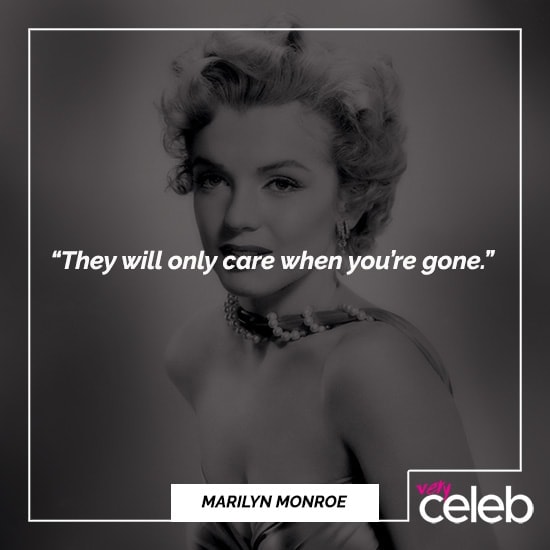 101 Weekend Quotes to Look Forward to