All the Goss on Ben Stiller's Parents, Anne Meara and Jerry Stiller
Advertisement 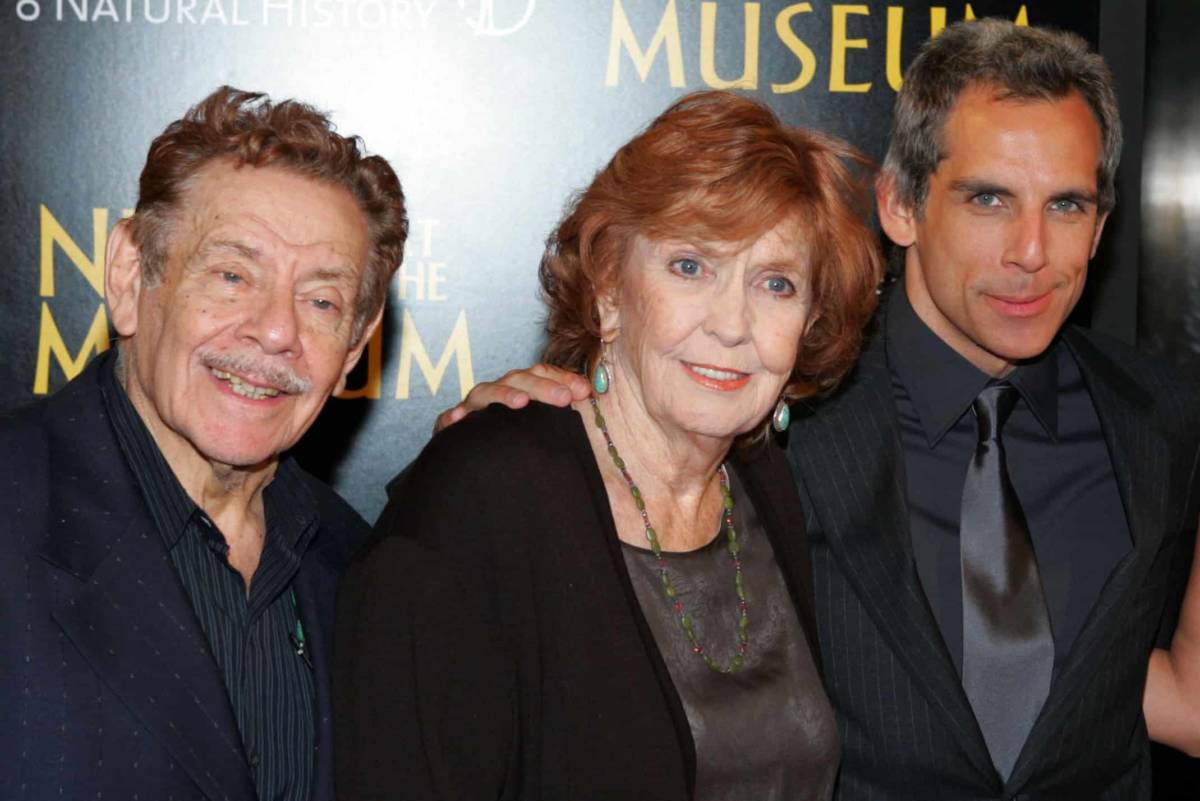 US actor, comedian, and writer, Ben Stiller’s parents, Anne Meara and Jerry Stiller, were known as the “comedy team.” Meara never thought of doing comedy until Stiller suggested it. The two were performing in nightclubs in New York and were considered a national phenomenon the following year, according to the New York Times.

The two became regulars on The Ed Sullivan Show appearing over 36 times, and having frequent slots on other television programs, including The Tonight Show Starring Johnny Carson.

They also owned a television sitcom The Stiller and Meara Show. Nominated for an Oscar, Jerry was a major player in the Seinfeld TV series, appearing as grumpy Frank Costanza, from 1993-1998.

Stiller is also an author and wrote the foreword to the book Festivus: The Holiday for the Rest of Us written by journalist Allen Salkin, released in October 2005. He also wrote a novel based on his and Meara’s love story –  Married to Laughter: A Love Story Featuring Anne Meara.

Anne Meara sadly passed away, aged 85, in May 2015 after suffering multiple strokes.

What are the nationalities of Ben Stiller’s parents?

How old are Ben Stiller’s parents?

Anne Meara was 85 years old when she died from multiple strokes. While Jerry Stiller is now 92 years old and is under the Gemini star sign.

How tall are Ben Stiller’s parents and how much do they weigh?

Anne Meara and Jerry Stiller got married in 1954 until Meara’s death in 2015. The couple met in an agent’s office, Stiller took her out for a coffee because that’s all he could afford that time — the couple were still together when she died.

How much are Ben Stiller’s parents’ net worth?

Do Ben Stiller’s parents have any other children?

Yes. Anne Meara and Jerry Stiller have a daughter named Amy Stiller who is also an actress.

The Controversy of Olivia Jade’s Parents

Get the Lowdown on Karen and Manuel Mendes