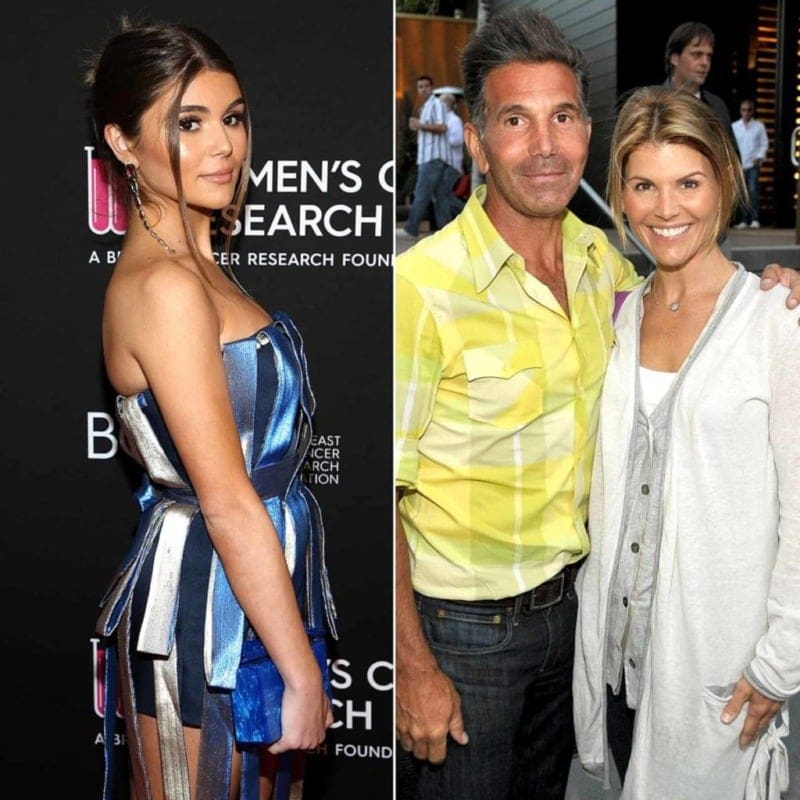 YouTuber and social media celeb, Olivia Jade’s mother, Lori Loughlin, is known for her role on the ABC sitcom Full House as Rebecca Donaldson-Katsopolis and its Netflix sequel, Fuller House. She began her career when she was just 11 years old as a print model.

Mossimo Giannulli is a fashion designer who founded the clothing brand Mossimo. He was born as Massimo Giannulli but changed his name to Mossimo when he was in the first grade, as his teacher insisted that the latter was easier to pronounce.

The couple were arrested on March 12, 2019, in connection with their alleged involvement in the widely publicized college entrance exam cheating scandal

They were accused of paying over $500,000 to get their daughters into the University of Southern California. Released on $1m bail, they were among 50 people charged. The couple were also charged with conspiracy to commit money laundering on April 9 and have pleaded not guilty to all of their charges.

They are due to stand trial in October 2020.

What are the nationalities of Olivia Jade’s parents?

Lori Loughlin is an American who was born in Queens, New York City. Her family moved to Hauppauge, New York when she was still one year old. Mossimo Giannulli is also an American, born in Los Angeles, California with Italian descent. He was raised in Encino, California.

How old are Olivia Jade’s parents?

How tall are Olivia Jade’s parents and how much do they weigh?

Yes, Lori Loughlin and Mossimo Giannulli are still married. The couple were married on November 27, 1997. However, Lori Loughlin was previously married to investment banker Michael Burns from 1989 to 1996.

How much is Olivia Jade’s parents’ net worth?

Do Olivia Jade’s parents have any other children?

Yes, Lori Loughlin and Mossimo Giannulli have another daughter, Isabella Rose and Giannulli has a son from his previous relationship.

What do Olivia Jade’s parents do for a living?

Lori Loughlin is an actress, producer, and model, and Mossimo Giannulli is a fashion designer who founded the clothing brand Mossimo.

According to Olivia Jade, her mother didn’t just work the system to get her into an elite college, she also forced her to get a higher education.

James Charles’ Parents! Does Stardom Run in the Family?

All the Goss on Ben Stiller’s Parents, Anne Meara and Jerry Stiller