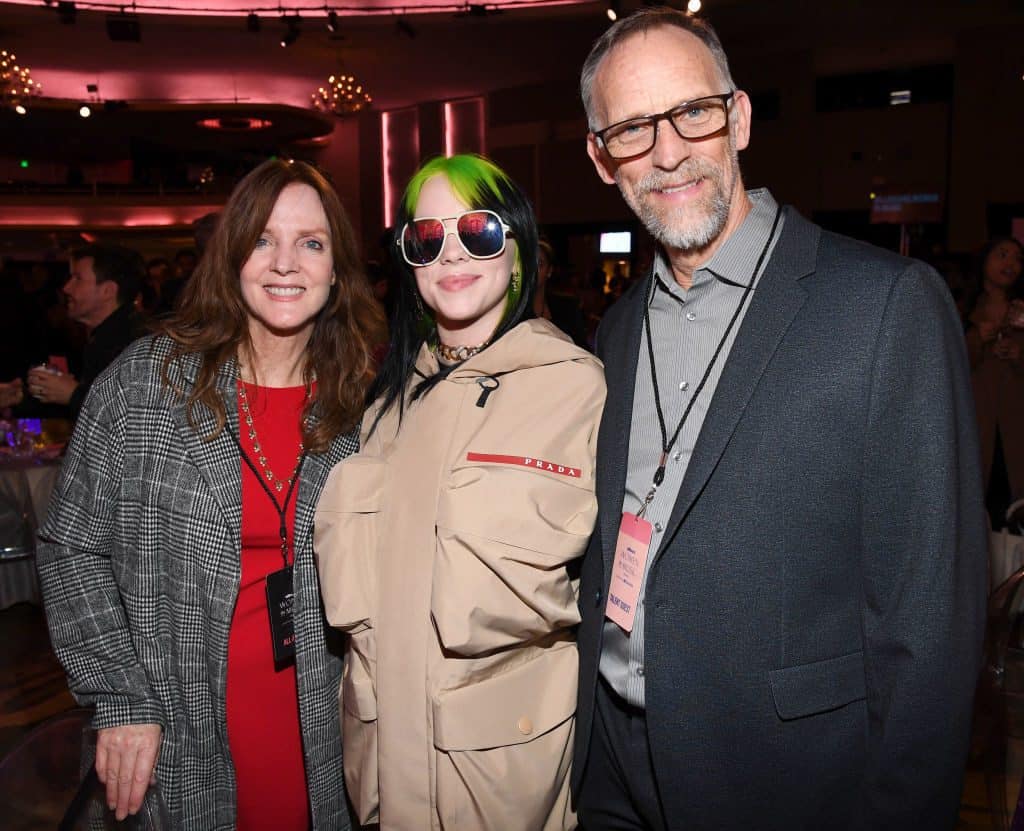 Who are Billie Eilish’s parents?

Billie Eilish is an American songwriter and singer who is currently rising in the charts with her unique and thrilling music. Billie was born in December 2001 to parents Maggie Baird, an American actress, and father Patrick O’Connell, also an American actor.

Patrick sparked his daughter’s interest in music because he was a music fan himself. He loves the Beatles and introduced Billie to them. Meanwhile, Maggie supports Billie throughout her career by joining her on her tours around the world.

What nationality are Maggie and Patrick?

Both Maggie and Patrick are American but have Irish roots.

How old are Maggie and Patrick?

What do Maggie and Patrick do for a living?

Maggie is mainly an actress, appearing in numerous films and television shows. She also dabbles in voice acting, singing, songwriting, and occasionally writes a screenplay. She also started her career on Broadway.

Patrick is also in the limelight as a Hollywood actor, appearing in the films Iron Man, The West Wing, and Baskets. He has also done voice acting in his role as Claud Hugo Strandberg in the video game Hitman.

What is the net worth of Maggie and Patrick?

Maggie’s estimated net worth is $1 million to $5 million. This is due to her various acting stints across Hollywood.

Meanwhile, Patrick’s net worth is not available yet to the public.

Are Maggie and Patrick together or divorced?

Do Maggie and Patrick have other children?

Aside from Billie, Maggie and Patrick have a son named Finneas Baird O’Connell. He is an American songwriter-producer, musician, and actor. He is especially known for helping Billie achieve stardom by writing music with her from a tender age until today.

It seems as though the entire family is in Hollywood and the music business!

Lucky [email protected] with my beautiful @wherearetheavocados. Yes, we wore the same color!

Who Are Hailey Baldwin’s Parents? – The Lowdown on Stephen and Kennya Baldwin

Who Are Kane Brown’s Parents?