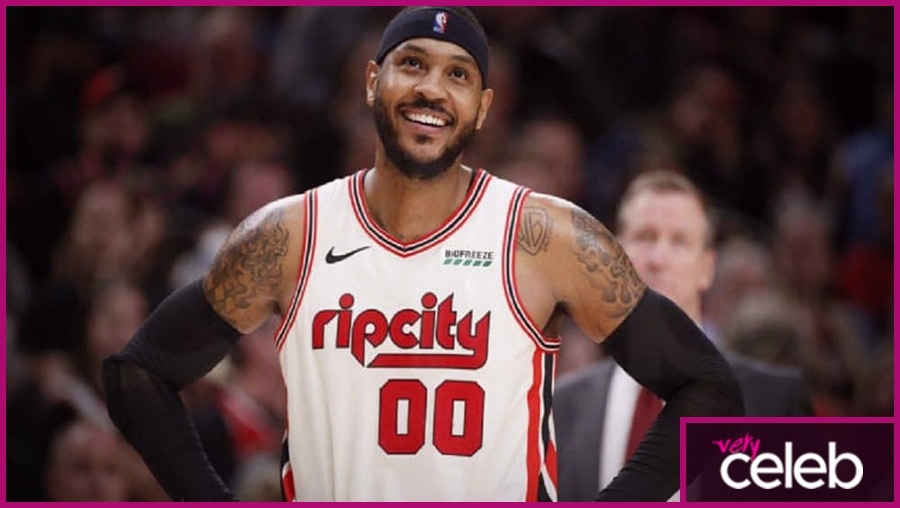 Carmelo Anthony is an American professional basketball player. He is currently part of the Portland Trail Blazers franchise in the NBA. He was drafted as third overall in the NBA in 2003.

Born in Brooklyn, New York City, his family then moved to Baltimore when he was in high school. This is where he honed his athletic skills and used sports as a diversion from the violence and drug dealing that surrounded him. The issue of drugs and gang violence is something he continues to highlight, especially within the basketball field itself.

He went to Towson Catholic High School during his first three years in high school and quickly excelled as one of the top players. During this time, he was already 6 feet and 5 inches tall. After his junior year, many Division 1 coaches were lined up to recruit him.

He wanted to go to Syracuse but his grades were below standards so he opted to attend Oak Hill Academy in his senior year. Then, he played for one season at Syracuse University and averaged more than 22 points per game along with 10 rebounds. In 2003, he helped Syracuse to its first NCAA title. After that season, he declared that he will forego playing the rest of his college years with Syracuse and opted to join the NBA draft.

He was drafted by the Denver Nuggets wherein he would play until 2011. Afterward, he played for the New York Knicks, Oklahoma City Thunder, and the Houston Rockets.

Carmelo Anthony During A Practice Game

How old is Carmelo Anthony?

What team is Carmelo Anthony currently on?

Carmelo Anthony is currently playing for the Portland Trail Blazers.

How tall is Carmelo Anthony?

Carmelo Anthony is 6 feet and 8 inches tall. No doubt, he is one of the best in the basketball field, and one of the richest too!

What nationality is Carmelo Anthony?

Carmelo Anthony is of American nationality.

How much does he weigh?

What is Carmelo Anthony’s net worth?

As of 2020, Carmelo Anthony has an estimated net worth of $120 Million. That makes him the 18th richest player in the NBA.

What is Carmelo Anthony most famous for?

Carmelo Anthony is most famous for leading the Denver Nuggets during the early stages of his NBA career. He is a 10-time NBA All-Star and the 2013 NBA scoring champion. Also, he is part of the US national team four times and has helped the team win gold in the 2008, 2012, and 2016 Olympic Games.

Trying to get in touch with Carmelo Anthony?

Has this page left you wanting more gossip on Carmelo Anthony? Or perhaps you’re looking to get in touch with them. Ask us here and we will search our archives to get you answers.

There is no substitute for hard work #STAYME7O

We toasted and celebrated to the launch of @viin7estate. Thank you @HauteLivingMag for a great night. Feeling grateful for all of your support on this journey 🍷. #STAYME7O

Can you spot the real me? 👀 It was an honor to meet my digital twin at #CollisionConf last week.