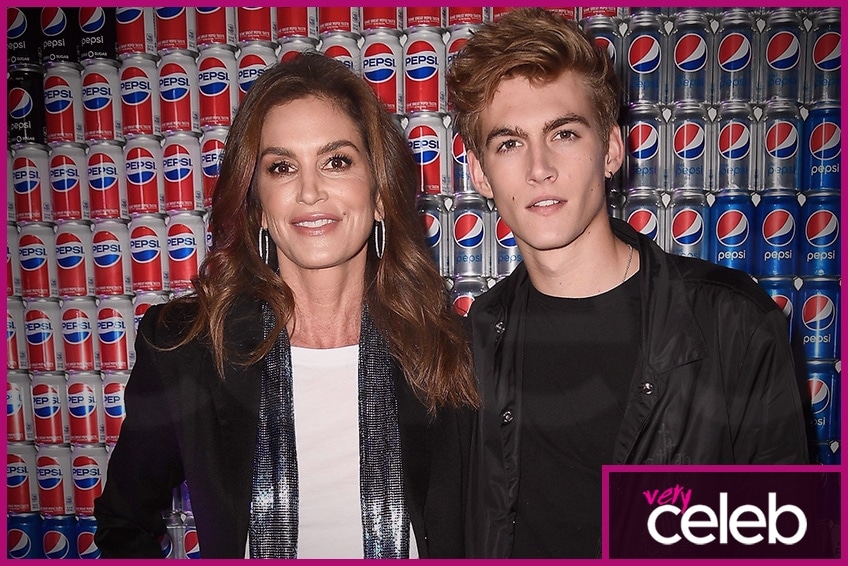 Who is Cindy Crawford’s son?

Cindy Crawford is an American model. She dominated the fashion world in all possible ways, whether that be through magazines, runways, or fashion campaigns. Crawford was the textbook definition of a supermodel in the 1980s to 1990s modeling for elite brands such as Chanel, Versace, and Christian Dior, as well as various high-fashion magazines like Vogue, W, People, and Harper’s Bazaar.

After quitting full-time modeling, Crawford dabbled in many other projects – cosmetics, furniture, and even publishing her own biography. Although she remains known for her impact on the fashion world, you can hardly help but wonder if the next modeling icon is going to be someone from her family.

It’s no surprise that both her son and daughter with her current husband Rande Gerber – Presley Gerber and Kaia Gerber, followed in her footsteps and tried their hands at modeling. Both of them immediately being booked by top brands such as Calvin Klein, Ralph Lauren, Yves Saint Laurent, and many more.

Kaia Gerber, the youngest of the two siblings has shown more interest in pursuing a career in fashion. She is consistently seen on the runway, and has won several awards including being crowned Model of the Year at the 2018 British Fashion Awards.

The famed model’s son, Presley Gerber, has been in the news due to his rebellious streak. Cops busted the 21-year-old for driving under the influence and he was sentenced to a three-year probation in 2019.

In February 2020, Presley Gerber was seen out with a divisive facial tattoo claiming that it was ‘misunderstood’ just like himself. He grew aggressive in Instagram posts, suggesting that if anyone had an issue with either the design or the placement, they should come and tell him face to face. In April the same year, he was photographed sporting more torso tats – less controversial ones. With his art collection amounting to approximately 26 images, every design has a personal meaning for him.

More recently, news outlets reported that Presley Gerber said the quarantine due to COVID-19  has been beneficial for him, keeping him at home and out of trouble. But Crawford’s son is not only known for his misbehavior – Presley Gerber shows an interest and talent in many other activities as well, such as photography, skiing, and video games. Presley’s been seen spending a lot of time with his girlfriend recently, both of them working at his dad’s restaurant in Malibu – Cafe Habana.

Presley Gerber and his face tattoo

I love sunsets believe it or not.. and yes my cat is in my girls hoodie!

What is the nationality of Cindy Crawford’s son?

Presley Gerber was born and raised in Brentwood, California, USA, making him American.

How old is Cindy Crawford’s son?

What is the height and weight of Cindy Crawford’s son?

Presley Gerber is said to be in a relationship with Sydney Brooke, the social influencer who has been seen modeling for brands like Zara, and Solid & Striped, and has posed for several LA photographers.

Does Cindy Crawford’s son have any children?

Presley Gerber is currently not married and does not have any children.

How much is Cindy Crawford’s son’s net worth?

Presley Gerber’s assets are evaluated to be around $1 million. He also generates income through occasional modeling gigs for magazines and advertisements, as well as through his Instagram account with nearly 70K following.

Learning to love life. The good and the bad

Well colts money line was a roller coaster of emotion

Today I am grateful for the opportunities I have been given. https://www.whatdazeit.com