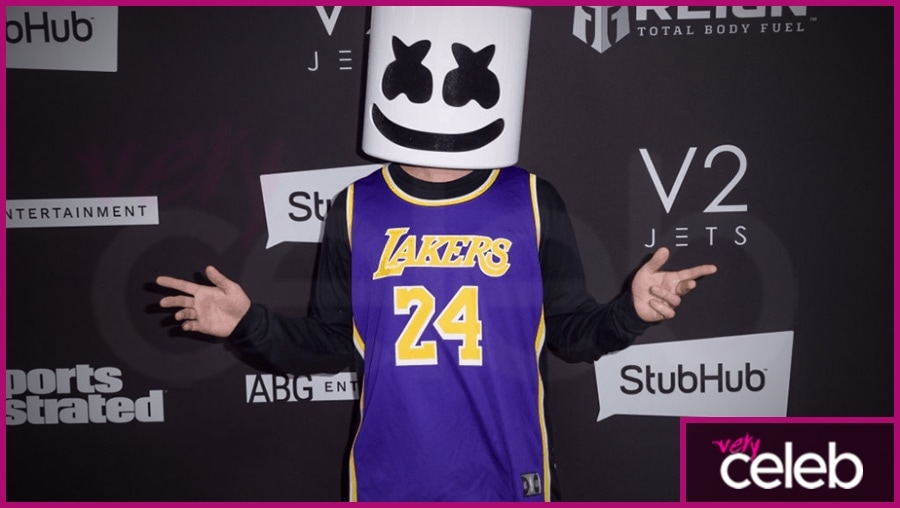 Marshmello’s real name has been revealed to be Christopher Comstock. He took on the stage name Marshmello as an American DJ and electronic music producer. He first gained international recognition by remixing popular songs from DJ Zedd and other popular DJs.

Among the most popular hits from Marshmello are Happier, Wolves, Friends, and Silence. All of these hits have reached multi-platinum status in numerous countries. The aforementioned hits were also included in the Top 30 of the Billboard Hot 100 list.

Marshmello released his debut album in 2016 and it was called Joytime. In this album, the lead single is Keep it Mello. His second single off of the album is titled Alone and it was platinum-certified. The Canadian record label Monstercat released the song in May of that same year.

Marshmello also collaborated with a few well-known artists to produce hits and singles that reached multi-platinum status in various countries. Among those with whom he collaborated were American R&B singer Khalid, Selena Gomez, Bastille, and Anne Marie.

As of 2017, Forbes listed Marshmello as one of the highest-paid DJs in the world. In one year alone, he earned $21 Million.

Marshmello is known for wearing a custom helmet in his public appearances. His helmet is a bucket-head that is shaped and looks like a marshmallow.

When the speculations that the man behind the mask was actually Chris Comstock of @dotcommusic on Instagram began, Marshmello neither agreed nor disagreed. He said that he is in it only for the music and not for fame.

So is he Shawn Mendes?

Lots of people put on the helmet and revealed themselves as red herrings including Shawn Mendes repeatedly, but no, Mendes is already pretty busy with his singing career, as is DJ Tiesto who also “revealed” himself from under the Marshmello helmet at an award show in 2016.

How was his identity finally revealed?

Forbes reported the mystery DJ’s name to be Chris after Skrillex let the DJ’s first name out during an interview with Katie Curick. The following was taken from Unmasking Marshmello:

“Oh, Marshmello,” Skrillex responded, before picking up the phone and putting DJ-producer Marshmello on speaker. The interaction ignited a debate around the masked newcomer’s identity, who had begun releasing music online for free just three months earlier. Social media detectives and EDM fans have since believed Marshmello to be an alias of Chris Comstock, also known as Dotcom, a DJ-producer on the same management roster as Marshmello. Forbes can now conclusively report that they are the same person.

What nationality is Marshmello?

Marshmello is American, as he was born in Philadelphia.

When is his birthday?

Chris Comstock was born on 19th May 1992, making him 30 years old. He’s a Taurus, loving comfort and luxury, with a stubborn streak.

What is Marshmello’s net worth?

According to CelebrityNetWorth.com Marshmello has an estimated net worth of $28.2 million in 2021, down from $40 Million in 2019.

What is Marshmello most famous for?

Marshmello is known for his marshmallow-looking custom helmet that he wears to all of his public appearances and performances. He rarely takes it off in public.

Is Marshmello married or single?

Marshmello is currently not married but is in a relationship.

Who is Marshmello’s partner or spouse?

Marshmello’s current girlfriend is Kelsey Calemine. She posted a picture of the unmasked Marshmello with her for Valentine’s Day 2020. They have been linked since 2018. Before DJ Marshmello the actress and model had briefly dated Ryland Lynch, another DJ.

Does Marshmello have children?

Marshmello does not have any children.

Get The Lowdown on Jimmy Page🧐

Who Is Lil Xan?