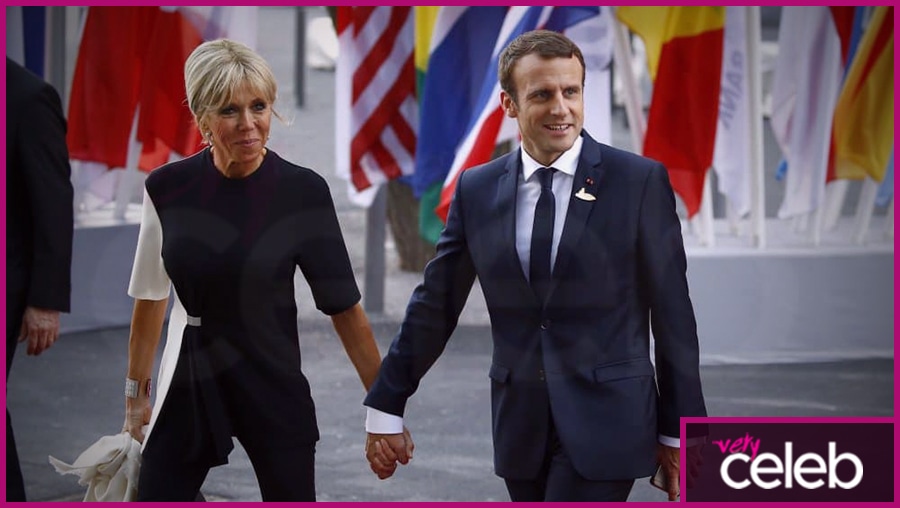 Brigitte Macron used to be a schoolteacher. However, after meeting a student of hers – Emmanuel Macron, she became a household name, particularly in France. She is after all France’s first lady. Brigitte left her teaching post at Lycée Saint-Louis-de-Gonzague to help her husband rise to become France’s youngest head of state. Let’s find out more about France’s first lady!

The French woman came from a prominent family who were the main proprietors of Chocolaterie Trogneux, otherwise known as Jean Trogneux. This company is a chocolatier founded in Place Notre Dame and has been run for five generations of the Trogneux family. Beyond her family’s business, as early as the 1980s, Brigitte was already serving as a dedicated teacher of literature at the Collège Lucie-Berger in Strasbourg. Later on, she taught Latin and French in a prominent private high school run by the Jesuits in Amiens. In this private school, Lycée la Providence, she would meet her future husband. At that time, she was 40 years old, while Emmanuel was only 15 and was a classmate of Brigitte’s daughter. Despite the obvious gap in their ages, French President Emmanuel claims that her presence in his life is essential for him as he goes about his duties and responsibilities as head of state of France.

Who is Brigitte Macron’s husband?

Before being the France’s First Lady, Brigitte Macron was married to a banker who goes by the name André-Louis Auzière. They got married in 1974. In January of 2006, Brigitte and André would get divorced. A year later, Brigitte married Emmanuel Macron, and they have remained married since.

How did Emmanuel Macron meet his wife?

Emmanuel Macron met his wife in high school when he was just 15 years old, while she was on the other hand 40 years old and his school teacher. At that time, Brigitte taught French in Emmanuel’s school. She was a moderator for the theatre club, while he was an exemplary actor for the club. Brigitte was impressed by how good Emmanuel was not only in acting but in writing as well. As their attraction for each other grew, Emmanuel gave his word that he will marry her one day. This did not sit well with his parents which forced them to appeal to Brigitte to stay away from him. However, their love for each other saw the couple through and by October in 2007, they got married.

Where was Brigitte Macron born?

Brigitte Macron was born in Amiens in France. Her nationality is French.

What is the age of Emmanuel Macron’s wife?

What are Brigitte Macron’s height and weight?

Brigitte Macron stands 5 feet 4 inches. She weighs around 115 pounds. Much of her amazing physique at her age, she owes to her diet which is composed mostly of fruits and vegetables. She also does light weight training.

How many kids does Brigitte Macron have?

Brigitte Macron does not have biological children with Emmanuel Macron. She, however, has three adult children from her previous marriage. They are Sébastien Auzièr, Laurence Auzière-Jourdan, and Tiphaine Auzière.

What is the net worth of Brigitte Macron?

There is not much information on Brigitte’s net worth. However, her husband has a net worth of a little more than $30 million.

Find out even more about Brigitte Macron!

Ever wanted to know more details about Brigitte Macron’s life, such as who they dated in the past, their famous siblings or other family members? Contact us and we will find everything you’re looking for – maybe even help you get in touch with Brigitte Macron!