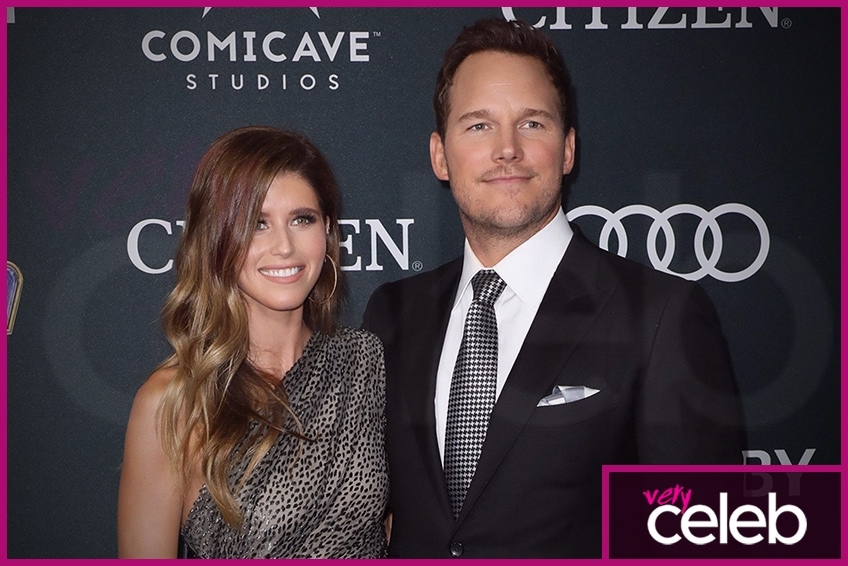 Katherine is known for her social media presence and for a couple of books that she has written.  Arnold Schwarzenegger’s little baby has grown to be a beautiful 29-year old thriving writer. Her first book was a self-help book entitled Rock What You’ve Got: Secrets to Loving Your Inner and Outer Beauty from Someone Who’s Been There and Back. After the success of this book, other titles came out. One of them is a survival book on what to do after finishing college. The title of the book is I Just Graduated … Now, What? From these titles, it is clear that Katherine has an inherent desire not just to write, but to help people go through the daily challenges in life. For Pratt, this is what Katherine brings to his life. She brings stability and companionship as he journeys through his career as an actor and as a person.

Who is Chris Pratt’s wife?

Chris Pratt’s wife is Katherine Schwarzenegger, the daughter of Hollywood actor and former champion bodybuilder Arnold Schwarzenegger. Other interesting information about Katherine is that she is a writer like her mother. As a trivia, her mother, Maria Shiver, is the niece of the former president of the United States, the late John F. Kennedy. Katherine began her writing and blogging career the moment she set foot in college. She went to the USC Annenberg School for Communication and Journalism. She obtained her communications degree in 2012. From then on, she would begin to write and blog. She has a couple of published books that include Rock What You’ve Got and I Just Graduated … Now, What? This beautiful and talented writer and blogger is one to watch out for.

Happy birthday daddy!! I love you and can’t wait to celebrate you! ♥️

A post shared by Katherine Schwarzenegger (@katherineschwarzenegger) on Jul 30, 2020 at 11:44am PDT

Why did Chris Pratt divorce his ex-wife Anna Faris?

Chris Pratt and ex-wife Anna Faris’s divorce was due to a number of reasons. First, there are sources that claim that insecurities were the first and foremost reason. Before we all knew Chris Pratt to be one of the main stars in the Avengers franchise, Anna had more fame than Pratt. She would act alongside famous actors such as Chris Evans. She even had a kissing scene with Evans before. Although this didn’t really make Pratt feel insecure since Evans assured him that it was all work, however, when Pratt had his own scene with actress Jennifer Lawrence, there were reports that Anna felt uneasy. Others claimed that Anna felt insecure about Chris’s growing fame. Because of this, other misunderstandings would follow that would lead the couple to finally call it quits in 2017. Still, the former couple have remained friends and have continued to be good parentlues to their son.

How tall is Katherine Schwarzenegger?

Katherine is quite tall as she stands 5 feet 8 inches. She weighs 126 pounds.

Katherine Schwarzenegger is a stunning beauty in blue

What is the nationality of Katherine Schwarzenegger?

Born on December 13, 1989, in Los Angeles, California in the United States, Katherine Schwarzenegger is an American.

How many kids does Katherine Schwarzenegger have?

When was Katherine Schwarzenegger born?

Yesterday was the best day of our lives! We became husband and wife in front of God, our families and those we love. It was intimate, moving and emotional. We feel so blessed to begin this new chapter of our lives. We are so thankful to our families and our friends who stood with us, and grateful to Mr Giorgio Armani, who created a once in a lifetime dress for me to wear, and for Chris, the perfect suit. This morning we feel nothing but blessed.

A post shared by Katherine Schwarzenegger (@katherineschwarzenegger) on Jun 9, 2019 at 11:27am PDT

How much is Katherine Schwarzenegger’s net worth?

According to sources, Katherine has a net worth of $3 million.

I can’t wait to have a copy in my hands on February 7th when it comes out, and I will be preordering MANY copies before then… and you can too! Preorder now: https://amzn.to/3g5re95

[email protected], I’m so proud & excited for you with the announcement of your upcoming children’s book, #GoodNightSister this morning! This book is a beautiful love letter to sisterhood, whether it be from birth or through the sisters you make in life.

As a mom of sisters & someone who knows the power of a sister bond, first hand, it is a thrill for me to announce my new children’s book, #GOODNIGHTSISTER, out Feb. 7th, 2023.

We believe girls deserve to live lives they love and choose love on their own terms. And most importantly, #GirlsDeserve a world free of child marriage. Today on #DayoftheGirl, we invite you to join us in supporting @vowforgirls' vision of a world where no child is ever a bride.

Fancy being the envy of your friends by getting in touch with Katherine Schwarzenegger?

Why not chase up all the latest news and gossip? Just ask and we can go through our archives to see what details we have about Katherine Schwarzenegger.