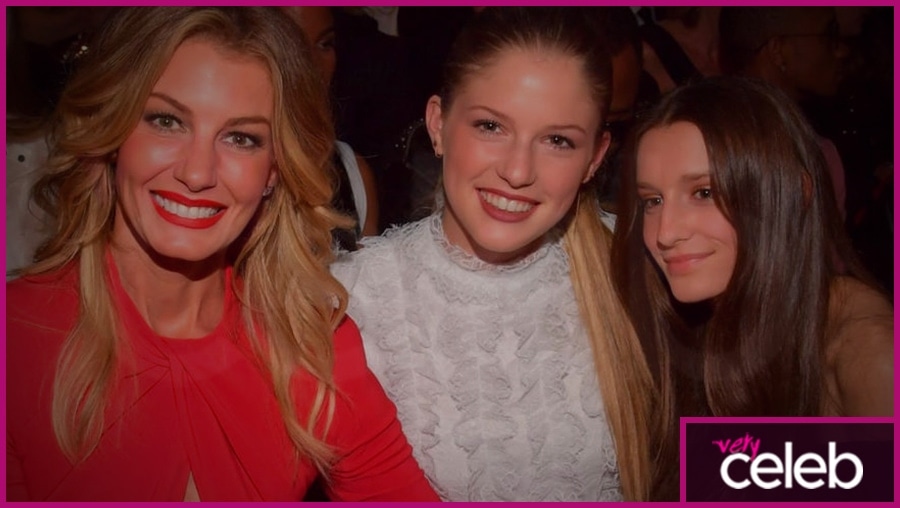 Who are Faith Hill’s Daughters?

Ever since she started her music career, Faith Hill has become a household name when it comes to country music. With more than 40 million albums sold worldwide, she has become one of the most successful country music artists of all time. After being married to fellow country singer Tim Mcgraw, she continued to be active in the music scene and went on tours both locally and internationally.

She takes a break from time to time to be a doting mother to her three daughters with Mcgraw: Gracie Katherine, Maggie Elizabeth, and Audrey Caroline. All three girls are blessed with amazing voices just like their parents, but Gracie and Maggie both have developed an interest in performing in front of a crowd.

Gracie started her own rock band named Tingo during her college days and has created a YouTube channel showcasing their live performances. On the other hand, Maggie is often seen on the red carpet with her father. Just like Gracie, Maggie also became an active musician and has joined a rock group during her college days at Stanford University and has performed live in one of her parents’ Soul2Soul tours. Their parents are very supportive of their children and have frequently visited their performances whenever they can.

What nationality are Faith Hill’s daughters?

Gracie, Maggie, and Audrey all have American nationality.

How old are Faith Hill’s daughters?

How tall are Faith Hill’s daughters?

Details about their height and weight have not been made public as of this writing.

Gracie, Maggie, and Audrey are all currently single. There haven’t been any reports or rumors about them dating someone in the past, and they have kept their personal lives private from the public eye.

How much is Faith Hill’s daughters’ net worth?

Due to the immense success of their music career both solo and as a couple, Tim Mcgraw and Faith Hill have a combined net worth of $165 million. However, details on their three daughters’ net worth have not been released to the public yet, although it is estimated to be somewhere in between $100,000 to $1 million.

Simply couldn’t imagine celebrating our daughter Maggie’s 23rd birthday today without posting a song from her favorite musical of all time, Hamilton. Oh, I have many videos I could share, but this one shows her great sense of humor best.

So proud of these two. Our baby girl Audrey has grown up 💗💗💗💗💗

Check out the premiere on @YouTube this Friday at 5pm CT.

Finally the day has come when I get to share some exciting news with you! I will be playing Margaret Dutton, the original matriarch of the Dutton family in the Yellowstone prequel 1883. Just wait, you have never seen anything like this! @paramountplus