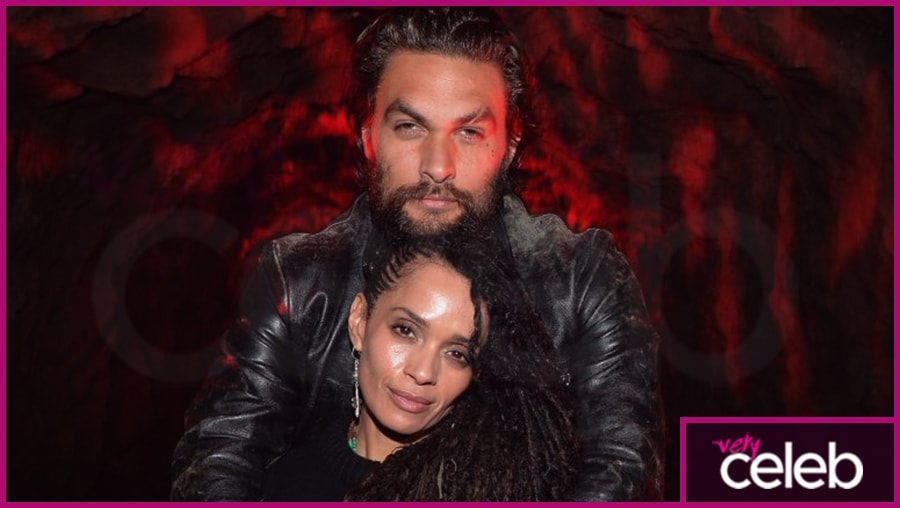 When one of the hottest men on earth targets you to be his wife, you can do nothing but relent. In one tv interview, Jason Momoa, the star of Aquaman and Game of Thrones, shared his story that when he was 8 years old and was watching TV, he saw actress Lisa Bonet and told his mom, “Mommy, I want that one. I’m gonna stalk her for the rest of my life, and I’m gonna get her.” While Jason never dreamt of becoming an actor, it was a pleasant surprise that he became one and eventually met and married the woman of his dreams. Lisa was Jason’s inspiration; he was inspired by her so much that he imitated Lisa’s dreadlocks, which coincidentally became his signature hairstyle.

When the two first met and dated, James was just starting his career and actually lived in a hotel. He had to request Lisa to bring him home from the club where they met since he didn’t have a car. However, that meeting, which basically became a date, proved to be life-changing as he saw it as a telling sign that Lisa and he shared the same thoughts about life together with their favorite drink, a Guinness beer. Lisa Bonet is not only an amazing actress but she is also an amazing wife. According to Jason, Lisa sees him beyond his good looks. She supports him in all his endeavors as they aim to become the best spouse to each other and the best parents to their children.

The celebrity wife’s real name is Lisa Michelle Bonet. Lisa Bonet has also been called Lilakoi Moon. She decided to change her name to Lilakoi Moon after her divorce with her first husband.

Who is Lisa Bonet’s husband?

The actress Lisa Bonet is married to Jason Momoa who is a famous actor himself. To date, they have been a couple for more than 14 years. The two met at a jazz club in 2004. Although many people thought that the two got married in 2007, it was later on revealed that they only became legally married in October of 2017. Prior to her relationship and marriage to Jason, Lisa was married to the famous singer Lenny Kravitz, with whom she had a daughter named Zoe Kravitz.

Where was Lisa Bonet born?

Lisa was born in San Francisco in the United States. Her father was from Texas and is of African-American descent. Her mother was a music teacher and of Jewish descent. Lisa is an American.

What are Lisa Bonet’s height and weight?

She stands 5 feet 2 inches and weighs around 118 pounds.

What is Lisa Bonet’s net worth?

Lisa Bonet has a whopping net worth of $10 million, and this is mostly due to her decades-long career in television and on the big screen.

How many kids does Lisa Bonet have?

Lisa has three children. The first one was with the famous pop music star Lenny Kravitz. She gave birth to their daughter Zoë Isabella in 1988.

Who is Jason Momoa’s wife?

Jason Momoa’s wife is Lisa Bonet who is a well-known television and film actress. As early as the 1980s, Lisa had earned a name as a talented actress on the tv screen as she was one of the teen stars in the 80s hit The Cosby Show. Lisa spent her formative years at Birmingham High School in Van Nuys, California. Discovering that she had a flair for acting, she then pursued her dream to become one as she majored in acting at the Celluloid Actor’s Studio in California. After her stint in The Cosby Show, she ventured in other television productions such as A Different World, which had her reprise her teenager role from The Cosby Show. She briefly came back to The Cosby Show. After leaving the show, she eventually took film roles in Hollywood movies such as Enemy of the State, High Fidelity, and Biker Boyz. In all, as Lisa continues to be a star and to take part in TV roles, it was her role on television that made her the highly accomplished actress that she is.

What age is Jason Momoa’s wife?

How to get in touch with Lisa Bonet?

Our archives contain all the info you need to get in touch with Lisa Bonet, so if you want to know how, contact us and we may be able to help.

Peter Kay’s Wife Susan Gargan – What Exactly Is Their Net Worth?🤔💷