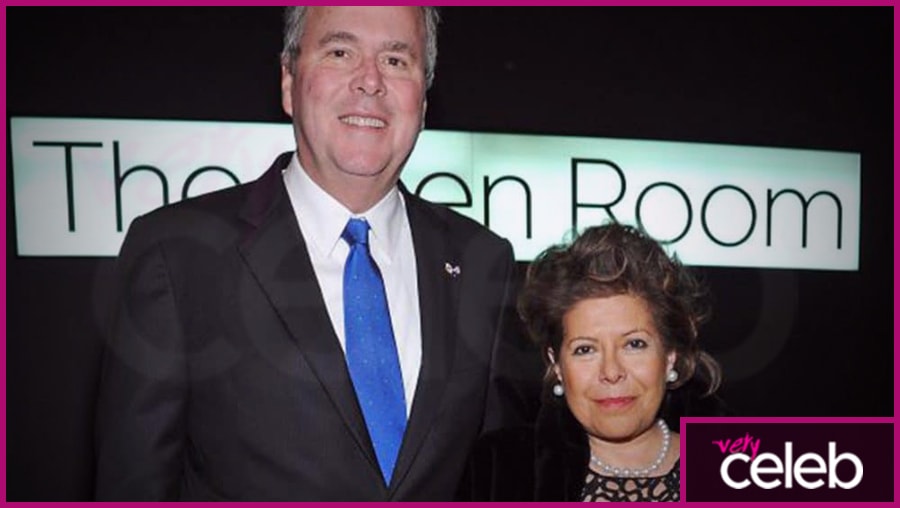 The language of love is a universal language. Latin America has always been in the blood of Jeb Bush, the governor of Florida from 1999 to 2007. The second son of former US President, Jeb has a degree in Latin American studies from the University of Texas. Not only that, but he also has a Latina wife – Columba Bush who is Mexican-American. According to Jeb, it was love at first sight when he met Columba as he was out on a project of building schoolhouses in León, Mexico. She couldn’t speak English, and he couldn’t speak Mexican; however, it was the language of love that pulled the two together.

Having a background in public service and administration, Jeb always had his heart and mind in helping people and pursuing projects and charities for the betterment of those who are in need. Luckily, his wife has the same goals at heart. A philanthropist herself, Columba made good use of her time and influence as the first lady of Florida when Jeb was governor. Some of Columba’s pursuits involved charities and outreach projects for the Florida Coalition Against Domestic Violence, Arts for Life, and the Center on Addiction and Substance Abuse. Her sincere desire to help people included the youth and she came up with even more projects and programs to help them. She contributed a great deal to prevention and treatment programs for the National Institute on Alcohol Abuse and Alcoholism (NIAAA). With all these things that Columba has accomplished, she has also done a great deal in supporting her husband’s political campaigns and socio-economic endeavors.

What was Columba Bush’s maiden name?

The politician’s wife’s name is Columba Bush. Before her marriage to Jeb, her name was Columba Garnica Gallo.

Who is Columba Bush’s husband?

Columba Bush has been married to former US President George Bush’s son Jeb Bush. The two were married in 1974. They met when Columba was only 16, while Jeb was 17. Their marriage of 45 years continues to be strong.

The only picture from Columba & Jeb Bush’s wedding

How did Jeb Bush meet his wife?

Jeb Bush met his wife in their teenage years. Columba was 16 years old, while Jeb was 17. At that time, Jeb was out on a school-mandated outreach project tasked to build schoolhouses in Columba’s hometown in León, Mexico. According to Jeb, it was love at first sight. When he saw Columba the first time, he was head-over-heels in love. He couldn’t think and eat for days. He fondly calls the time he met his wife as AC or “After Columba.” On the other hand, the time before he met Columba was called BC or “Before Columba.” In interviews, Jeb admitted that life didn’t make much sense before he met Columba. When they met in the schoolhouse project, he got his life organized.

What is the ethnic background of Columba Bush?

Columba Bush was born in Arperos, which is situated in the city of León, Guanajuato, Mexico. Columba was born a Mexican. With her marriage to Jeb, she became a Mexican-American. Columba had humble beginnings. She had her education from the Instituto Antonia Mayllen, which is also in León.

What are Columba Bush’s height and weight?

Columba was a petite teenager when she and Jeb met. She stands 5 feet tall. She weighs around 125 pounds.

How much is Columba Bush worth?

Not much has been written about Columba’s net worth. What is known is that Jeb Bush has a net worth of more than $20 million. This he shares conjugally with his wife, Columba.

What is Jeb Bush’s wife’s height?

How many kids does Columba Bush have?

Christmas Greetings From The Bushes

Enjoying time with family and reflecting on all the blessings God has given us. From mine to yours, Merry Christmas!

Proud Mother, Grandmother, and Wife of @JebBush. Advocate for the Arts and for Victims of Domestic Violence and Drug Abuse.

Look at this little lady‼️

2nd stop of the day with @JebBush and @LindseyGrahamSC in Lexington!

It's so much fun campaigning with my mother-in-law. First stop this morning, Greenville Precinct Visit. #AllInForJeb

Great way to start off our day in South Carolina. Thank you, Spartanburg! #AllInForJebSC

If you’re looking for more info on Columba Bush, or maybe even a way to get in touch with them, ask us here and we will look through our archives to get you the answers.