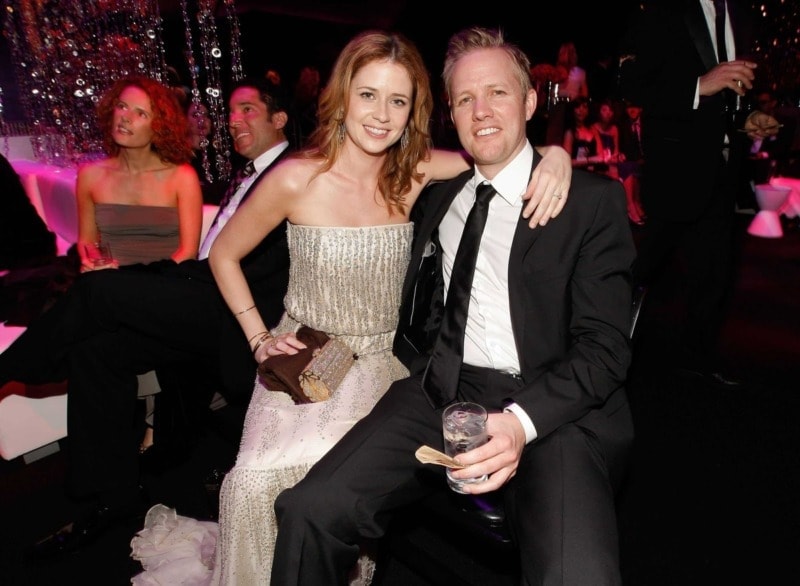 ☰ Questions & Answers show
1 Who is Jenna Fischer’s husband?
2 What is the nationality of Lee Kirk?
3 How tall is Lee Kirk and how much does he weigh?
4 Is Lee Kirk married or single?
5 How much is Lee Kirk’s net worth?
6 How many kids does Lee Kirk have?
7 How old is Lee Kirk?
8 Lee Kirk Photo Gallery

Who is Jenna Fischer’s husband?

American Actress Jenna Fischer is known for being a versatile on-screen actress; she is also known for having a soft spot for amazing directors like Lee Kirk. Lee is the second husband of the famous actress Jenna Fischer. While Jenna was previously married to James Gunn who co-wrote and co-starred the mockumentary Lollilove with Jenna, she is now happily married to Lee Kirk.

Many people know Gunn as the former director of Guardians of the Galaxy. On the other hand, Lee Kirk is no amateur talent himself – Kirk is an amazing screenwriter. Some of the films he wrote and directed include The Giant Mechanical Man, Ordinary World, and Pants on Fire. He also wrote the 2009 play Sad Happy Sucker. One episode of The Office, starring Jenna Fischer is also be attributed to Lee’s directing work.

As a trivia, Lee and Jenna fell in love during the production of the film The Giant Mechanical Man. With Lee writing and directing and with Jenna being the producer and primary protagonist in the film, the two went on meetings to talk about the film and its production. However, as much as they wanted to stay professional as they were both in love with the movie and its story, they couldn’t help but be attracted to one another. Thus, after 8 months of making the film, Lee and Jenna confessed their mutual feelings toward each other.

What is the nationality of Lee Kirk?

Lee was born in Texas in the United States. He is a Caucasian American.

How tall is Lee Kirk and how much does he weigh?

Is Lee Kirk married or single?

Lee is married to actress Jenna Fischer. Jenna is famous for playing the role of Pam Beesly in the American TV sitcom The Office. The couple got married on July 3, 2010, in Malibu. 9 years into their marriage and the couple look very happy.

How much is Lee Kirk’s net worth?

How many kids does Lee Kirk have?

A year into their marriage, Lee and Jenna welcomed their first child – Weston Lee Kirk. Later, on May 25, 2014, they would then have another child; this time a daughter who the couple named Harper Marie Kirk.

How old is Lee Kirk?