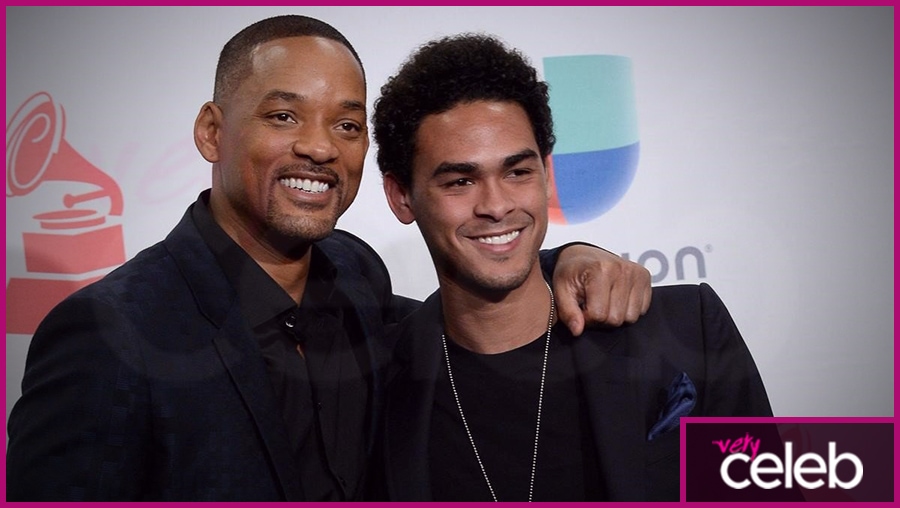 With a family background as star-studded as his, the young Trey did a cameo role in his father’s music video Just the Two of Us. He also appeared in the sitcom All of Us, guest-starring in two episodes. Trey also showed up on The Oprah Winfrey Show, and the David Blaine: Real or Magic TV special.

Treyball Development Inc., his father’s and uncle’s Beverly Hills-based company, is named after him.

Trey Smith with his father, Will and two younger half siblings, Jaden and Willow

What Nationality Is Trey Smith?

Trey Smith was born in California, he is American.

How Old Is Trey Smith and How Tall Is He?

Will Smith’s son was born on November 11, 1992, in Los Angeles, California. Trey is 28 years old, with Scorpio as his birth sign.

Will Smith gives ‘the talk’ to his oldest son, Trey Smith

Is Trey Smith Single or Married?

A celebrity’s relationship status can be the open buffet for the public to feast on, but Trey managed to keep his love life private and undisclosed. Who’s the lucky girl, we wonder?

What Does Trey Smith Do for a Living?

Trey Smith is currently focused on his music career as a DJ under the stage name “AcE,” leaving his mark around the world. In 2016, he released Find You Somewhere, a music video in collaboration with his step-mother and siblings.

He’s also an actor, appearing in various roles such as in the Just the Two of Us, All of Us, and in the short film The Speech with his high school friend Trevor Gretzky.

What Is Trey Smith’s Net Worth

Trey Smith’s net worth is $2 million.

The Life and Death of Joe Biden’s Son – Beau Biden.