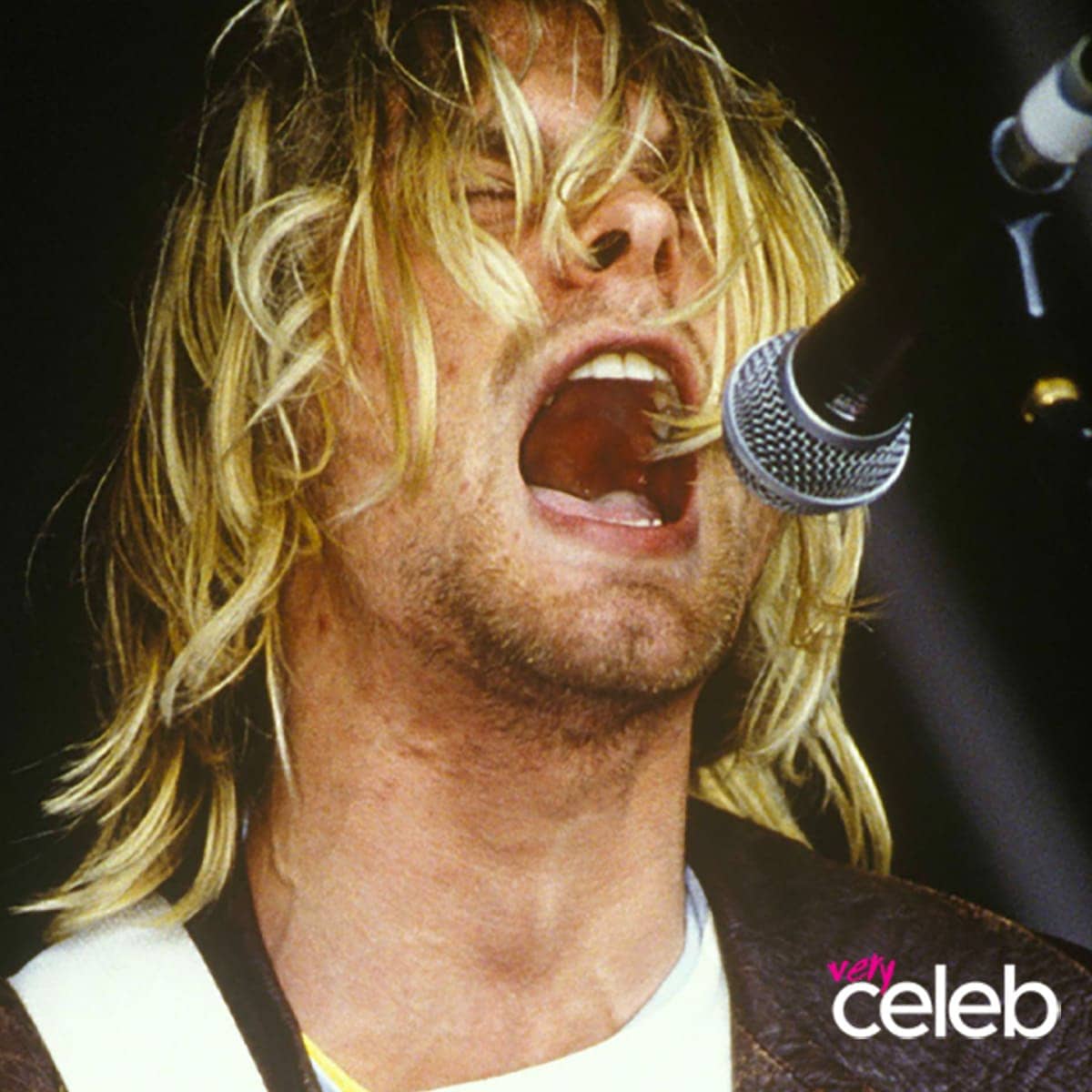 Kurt Cobain is synonymous to the band name Nirvana, which perhaps is the most highly recognized 90’s rock band which he performed in alongside the legendary Dave Grohl. Being the lead singer, Cobain was the one who immortalized the band with now classic titles such as Come as You Are, Smells Like Teen Spirit, and All Apologies. He was the perfect rock icon as he looked the part. With his snobbish and angsty demeanor, people were drawn to his rugged charm, he popularized the genre alternative rock, which was a reflection of the wit and angst that were carried by Generation X of the 90s. Kurt was deserving of all the adoration, honors and awards that came his way, making him earn immortality status having been placed in many lifetime achievement lists such as the 100 Greatest Metal Singers of All Time and Rock and Roll Hall of Fame.

With his blue eyes and blond hair, Kurt dazzled the stage with his performances. Cobain was married to the beautiful singer Courtney Love. Together, the couple had a child in the person of Frances Bean Cobain whom Kurt adored for his rather short-lived life. At the age of 27 years old, Kurt would take his own life after struggling from bouts of depression and addiction. Nonetheless, Kurt Cobain remains to be one of the most highly talked about and mentioned name in the music business as his songs and undying legacy continue to echo generations after him.

1. “Practice makes perfect, but nobody’s perfect, so why practice?” 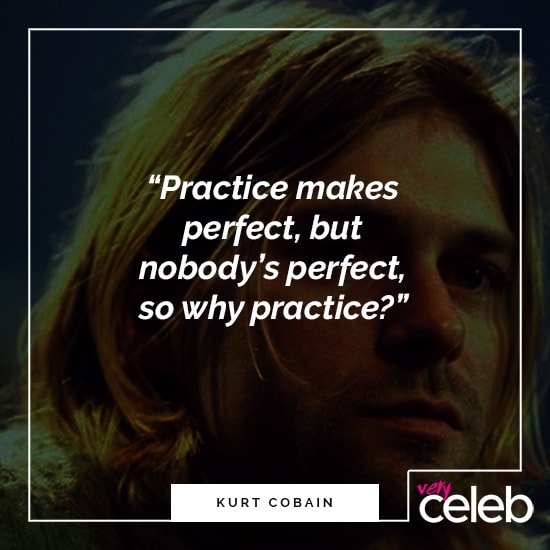 2. “I would like to get rid of the homophobes, sexists, and racists in our audience. I know they’re out there and it really bothers me.”
3. “We’re so trendy we can’t even escape ourselves.”
4. “I’m left-handed, and it’s not very easy to find reasonably priced, high-quality left-handed guitars. But out of all the guitars in the whole world, the Fender Mustang is my favorite. I’ve only owned two of them.”
5. “The finest day I ever had was when tomorrow never came.”
6. “I have a daughter who reminds me too much of what I used to be, full of love and joy, kissing every person she meets because everyone is good and will do her no harm. And that terrifies me to the point to where I can barely function.”
7. “Rape is one of the most terrible crimes on earth and it happens every few minutes. The problem with groups who deal with rape is that they try to educate women about how to defend themselves. What really needs to be done is teaching men not to rape. Go to the source and start there.”
8. “I won’t eat anything green.”
9. “If you’re really a mean person you’re going to come back as a fly and eat poop.”

10. “I knew I was different. I thought that I might be gay or something because I couldn’t identify with any of the guys at all. None of them liked art or music. They just wanted to fight and get laid. It was many years ago but it gave me this real hatred for the average American macho male.”
11. “Rather be dead than cool.”
12. “I like to make people feel happy and superior in their reaction towards my appearance.”
13. “I’ve always had a problem with the average macho man – they’ve always been a threat to me.”
14. “Drugs are a waste of time. They destroy your memory and your self-respect and everything that goes along with your self-esteem. They’re no good at all.”
15. “A friend is nothing but a known enemy.” 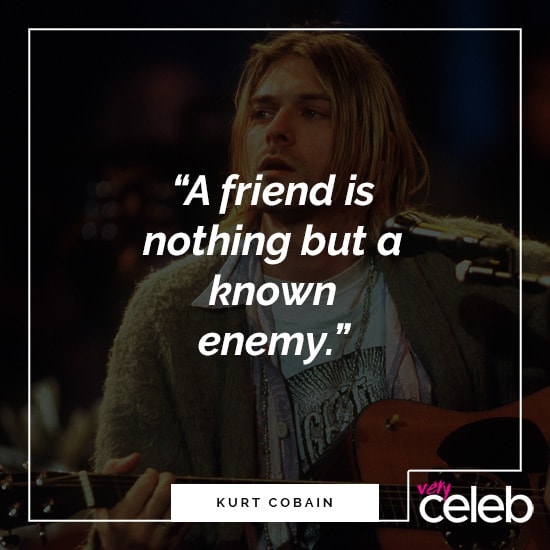 16. “I didn’t know how to deal with success. If there was a Rock Star 101, I would have liked to take it. It might have helped me.”
17. “I like to complain and do nothing to make things better.”
18. “If it’s illegal to rock and roll, throw my ass in jail!”
19. “Forever in debt to your priceless advice.”
20. “Just because you’re paranoid doesn’t mean they aren’t after you.”
21. “Before I die many will die with me and they’ll deserve it. See you in Hell.”
22. “I like to have strong opinions with nothing to back them up with besides my primal sincerity. I like sincerity. I lack sincerity.” 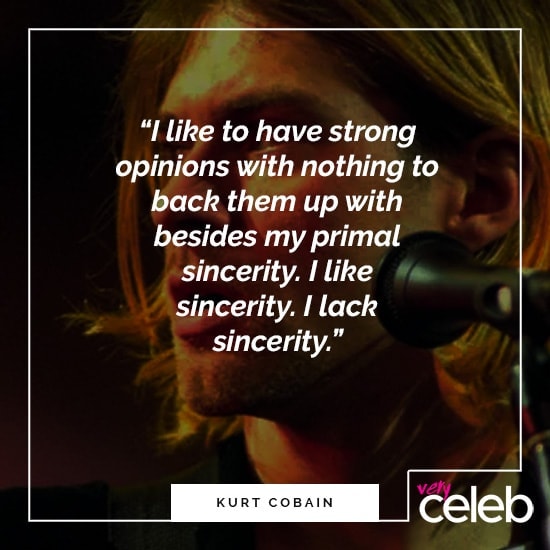 23. “The duty of youth is to challenge corruption.”
24. “I really haven’t had that exciting of a life. There are a lot of things I wish I would have done, instead of just sitting around and complaining about having a boring life. So I pretty much like to make it up. I’d rather tell a story about somebody else.”
25. “Thank you for the tragedy. I need it for my art.” 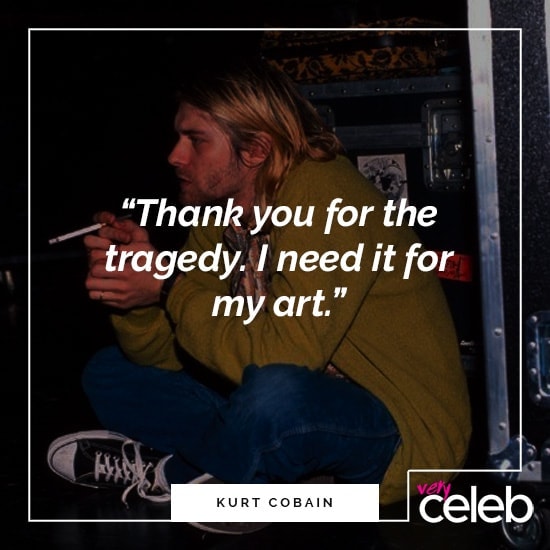 26. “I was tired of pretending that I was someone else just to get along with people, just for the sake of having friendships.”
27. “I had a really good childhood up until I was nine, then a classic case of divorce really affected me.”
28. “If you ever need anything please don’t hesitate to ask someone else first.”
29. “I am not gay, although I wish I were, just to piss off homophobes.”
30. “If my eyes could show my soul, everyone would cry when they saw me smile.” 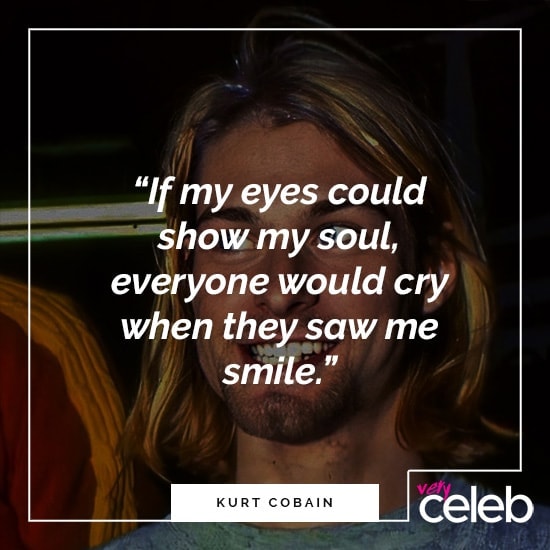 31. “Because there is nothing in the world I like more than pure underground music.”
32. “I don’t care what you think unless it is about me.”
33. “There’s good in all of us and I think I simply love people too much, so much that it makes me feel too fucking sad.”
34. “Come as you are. As you were. As I want you to be.” 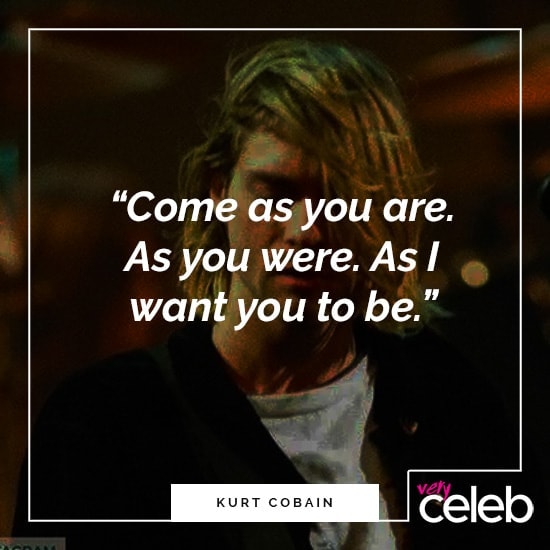 35. “Music is energy. A mood, atmosphere. Feeling.”
36. “They laugh at me because I’m different; I laugh at them because they’re all the same.” 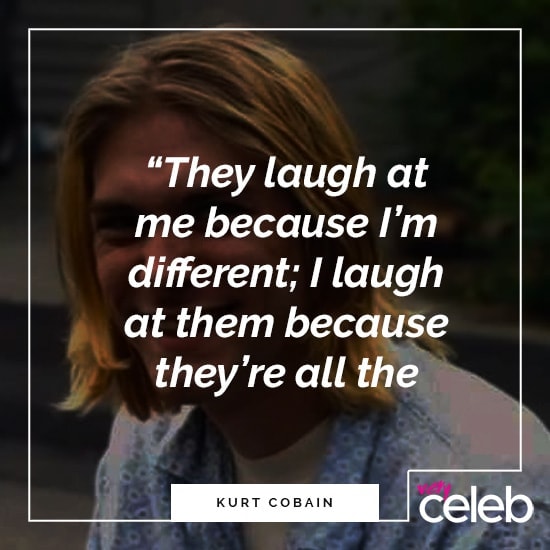 37. “You can’t buy happiness.”
38. “I never wanted to sing. I just wanted to play rhythm guitar – hide in the back and just play.”
39. “I’d rather be hated for who I am, than loved for who I am not.”
40. “Music is first, lyrics are secondary.”
41. “I mean I like to be passionate and sincere but I also like to have fun and act like a dork. Geeks unite.”
42. “I’m not well-read, but when I read, I read well.”
43. “If my eyes could show my soul, everyone would cry when they saw me smile.”
44. “I’m so happy because today I found my friends – they’re in my head.”
45. “Nobody dies a virgin. Life fucks us all.”
46. “There are a lot of things I wish I would have done, instead of just sitting around and complaining about having a boring life.”
47. “If you die you’re completely happy and your soul somewhere lives on. I’m not afraid of dying. Total peace after death, becoming someone else is the best hope I’ve got.”
48. “Wanting to be someone else is a waste of the person you are.” 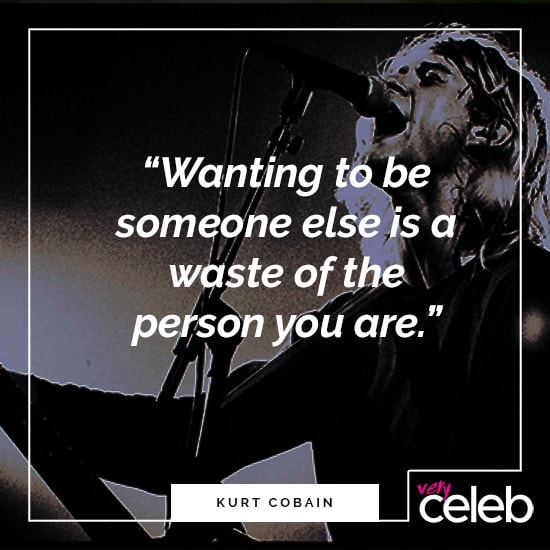 49. “Holding my baby is the best drug in the world.”
50. “Do your own thing. Others own their own thing. If you copy too much, you’ll find yourself in late night cocktail lounge cover band limbo.”
In this article:
Up Next: